Clutter is bad for you

Home » All lifestyle » Clutter is bad for you

Official: Clutter is bad for your health 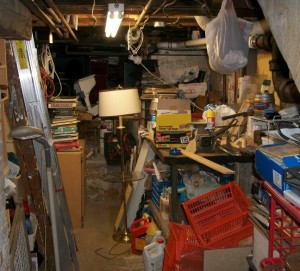 People have been studying clutter a  lot recently and many of the statistics about just what a clutter-filled society we are can be quite scary – and revealing.

Did you know, for example, that the average British woman has twenty two items in her wardrobe that she has never worn?

Studies are also being undertaken to help us understand exactly why we accumulate clutter in our homes or offices.

It can be likened to eating. We know that we have to eat to fuel our bodies and we also know that some foods are good for us and some are not. Yet there are so many obese and overweight people in our society despite our knowledge.

It’s suspected that this is  throwback to the days when food was scarce. Of course, this includes primitive times but also more recent eras – such as during rationing in the Second World War.

The same can be said about clutter. At one time, stuff was expensive. Furniture and household goods were handed down through the generations. They were meticulously cared for too. Even clothing was passed down. One British historian calculated that prior to the Industrial Revolution a simple shirt could cost about  £2,000 if translated into today’s money.

Now, we have a throwaway society – except we don’t.

In the States, a group of experts did a survey which showed that nine out of every ten homes has so much clutter that they have to keep often-used household items in the garage. A full three-quarters of the homes surveyed had their garages so full that there was no room for cars.

Going into a home, the smallest on the survey at under 1000 square feet, researchers found that there were 2,260 visible items in the living room and the two bedrooms. This did not include items that were behind cupboard doors or otherwise concealed.

Just as experts are saying that obesity is reaching epidemic proportions, so some claim that we are also drowning in stuff, causing a clutter crisis.

Is this bad for us?

Most of us know that life is so much better in a clutter-free environment. Clutter causes accidents and helps bacteria and dust gather in our homes. Just as the British government believe that two thirds of the population are overweight, they calculate that about the same number of people wish they had less clutter in their lives. The fact that these people are aware of the problem indicates strongly that they are aware that it is not helping them to live life to the full.

Researchers discovered that people who feel bad about the level of clutter in their homes have increased levels of this hormone. And this hormone is associated with ‘chronic fatigue, post-traumatic stress disorder, and a higher risk of mortality’.

Some experts are saying that this is such a serious problem that measures should be taken to educate the public and encourage them to spend money on experiences,rather than material goods that will end up in the basement, attic or garage.

Even further studies have revealed that people achieve more happiness from the things they experience rather than the stuff they own.