Who Was Colonel Tom Parker?

Home » All books » Who Was Colonel Tom Parker? 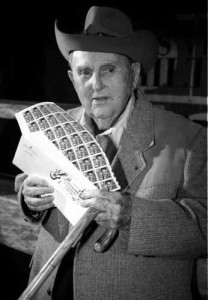 To start with, he wasn’t a colonel. And actually he really wasn’t called Tom Parker. He wasn’t a musician but his name has gone down in musical history.

He was also an illegal immigrant, an army deserter and quite possibly a murderer. Some people who knew him say that you couldn’t wish to meet a nicer guy and that his generosity was legendary. Others say he was tough, ruthless and only interested in making money.

There are those who claim he was an inveterate gambler and lost millions of dollars at Las Vegas. Yet others tell that he would dress up as Santa Claus for children’s parties and gave away most of his money to charity. So who was he? 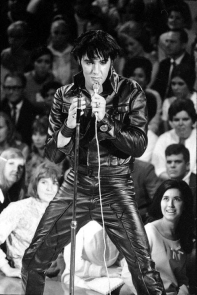 Parker always claimed that he’d been born in America but in fact he entered the world as Andreas Cornelis van Kuijk in the Netherlands. He started his career in entertainment there, when he was still a boy working in carnivals. When he was fifteen years old he took himself off to Rotterdam where he worked on boats.

A couple of years later,or so one of his biographers reports, van Kuijk was involved in a murder case and fled the country by the simple method of leaving the ship he was working on when it docked in the United States. He first entered the country as an illegal immigrant at the age of eighteen.

For a while he worked in carnivals, drawing on his previous experience, then in the late 1920s he enlisted into the US army using the name ‘Tom Parker’. But after a couple of years, he deserted. Far from gaining the title of colonel, which he used in his later years, he was captured and put into solitary confinement.

Having been dishonourably discharged, he returned to working in the carnival trade and in 1932 he married. Well, maybe. He claimed to have married an American girl in Florida. They certainly lived as man and wife until her death but there are no records of an official marriage.

She, Marie, had been married twice and had a child from one of her previous marriages. Those who see Parker, as he now called himself, as the villain of the piece insist that this was a marriage of convenience and having a wife (or ‘wife’) and ready-made family lessened his chances of being discovered as an illegal immigrant. But the fact remains that the two were together until her death over fifty years later.

Gradually, Parker entered the more mainstream entertainment business and started to act as the manager for singers. In 1940 though he had the opportunity of becoming a legal US resident but didn’t take it. The government was offering an amnesty to illegal immigrants one the condition that they would fight in the war should it become necessary. Parker did not avail himself of this opportunity.

Why didn’t Tom Parker become a US citizen?

Parker’s detractors believe that he had no wish to register to fight for the country because he didn’t want his previous somewhat disreputable army record to be discovered. Or, for that matter, his illegal immigration status. It was to be fifteen years before his relationship with Elvis Presley began and it’s true that Parker never again left the US.

Elvis was always talked out of performing out of the United States by Parker. Although Elvis performed three concerts in Canada in the early part of his career, those were the days when the border between Canada and the US required no passports.

Most managers take between fifteen and twenty percent of their client’s fees. Parker, it’s said, took a full fifty percent of Elvis’ earnings. His supporters though say that this wasn’t the case although he did take fifty percent of the royalties from merchandise. This was deemed to be fair enough because it was Parker who arranged the lucrative merchandising deals and all Elvis did was give his name to them.

But it’s certainly true that the colonel made an error of judgement when he sold Elvis’ back catalogue in 1973. This meant that after Presley’s death, his estate would receive no royalties from any music made before 1973. This fact was later used in court to show that the colonel didn’t have Elvis’ best interests at heart but his own.

The later years of Elvis Presley

Elvis had to keep performing in his last few years because he needed the money despite the fact that it was obvious that he had health and drug problems.  Many people today believe that Elvis’ money problems would have easily been solved if he had accepted one of the many offers he received to perform overseas. Or rather, the offers the colonel received on Elvis’ behalf.

But Parker would never accept an offer from overseas regardless of the huge amounts of money offered. He always accompanied Elvis on tour and had no American passport. Despite being married to an American citizen (possibly) and despite having served in the US army, citizenship or permanent US residency status cannot be granted to people who entered the country illegally, which of course Parker had when he jumped ship all those years before.

Parker was all-controlling – why did he do nothing about Elvis’ obvious problems?

Eventually it became know to many that Elvis had medical problems. His entourage had known for some time but near the end he appeared on stage slurring his words and forgetting lyrics. It must have been amazingly sad to see what had happened to that once-beautiful young man.

Elvis was without doubt overweight. He was addicted to many prescription drugs supplied to him from various doctors. These two factors put together were causing him immense health problems. Why did Parker do nothing to prevent his decline? As always with the colonel, there were two schools of thought.

Those who were charitable in their memories of Parker say that he was simply at a loss, that he had no idea what he could do. And then of course there are those who maintain that Parker just didn’t care – he’d made a fortune from the golden goose that Elvis had become.

However, we’ll let Elvis have the last word. He said of the colonel:

“I don’t think I’d have ever been very big if it wasn’t for him. He’s a very smart man.”

Let’s see Elvis at his best: