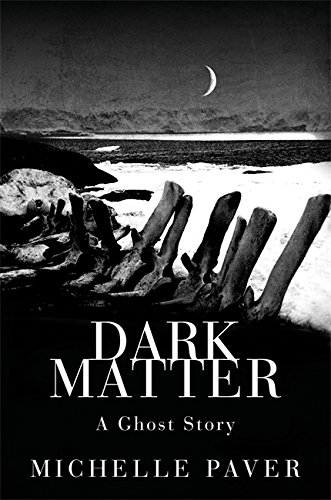 What makes a good ghost story? For me, it is not the appearance of the ghost, spirit or demon, but the build-up of tension, reactions by the haunted to the apparition, and evocative description of location.

I like too, a sense of ambiguity about the ‘ghost’ – is there one? Or is it the imaginations of the haunted playing dark tricks on them?

Michelle Paver’s novel, ‘Dark Matter. A Ghost Story‘ , has all these ingredients, and more. The setting is unusual – the Arctic – and the story is told largely in the first person through the journals of Jack Miller, a radio operator, who has joined two other men on a scientific trip to ‘Gruhuken’, a lonely outpost in the Arctic circle. The year is 1937.

Jack is from a lower middle-class background and is at first intimidated by the other two privately educated men, Gus and Algie. From the start, Gruhuken is seen to represent something sinister; there are rumours on the outbound journey about the place, and the captain and crew of the freight ship taking them there are clearly frightened of landing there.

Left alone at Gruhuken, the Jack, Gus and Algie establish their base, build a cabin, and start their work.

Michelle Paver evokes the huge emptiness of the Arctic: the raw lawless savagery of the landscape; the undisciplined dogs; the abandoned mine workings and history shrouded in secrets. The profound silence of the place begins to affect the men, but they manage to build a working life out of the routine; Jack, competent at his job, feels more relaxed in their company, particularly with Gus, the leader, who he begins to hero-worship.

But Jack begins to see and hear things: a man suddenly appears and as quickly disappears; he hears sound of metal chains dragging on rock. The others seem unaffected, so Jack keeps his own counsel. He has built a reputation as a ‘sound chap’ with his colleagues, particularly Gus, so does not want to destroy this.

Gus is taken ill and Algie takes him back to the nearest town, leaving Jack alone with the dogs. The loneliness, the reputation of the place, and the apparitions begin to affect him. The long Arctic nights also descend on the camp, throwing Gruhuken into blackness for most of the time. Jack is in touch by radio with the nearest town, but his days are long and oppressed by the environment. The apparition returns, but Jack rationalises it as ‘echoes’ from the past; figments of his own overwrought imagination; the haunting, he feels, is in his own head, not in reality.

However, his confidence is badly shaken when he reads in the leader’s diary that Gus and Algie have seen and heard ‘something’ too, but did not want Jack to be spooked by their fears.

Badly rattled now, Jack imagines or dreams an image of a terrible deed committed at this place – just outside the cabin window.

Now the dogs are badly frightened by something too; something that moves ever close to the living quarters.

By now, Gus and Algie are now set to return to Gruhuken, and the tension of the final part of the story revolves around the realisation that Jack is close to rescue, but that the apparition is closing in on him.

I won’t spoil the ending for you, but it was unexpected and terrifying.

Michelle Paver writes in an economic way: her prose is as crisp as the landscape she describes, and she cleverly evokes and cranks the tension gradually, using recurring images to parallel the ‘echo’ idea of hauntings. It is not literally true (and a cliché) to say, ‘I couldn’t put the book down.’ But I certainly welcomed returning to it and came away spooked and well-satisfied by the story. Recommended. 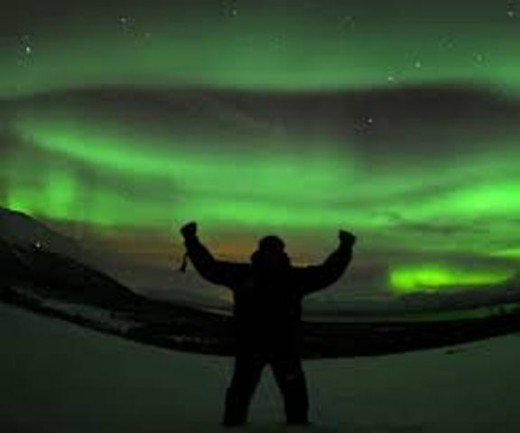