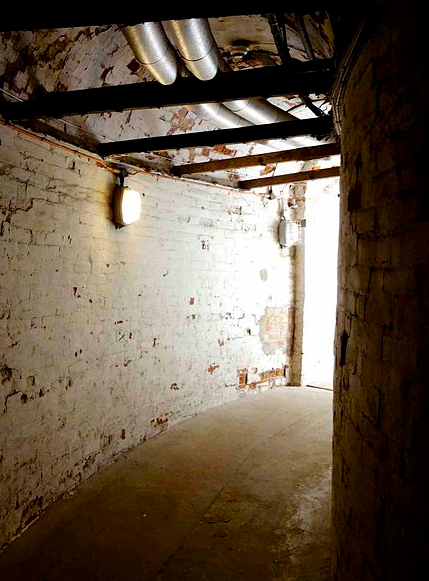 Drakelow Tunnels are located in Kidderminster in England and have a fascinating history that includes the Second World War, the Cold War, ghosts and even cannabis. A curious combination, that’s for sure.

This huge underground complex was built in the early stages of the Second World War and was an entire underground factory, including facilities for the workers.

The Rover Car Company was building engines for Air Force planes and it was essential that they had a facility that couldn’t be destroyed by enemy bombs, hence the underground factory.

The workforce laboured underground with no natural light or fresh air and the factory provided a concert hall, a sick bay, refreshment rooms, games rooms and everything you would expect to keep the workers fit and happy.

Just a few years after the end ofthe Second World War, the possibility of WW3 was real. The government feared nuclear attacks. Drakelow Tunnels were used as an underground bunker which had full communication facilities and supplies to ensure that the facility could be self-sufficient for several months in the event of a nuclear attack.

By the early nineteen nineties the bunker was decommissioned.

Are the Drakelow Tunnels haunted?

There were several accidental deaths during the construction and therefore, rumours began that the tunnels are haunted. Staff and visitors recount many strange experiences.

In the 1990s a caretaker heard music in the tunnels one night. And it wasn’t current, it was nineteen forties style music. The caretaker knew that there was no equipment in the tunnels that were capable of transmitting sound. He thought that for some inexplicable reason someone had brought and left a radio into the tunnels. He searched for the rest of the night (six hours in total) but the source of the intermittent music wasn’t found. The only broadcasting equipment that had ever been in the tunnels was the tannoy – which hadn’t worked since the nineteen fifties.

In 2013, a police investigation found that there was  huge hydroponic cannabis growing operation within the more remote areas of the tunnels. I like to think of the combination of this and the ghosts 🙂

There are open days every three months where members of the public can visit this amazing place. If you’re not likely to be in the area, you can take a virtual tour (and learn more about the supernatural aspects) in the video below.

The owners of the site want to make the tunnels into a year-round museum. Their open days are a huge success. See the post from their Facebook page below.

Post by Say YES to the Drakelow Tunnels Museum Development.