My experiment with coconut oil capsules. 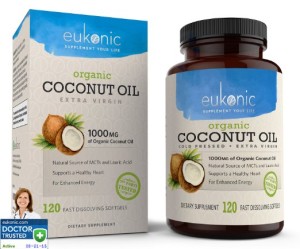 I’d heard from my colleague Merry about the benefits of coconut oil so I have been using it occasionally in cooking. But when the opportunity came up to try taking coconut oil as a supplement, I decided to give it a try.

I liked the fact that these softgels are organic but yes, I was sceptical I admit. There’s been such a lot of hype about coconut oil for quite a while now – would these capsules be of benefit to me? Read on!

Of course, companies that produce supplements aren’t permitted to make unsubstantiated claims for their goods but I can certainly let you know how these work for me 🙂

What the description on Amazon says is that one benefit of taking regular coconut oil is increased energy. That’s always good. They also claim that it can help weight loss. Let’s see shall we?

The directions state that one or two softgels should be taken daily. I decided to take two for the first three days – to boost things a little – then reduce my intake to one a day. When I used to run a health food store many years ago, I advised my customers that they should take a supplement for at least a month before expecting benefits. But yet —

On the seventh day after starting taking the coconut oil daily, I noticed that at lunchtime I was full after eating only half my normal portion. Being greedy and not liking waste I still cleaned my plate, but was this an effect of the coconut oil? It turns out that the answer is yes, as this has remained.

Having a sedentary job and not feeling that lack of energy is a problem for me, I wasn’t expecting increased energy but unexpectedly found that I was moving around to music as I was doing the dishes.When did I last do that? After one one week it did seem that the coconut oil capsules really were giving me increased energy!

I was determined to give the supplement a fair trial and made no other changes to my lifestyle or eating habits.

At the beginning of the second week I noticed that my skin felt softer. Was this all in the mind or was it the coconut oil? I wasn’t certain. After a few days, I was sure. Yes, my skin really was feeling softer and the few patches of dry skin on my body had completely disappeared. This was fantastic. But the real revelation came on the tenth day.

On my lower arms, hands and lower legs I have what are unkindly called ‘age spots’. (I prefer to call them ‘large freckles’.) They are a legacy of being a sun worshipper when I was younger. On the tenth day after starting taking the coconut oil, almost all of them had disappeared from my arms and hands. This is amazing after only ten days!

I have also noticed that my fingernails are stronger and seem to be growing faster.

Read what others have to say on Amazon.

An unexpected benefit in week three

When I first came to live in hot and steamy Florida I developed tiny spots on my face. These were flesh coloured and didn’t hurt in any way. They also (sorry to be gross) cannot be squeezed in the way pimples can. I had them removed by a dermatologist who explained that they are called milia and are quite common in people who move from cool climates to warm ones.

The removal worked but over the years, they returned. It seemed pointless – and expensive – to keep returning to have them removed so I decided I’d just have to live with them. I don’t examine the things too often but I’m sure that they have diminished.

I will definitely continue with these softgels. Now, after four weeks, I am seeing these results: 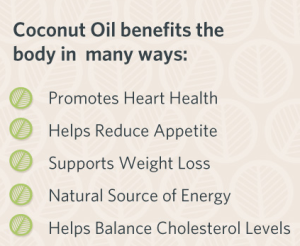 I’ve been amazed, as you can tell from the above. These coconut oil capsules have proved to have many benefits in only four weeks of use. Something I also especially like is that they are not in the least expensive – the cost is just pennies per day. I’m very budget-conscious but you can be sure that I’ll keep taking the coconut oil.

Remember too that the remarkable benefits I’ve seen have been mainly on the outside – so I think it’s safe to assume that they are working their magic on the inside too.

If like me you take just one every day, then one jar of these will give you a four months supply. I highly recommend them and I suggest that you read what others say at Amazon