Book review: Eye for an Eye, by Ben Coes

Home » All books » Book review: Eye for an Eye, by Ben Coes

Book review: Eye for an Eye, by Ben Coes 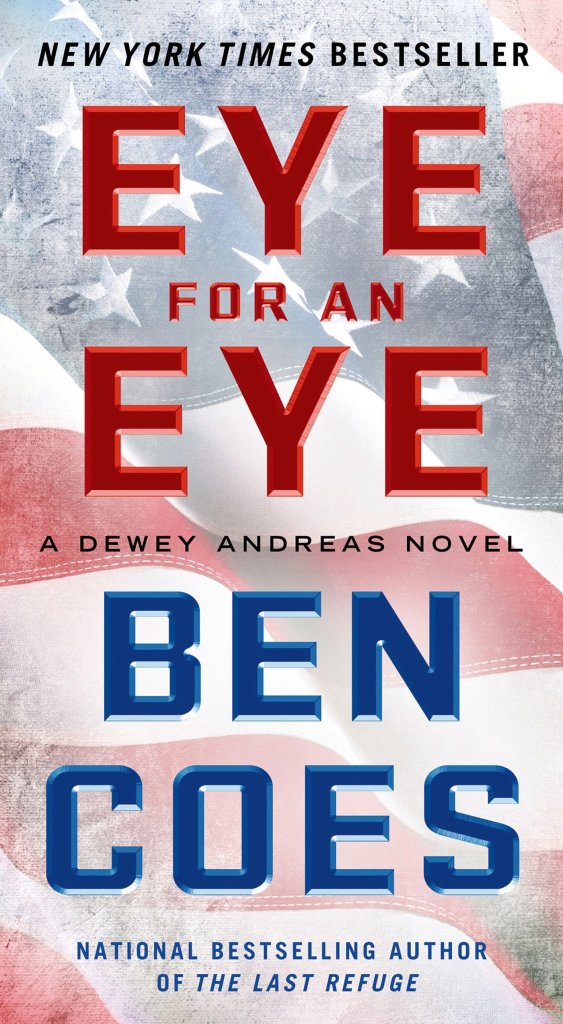 Eye for an Eye: A Dewey Andreas Novel

Ben Coes has become another of my favorite new authors. When I say new, I mean in the last five years or so. His first novel was a wonderful find.

Power Down was an amazing book, and will soon be the subject of another review.

Eye for an Eye

continues the tradition or suspense and excitement. Featuring recurring character, Dewey Andreas, in all his talented glory, the novel is a roller coaster—fast moving with jolting turns that keep you tuned in to every page.

The full review can be read right here

Eye for an Eye has the head of state security for the Chinese government seeking to kill Dewey.

When another is killed my mistake, Dewey is on the hunt himself.

He soon discovers that it isn’t simply revenge against Dewey himself. There are those in the upper echelons of the Chinese government who are plotting to take down America.

Due to our dependency on them, the United States must tread carefully in response.

Thankfully, Dewey Andreas is already involved. While it might seem a bit beyond human ability, it is nevertheless an exciting tale I enjoyed immensely.

Eye for an Eye: A Dewey Andreas Novel

The books are very good in the audio version if you are interested in listening to the book. Peter Hermann is a great choice of narrator.

Since often the same narrator stays with a series, it is important to have the voice of Dewey Andreas match your imagination. Mr. Hermann is Dewey now.

Actually whisper-sync would be a good way to read these novels.

If you read on your tablet at night, you won’t want to stop when you have to go to work. Switch back and forth so you can keep reading!

Looking forward to his next entry, Independence Day, due out in May of 2015. He has definitely won my loyalty!