Falling For The Stars: A Stunt Gal’s Tattle Tales, by Lisa Loving Dalton

Home » All books » Falling For The Stars: A Stunt Gal’s Tattle Tales, by Lisa Loving Dalton

is our featured author today.  Currently on tour with iRead Book Tours, you can find this entertaining author at a variety of virtual sites through December 9th 2016.

You won’t want to miss this book or the article below.  As a stuntwoman for many big name stars and movies, you will be fascinated by her stories.

Lisa has shared the post below with Jaquo Lifestyle Magazine today.  Be sure to check out the schedule below for other articles and interviews.  It is such fun to learn what goes on behind the scenes!

Coping with fear is a big part of being a stuntwoman. Since fear surely has reared its head in our culture today, I was asking myself “How can I share with others what I learned about fear management? How can they use that in their lives?”

What if your life is, in fact, your movie? And all the jobs in the production, all the roles in the story are in fact simply parts of you?

Yes, and if you are those,

• You are also the producer paying the bills,
• The production assistant getting coffee,
• The camera operator recording the moments,
• The makeup artist making you look your best,
• The costumer choosing your clothes and
• The cook on the set feeding you.
• You cast the players in your life.If you are all of these, then you must also be the stunt player, who undertakes the dangerous tasks.You must be the one who is willing to risk the unknown. Fear has a great deal to do with the unknown.  Are there dreams you are too afraid to follow? If so, perhaps it is time to find out more about how one takes the first step toward that dream. Is there real danger in pursuing your dream? Or is it merely the scary unknown or the limitations of society?Knowledge is enlightenment and the “light” part of that dismisses the darkness of fear. This really is the way the stunt player survives the task. We bring to light the dangers and we see what isn’t really a threat.We look at the challenge with the curiosity of a scientist. We study the facts around the desired outcome, calculate the variables, and the potential consequences “if” X becomes Y instead. We then create decisions for each of the likely scenarios, and rehearse them, mentally at least. We can‘t always rehearse them for real. Once we prep for the dangers, we focus wholly on the perfect, safe execution of our dream fulfilled. Then, when we go on the ACTION cue, we trust that we have prepared well.In this way, our fear becomes awareness and serves us well. Recognize the message your fear is sending you and allow it to inspire your life in a healthy way.

I love hearing from readers so please reach out to me. Post a comment and tell me about how you are coping with your fears. What would you like to ask about coping with fear and training your inner stunt person to leap tall buildings?

Thank you for spending time with me.

This Behind-the-Scenes Tell-All About Doubling for Celebrity Superstars Also Reveals the Compelling Life Story of an Insecure Hollywood Arrival Who Rises to the Top of Her Field, But Pays a Hefty Price.

Discover the magic and the tragic stories of many great films & TV shows through the eyes of a stuntwoman. Dalton reveals what it took to hang over cliffs, get hit by a moving car, drop from five stories up, dodge an avenue full of speeding cars–and to ignore the Universe’s more gentle prompts that it was time to quit and follow her passion into acting full-time or teaching acting.

The resulting career-ending spinal injury has a story of its own, how she researched medical and alternative paths that form the heart of what she shares with the world today. “What stands out in this book is the indomitable spirit the author has, despite the extraordinary price she paid for her stellar career–including misogyny, a miscarriage, and a life-long back injury. And each juicy story she relays in her fascinating chronicle, brings home an important life lesson for the reader–one that she learned the hard way. 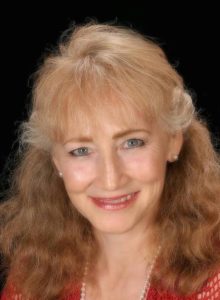 Always seeking and finding the silver lining, she has made the most of whatever life threw at her. She says, “I spill stuff, trip and drip all of the time so I made a career out of it. My advice: Embrace what is as perfect.”

Dalton appeared in more than 200 films, television shows and commercials in New York, Hollywood and Texas, including work in Ghostbusters, Money Pit, Crocodile Dundee, Married to the Mob, FX, Legal Eagles, and Splash on the big screen and ER, HBO’s Carnivale, Dr. Quinn and Melrose Place among her many TV credits.