My First Car – A Ford Maverick

Home » All lifestyle » My First Car – A Ford Maverick

My First Car – A Ford Maverick. 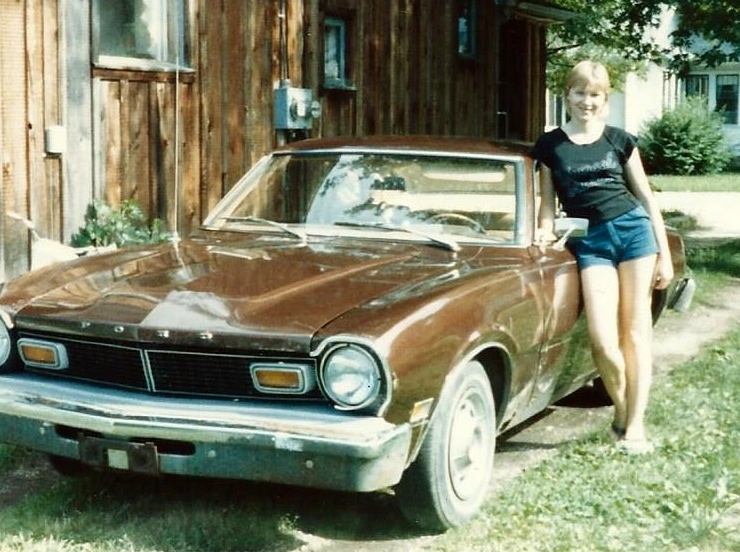 I didn’t have a car until I went to college in Michigan. It was in my second year there that I thought it was time I got something but wasn’t sure what. At the time I spent a lot of time with my boyfriend and his family. His siblings lived almost next to the campus so we got to get off campus often and hang out with them. Then one day his sister and husband said they were going to sell their car. It was Ford Maverick. They knew I was looking for something. So as we talked about it and I said I only wanted a beater that I didn’t need a new car. I just needed something to get around in and besides I didn’t have much money. Their car was an older one in the 1970’s with higher miles. It was kept up in good condition for what it was. So I checked it out more and decided it would be okay to buy. At least they were honest people to buy from too. I only paid $300 believe it or not. I was pretty proud of myself for paying for it all on my own; no help from my parents. So both being a beater and low dollar’s was perfect in my eyes for my first car.

The only thing I had to do was learn to drive it. Now doesn’t that sound funny? 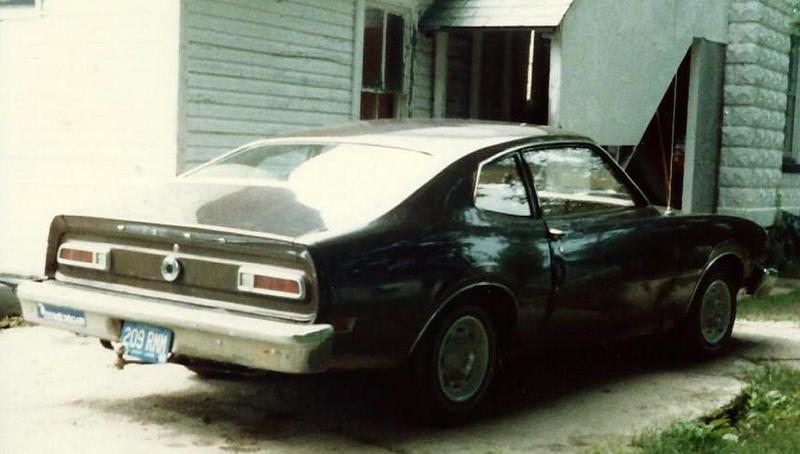 Why would I have to learn to drive it, right? Of course I knew how to drive. I got my license when I was 16. There was a little hitch. When you looked inside the car it looked like an automatic but it was deceiving. It was shifter I was told. I said no it’s not, I don’t see a floor shifter. To my surprise it was a column shifter. Wow! I thought. I’d never learned to drive a shifter of any kind yet. I wasn’t so sure about that. So I had to do some practicing before I went very far. It was interesting learning to drive it. I grinded a few gears learning. Yikes, right? At least it was for me. I almost wasn’t sure I’d made the right choice. I almost backed out of the deal but once I got a little more comfortable and got the hang of it I was okay with it. I even liked it except on hills. I didn’t like the roll back. It took me a bit to not do that but again with practice I was soon fine. After all that I became even more excited to finally own my very first car. After all it was such a cute little brown car.

I drove it everywhere. From school, to the store, to the beach nearby and even all the way home to Wisconsin on my breaks. It was a good 7 hr. drive. It was fun traveling back and forth in my little Ford Maverick. I learned how to do the basic service up keep of it which helped to keep it running good.

Then a year later it started rusting out pretty bad underneath. The frame was falling apart. I s topped driving it just in time before the middle broke. I think I’d of been quite surprised if it would broke while I was driving it. I had so many great memories. It sure had served me well for the time I had it. Oh how I hated to part with my first car but I knew there was no choice. So with a few tears I said goodbye to my little brown Ford Maverick. 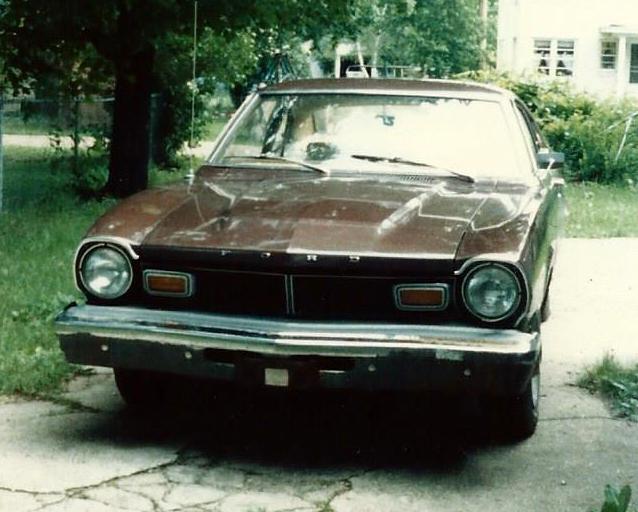