When you’re thinking about visiting Fort Lauderdale, ghost hunting is probably one of the last activities you’d think about. But the local area is rich in history and yes, ghosts abound.

Of course, you’ll also enjoy all the many and varied activities that Fort Lauderdale offers – the beach, the ocean, fine dining, shopping, watersports, museums, theatres and much more – but if you’re interested in the paranormal there’s so much to occupy you here.

The first permanent resident settled here in 1893. Until that time, South Florida was mainly the home to Seminole tribes and, because of its remoteness and dangerous swamps, desperadoes who were hiding from the authorities. But even when Fort Lauderdale entered civilisation it became a place whose history is crammed with mysterious deaths, untimely ends, murders — even a massacre and an execution. 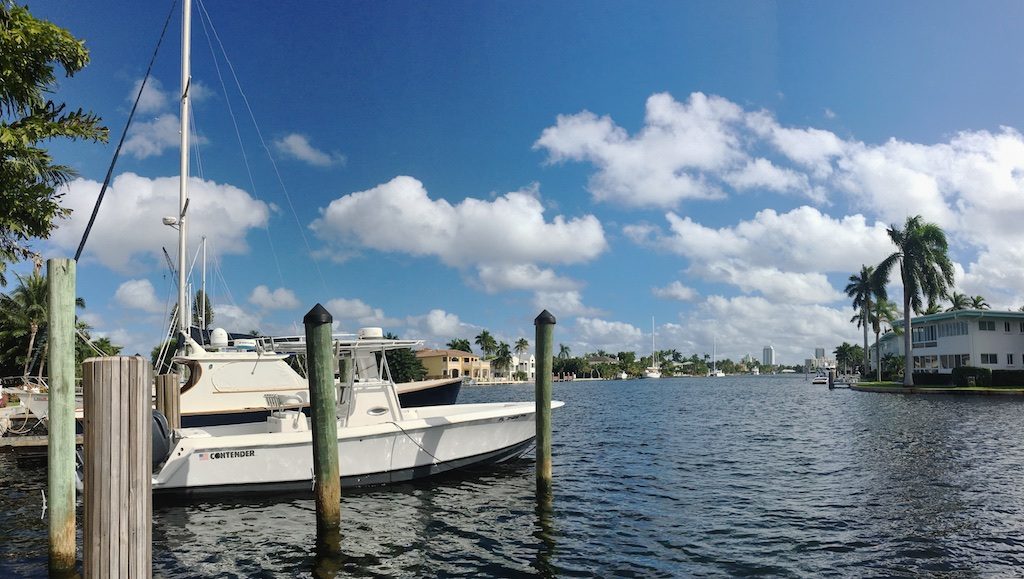 The view from your vacation rental

See more about the apartment here.

Did you know that the street on which your vacation rental is located is named after the doctor who officiated at Fort Lauderdale’s only execution? And the execution took place just a mile away, right on Fort Lauderdale beach. Even your apartment has a history. Built a couple of years after the Second World War it retains it’s Mid-Century Modern features. But is it haunted? You decide.

You can see from the map below just a few of the place of interest if you’re ghost-hunting.

There are too many places to mention here. For example, on Las Olas Boulevard, close to the rental apartment, is the Merle Fogg Park. This is located in the place where Mr Fogg set up the first aviation business in Fort Lauderdale in the early years.

In 1928 he was killed in an air accident when he was still a young man. Does he still visit the site of his innovative business?

It’s impossible in one short article to mention the rich and famous (and infamous) people who have walked along Las Olas Boulevard. And who knows which other ghosts lurk in our neighborhood?

See details of the apartment here.

Important! Be sure to include at least one weekend when you book your trip. At weekends there are guided ghost walks and on Sunday evenings a ghost river tour.