Home » All books » Grimm Woods, by D. Melhoff, A Review

On A Virtual Tour with D. Melhoff

If you’ve read any of the Grimms Fairy Tales, you probably remember them as stories for children with lessons in each. While that isn’t how they were written—early on most were considered inappropriate for children—the adaptations we see today, in movies or children’s books are generally more uplifting stories.

Grimm Woods brings those tales into a gruesome, very adult novel, all set in a park created around the different stories. Little Red Riding Hood, Hansel and Gretl, Sleeping Beauty, Rapunzel…to name a few. After a variety of owners, the property was bought by a woman to open a camp for children, with teens as counselors. She now runs it with Ella, the cook, and Bruce, the handyman/caretaker.

This year, there are a number of new counselors. Some who don’t especially want to be there. The teens selected have each had some trouble with the law. Each has the idea that part of camp is to party and connect. Many of them aren’t even likable. Yet the youngsters coming to camp will need they care and attention.

Then Come The Bodies

Soon after the opening day at camp, two of the counselors are found dead, apparently of an overdose. While everyone is horrified and saddened, it isn’t until the following day that terror sets in with another death. And this round is clearly not an accident.

Now the counselors—the teens—have to get serious. Because they are trapped there in the camp, far from any town, with a killer in their midst. Will they find the killer before he strikes again? Unfortunately clues to their fates can be found in the old book of Grimm’s fairy tales. What they find there is enough to frighten anyone.

At first I had a hard time getting into the characters. Their attitudes and actions weren’t anything to draw me in. But after the first few chapters readers will find they grow on you. Especially when they are forced to protect themselves and the several dozen children visiting the camp.

It became a tension filled story with violence and shocking twists, especially in the dark of night when a glimpse of light from the moon may reveal more than you or the characters want to see.

A remote summer camp becomes a lurid crime scene when the bodies of two teenagers are found in a bloody, real-life rendering of a classic Grimm’s fairy tale. Trapped in the wilderness, the remaining counselors must follow a trail of dark children’s fables in order to outwit a psychopath and save the dwindling survivors before falling prey to their own gruesome endings.

Drawing on the grisly, uncensored details of history’s most famous fairy tales, Grimm Woods is a heart-pounding thriller about a deranged killer who uses traditional children’s stories as tropes in elaborate murders. Set against the backdrop of modern-day Michigan, it’s a journey through the mind of a dangerous zealot and a shocking glimpse into the bedtime stories you thought you knew. 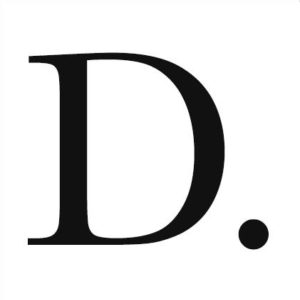 D. Melhoff was born in a prairie ghost town that few people have heard of and even fewer have visited. While most of his stories are for adults, he also enjoys terrifying younger audiences from time to time, as seen in his series of twisted picture books for children.