Home » Featured » Who is Helmut Marko? 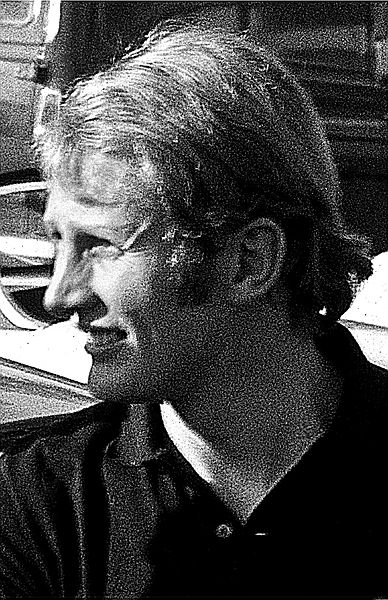 In recent years, Formula One fans grew accustomed to the sight of Austrian Helmut Marko looking proudly on as his protege, Sebastian Vettel, was on the podium when he drove for Red Bull Racing.

But who is he? What’s his background?

He qualified as a lawyer but did you know that he was once a Formula One driver himself? His record comes nowhere close to that of ‘his boy’ Vettel- he scored no championship points during his short ten-race F1 career.

But he had a great deal of success in sports cars,particularly at Le Mans, setting records that are still unbeaten.

His racing career ended at the French Grand Prix of 1972. Jackie Stewart won that Grand Prix but for Marko it was the end of the road. During the race he was in fifth place when he was overtaken by the car of Emerson Fittipaldi. As Fittipaldi went by, a stone was thrown up from the circuit by the wheels.

It went straight through the visor of Marko’s helmet and hit him directly in the eye. He managed to control the car, even though he was in pain and almost blinded, and the car did not crash. But the stone had done its damage and Marko was permanently blinded in the eye that had been hit. That was the end of his career as a competition driver.

When he realised his career was over, he turned to the business of being a hotelier but it seems that the lure of the circuit was too great for him. He started to mentor and manage young drivers, amongst them Gerhard Berger, Juan Pablo Montoya and Karl Wendlinger.

Then of course, he took Sebastian Vettel under his wing.

Vettel was not his only recent contribution to the sport. The full-face visors that you see drivers wearing today, which are claimed to be bullet-proof,  are another enhancement initiated by Dr Marko.