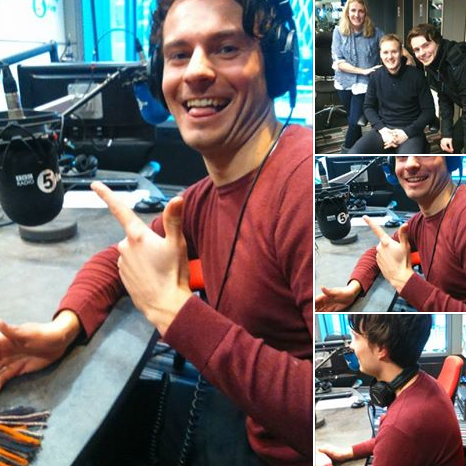 I just heard about Henry today and already he’s my new hero. He’s a young musician / songwriter who wants to ‘make a difference’. He does and he will.

Do you have scars? Maybe wrinkles? (Yep) And are you beautiful? According to Henry Mayberry you are and he wants others to see you in the same way.

See the wonderful video below. If it doesn’t bring a lump to your throat or a tear to your eye, then I promise you, you have no heart.

The first person you’ll see on the video is a chap called Simon Weston. Some people might say that he’s not exactly easy to look at. But he is beautiful and I’ll tell you why.

Simon was in the British Army and in 1982, was serving on board the RFA Sir Galahad when it was bombed. The ship caught fire and you can see what happened to Simon’s face in the video.

Rather than sit and feel sorry for himself, he became the patron of many charities and has worked tirelessly to raise funds – and awareness.

There. Doesn’t that put my wrinkles into perspective?

Henry started writing when he was just a kid. He wrote about issues that concerned him- those he saw around him. And he has had his own challenges to take into account.

He loved music but was determined to be a pro rugby player. When he was fourteen, he was diagnosed as having juvenile arthritis and bang went his hopes of being a sportsman. He still suffers from it to this day – it’s one of those painful ailments that people don’t realise exists. Then he lost his beloved older brother. Not a fun life. But yet he wants to create awareness for those ‘less fortunate’.

I found out about Henry today when I heard him being interviewed on BBC radio. He’s not just a fabulous musician who cares – he seems to be a really nice bloke too.

Note. Simon Weston is a patron on the Blond McIndoe Institute and the wonderful work they do there. Archibald McIndoe was an innovator of plastic surgery working on airmen who had been horrifically burned in the Second World War. He was the instigator of the astonishing Guinea Pig Club.