How to Change a Duvet Cover

Home » All lifestyle » How to Change a Duvet Cover

But to read comments on various websites, it seems that so many people ‘hate’ changing the duvet cover. Either that or they say it’s so time consuming or that it takes two people – one of which ends up inside the cover …..

Now this is crazy. It takes about a minute and is simplicity itself.

I’ve even heard of people who use a sheet below the duvet so that they don’t have to change the cover often. (That seems a little gross to me but maybe that’s just me?) There’s even a video doing the rounds of a bizarre method called the California Roll. I’ve tried it – it’s time consuming. Here’s a much easier way.

Step one
Lay your duvet on the bed in it’s normal position. Place the duvet cover on top – be sure that it’s inside out and that the buttons or fasteners are at the bottom of the bed. 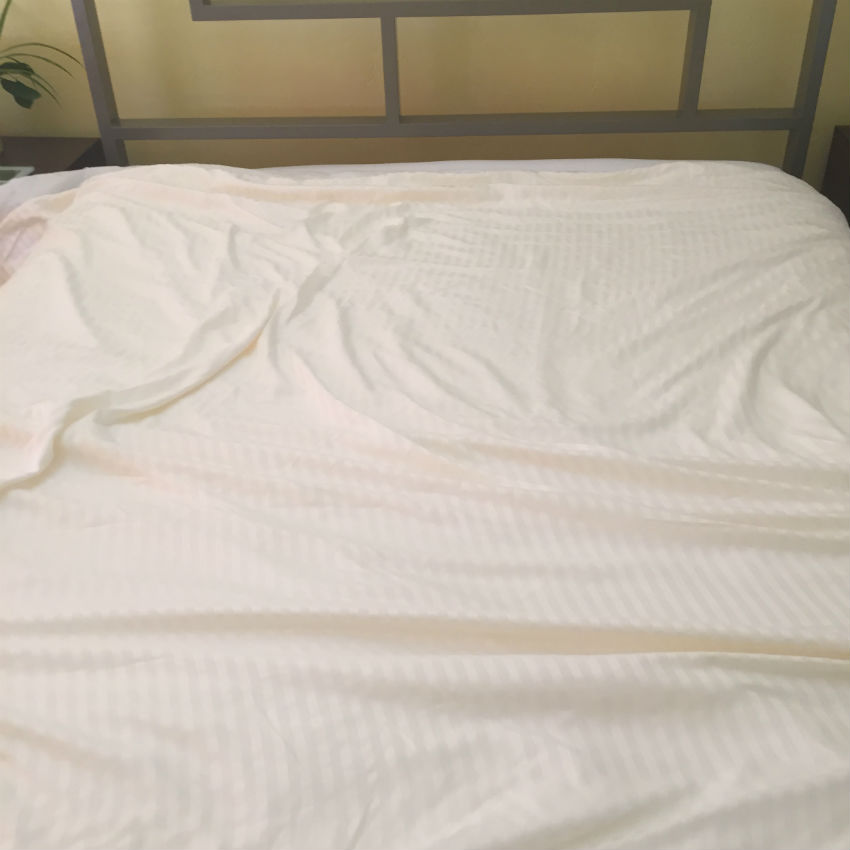 Stand at the bottom of the bed. (When you try this method for the first time, it’s a good idea to have some clothespins handy until you get used to it). Put your hand inside the duvet cover at the left. Scoot your hand up the left side seam and grab the top left corner of the duvet with the top left corner of the cover. Twist so that it’s no longer inside out and add the clothespin. Repeat on the right hand side. 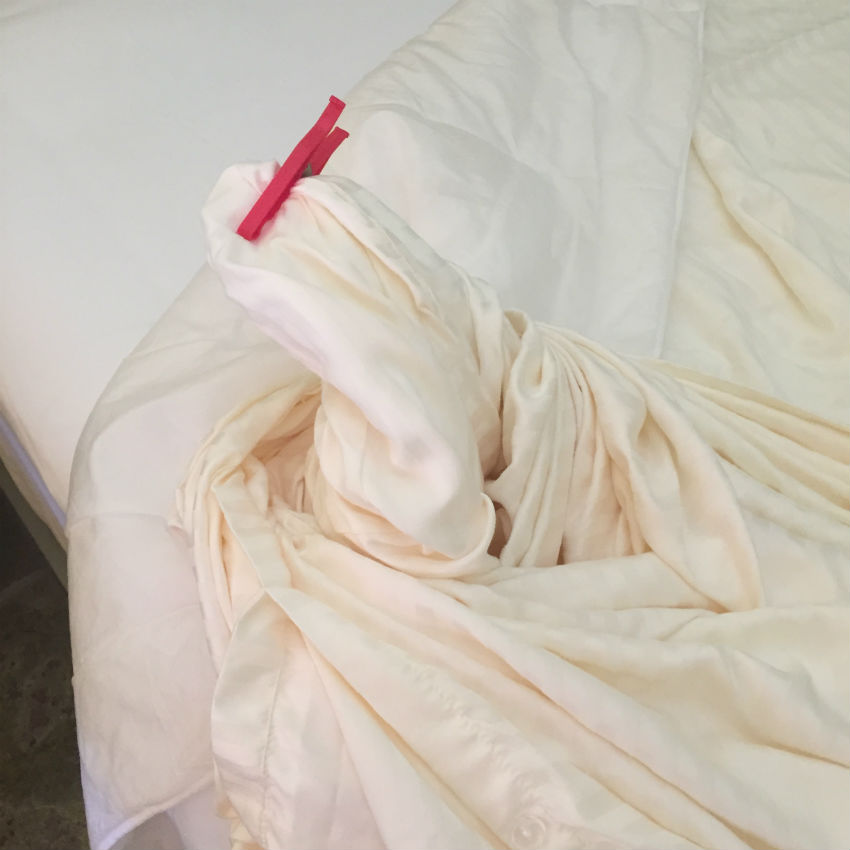 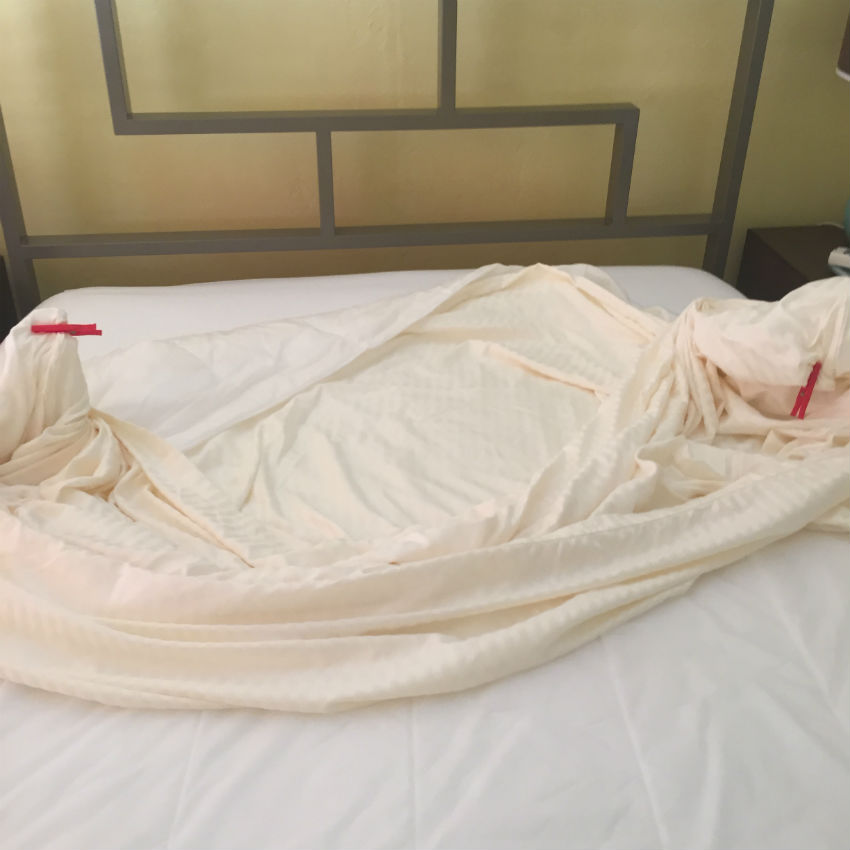