Island of the Blue Dolphins and the Sequel, Zia: Book Reviews

Home » All books » Island of the Blue Dolphins and the Sequel, Zia: Book Reviews 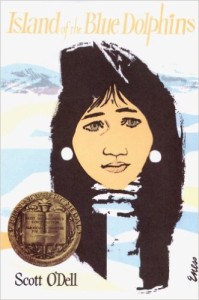 There is nothing better than a true story brought to life. Even if some of the story is changed some from the historical event in the 19th century, the basic idea is there. I love survivor stories especially when they are true!

I LOVE historical fiction. I had not heard about Island of the Blue Dolphins book when it came out when I was age 10 in 1960. I wished I would have read it then!

However, when I did read it I was in my 50′s and it did not take me but a few pages to put myself into Karana’s shoes, uh er – bare feet.

Based upon the true story {including a photo of her at} Juana Maria, The Lone Woman of San Nicolas Islands, this book received The Newbery Medal in 1961. It was written by American author Scott O’Dell (May 23, 1898 – October 16, 1989).

Karana is a 12-year old girl who is living alone on one of the San Nicolas Island off of the California coast. Her tribe was leaving the island and she leaps from a ship to help her younger brother who also left the ship to go back to get his spear. The ship sails on without them.

Shortly after she finds herself isolated on the island for a total of eighteen years. During her years alone Karana is able to find food, builds weapons to defend herself from predators, and makes clothes herself such as a feathered skirt.

I will not give away the end or the main things that happen on the island, but it was a great book! I love survival stories like this. In the vein of the Tom Hanks movie Cast Away 2000  and the movie Robinson Crusoe 1997 each person in each movie/book has to make do with what is available for their survival.

In the case of the two stories above – those men were adults and had knowledge of sophisticated items. Karana is just a child and only knows what she learned from her Native American tribe and not trained to hunt although she was a gatherer of foods from the sea.

There was a movie of the Island of the Blue Dolphins 1964  that is available as pretty much a spendy VHS format on Amazon. See below for a FREE screening of the movie at YouTube.

There are not too many books about a girl living alone in a very primitive life on an island, and this one I feel is the best!

Sequel to Island of the Blue Dolphins: Zia 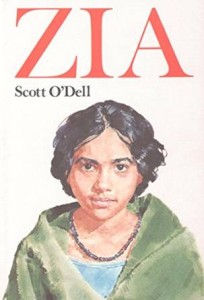 There is a sequel to Island of the Blue Dolphins! It’s called Zia, published in 1976

I hope you enjoy both books and the movie.