Who Was Jackie Cochran?

Home » All society » Who Was Jackie Cochran? 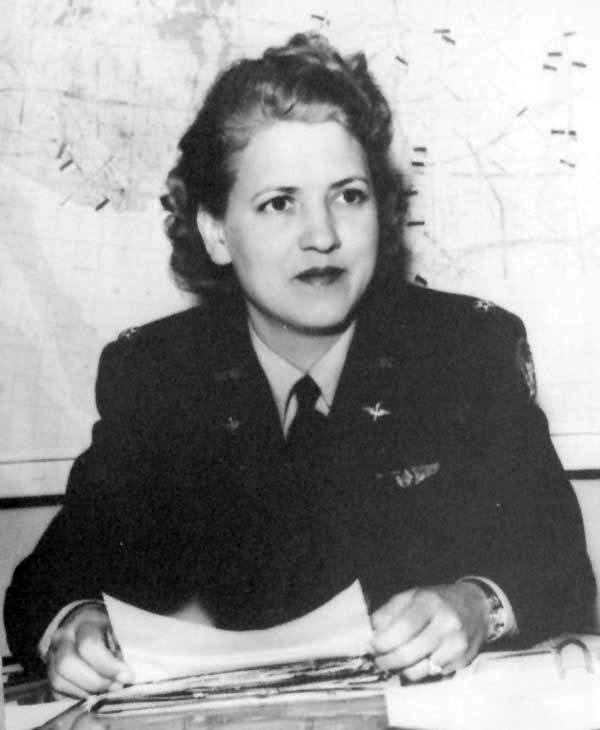 Who was Jackie Cochran?

Jackie Cochran isn’t as well known as her counterpart and contemporary, Amelia Earhart.  But nevertheless she was the first woman – and in some cases, the first person – to achieve an enormous number of aviation feats and challenges.

But who was she and what was her background?

For many years, this was the accepted story. She did not know exactly when she was born, or where. She had no family but was adopted (or fostered) by a family named Tillman..

She didn’t own a pair of shoes until she was eight years old when she was forced to go out to work in a sawmill and her dresses were made from old, discarded sacks.

She claimed to have moved to New York and reinvented herself, picking her new name from a phone book.

The problem was that none of this was true

The Tillman’s, Ira and Molly (Mary), were her real parents. Given the name Bessie, she was born on May 10th, 1906 in the Florida panhandle. She was the youngest of five children. Although her family were not rich, her father was a skilled worker and her childhood was not impoverished. Their home must have had a reasonable amount of space as they had three boarders. (See image below).

Bessie, later to be Jackie, was married by the time the census was taken in 1920. She was fourteen when she married and her husband was Robert Cochran.(she did not get the name from a phone book). A few months after the marriage, she gave birth to a son, also named Robert. Some sources say that her husband was an aircraft mechanic. It’s likely that he was ten years older than Bessie.

Tragically, the child died when he was almost five years old.  It’s said that he was playing with matches.

What happened to Bessie’s husband?  That, despite a certain amount of information available on the internet, is uncertain -more of which below – but we do know that Bessie, calling herself Jackie now, moved to New York and worked in a salon.

There she met her second husband, Floyd Odlum. Floyd was married with children when the couple met but he divorced his wife and married Jackie in 1936. He was said to be one of the richest men in the world. He helped his new wife start a cosmetic business and, when she discovered her love of flying, she would fly herself around the country promoting her products.

She became more serious about flying and started to enter races and air shows – the rest is history and she became well known for her exploits and her flying work in the Second World War.

But there are questions remaining

Why did she reinvent her past?

The truth about her life wasn’t known until after her death in 1980. She remained in touch with her family but insisted that they keep up the fiction that they were her adopted family. Why was it necessary for Mrs Bessie Cochran to become Miss Jackie Cochran? One theory is that she was ashamed of her humble beginnings and although she wanted to remain in touch with them (and therefore couldn’t hide them away)  she felt that her deception meant that her ‘real’ parents might have been a cut above them.

Others suggest that she made the story up when she was captivating her millionaire and found that the story stuck. Another theory was that it made her more acceptable (or certainly more romantically colourful) to her husband’s friends.

What happened to Robert Cochran?

There is still no definitive answer. There are several theories though:

As there is a record that he died in 1958, although there’s no way of knowing that this record is accurate,  maybe the truth is that the couple were indeed divorced in the mid nineteen twenties. However, as far as available records are concerned, Robert Cochran seemed to disappear off the face of the earth after being on the child’s death certificate. Hopefully more evidence will come to light.

She broke numerous aviation records and in later life became involved in politics. She lobbied for women astronauts to be included in the space program and she supported several charities. But she will forever be a mystery. Or will she? 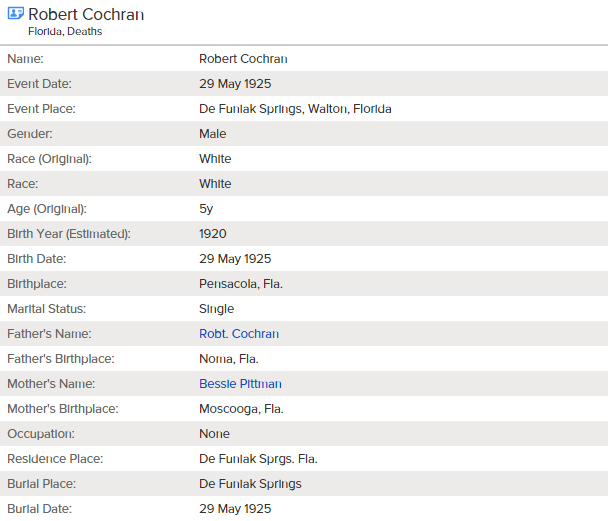