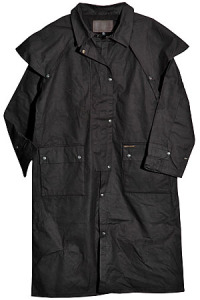 I started to read the Dresden files at the recommendation of my 30 year old son. My son loves the books so much that after he read the first four books he ordered an outfit so that he would look like Dresden.

The outfit consists of the all important Black Oilskin ‘Western Duster’ overcoat.

To top off the coat is a Western Stetson felt hat complete with a silver band.

I have repaired the coats for him as he has 3 of them. I used the shoulder cape from the one that was most worn and used it to repair the accordion pockets in the better two of the three. One is a winter variety with a detachable fleece liner. The sleeves at the wrist area were very shredded so I turned them under.

He loves the duster because it has so many pockets. It is a survival coat. When his car was down and he had to take the bus it was good to have all the pockets to carry items as well as his super backpack.

Unlike Dresden however my son does not use a cane that is a staff with magical powers. But I am sure that my son would want one!
As you can see in the photo that my son looks like a biker with his long full red beard. 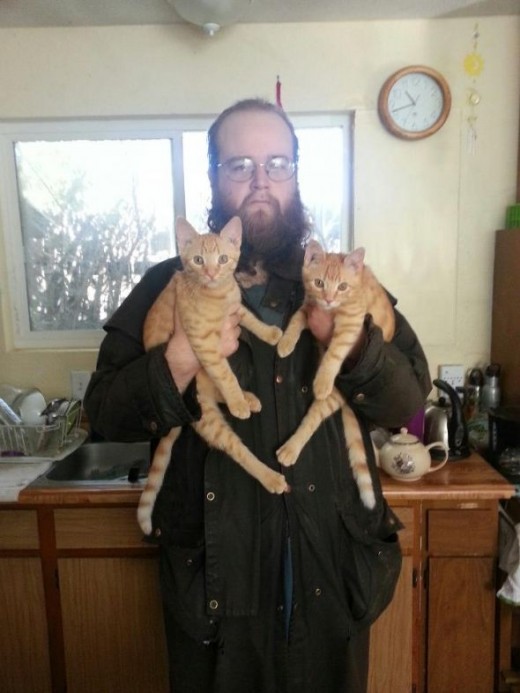 So in book 15, Harry Blackstone Copperfield Dresden the Wizard is up to his usual ‘has to go fight a plethora of bad guys’ routine, whilst getting injured many times.

Dresden has the power to heal fast and comes back for even more with his newer mantle of powers.

I do not want to say too much as to reveal any spoilers for those of you who have not read any of the books.

Book 15 is just as awesome as the rest and you know he is going to have many scrapes and similar to the other books.

You wonder how he is going to survive it all and get past so many obstacles to reach the goal at hand and live through it!

There are many main characters who assist Dresden and they come and go in each of the books. His main partner from the Chicago P.D. is Karrin Murphy [Karrin is spelled this way in the book.] There is an Archangel called Michael, and also Dresden’s apprentice Molly.

But it is great when they show up to assist Dresden. 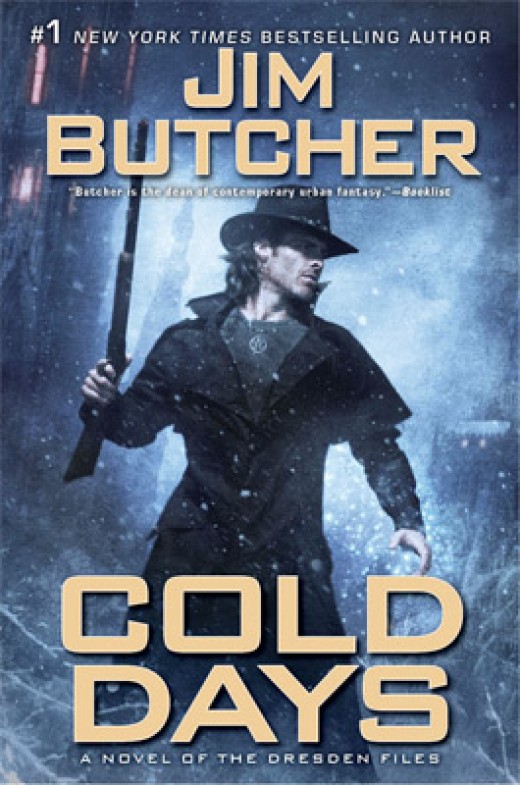 See this book on Amazon

Since I was not able to read many books for 30 years and have a plethora of books to catch up on. I became print disabled when I was age 13 and it slowed down my reading to a bare minimum for school and college.

Now I am lucky in that I can go through a series of 6, 10 or 15 books one after another. I rarely have to wait long for books to come out. Longest wait were for two The Earth’s Children series by Jean Auel and two so far for the George RR Martin’s Game of Thrones series.

I just finished all of Diana Gabaldon’s Outlander 7 main Books except book 8 which I am on the waiting list from the local library.

I use the CDs from the library if the books are not available from the Library for the Blind and Dyslexic. Actually, I listen to the books that I get from the state Library for the Blind. I put a book in and listen to it with my state government provided digital talking book player. I download the books from the website that are zipped. I unzip them and add them to a special flash drive that is inserted into a cartridge. I listen while I am working on crafts. So I am actually multi-tasking.

Book 15, Skin Game was released May 27, 2014 . After a 7 month wait time on the waiting list, I was able to get the CD from the library right after Christmas 2014. It has 13 CDs and I finished it in less than 2 weeks. A book that is intense with violence I have to listen to just 2 hours at a time.

Jim Butcher has another set of book series he started in the later part of the Dresden series called the Codex Alera. I will be reading those 3 books as well and doing a review on them if I like them. Once in a while I read books that I do not care for even from the same author.

I love the style that Jim Butcher writes in this series and Dresden is quite the character. There is a fair amount of dialog with in Dresden that he verbalizes like he is telling you a story about what is going on while it is happening. When the situation becomes tense Dresden throws out some very funny lines which many are major references to real life characters or from movies and books. Of course they all fit in to the situation at hand.

He usually uses these references to explain how he feels or a comparison to the situation. Similar to the television series Quantum Leap when Dr. Sam Beckett says “Oh Boy!” Dresden comes up with a few favorites such as “Hell’s Bells!”

If you love private eye novels, action, tough scrapes, vampires and werewolves; shape shifters and monsters; the occult, magic and evil characters; fairies and the fae then you will love this book series.
The books were used as a basis for a TV series that had 13 episodes and was canceled.

I have watched half of the series so far and I did enjoy it and the actors were good who played the main characters. I especially love Dresden and Bob actors. Murphy is a different personality that in the books, unfortunately.

Jim Butcher is working on book 16 of the series.

Here is the list of the Dresden Books with their corresponding release dates.

Thank you for reading my story on the Dresden Files. Please leave a comment and let me know if you have read the books or intend on reading them.

Read my review of book 14