Home » All entertainment » Joni and Jaco

He was an innovator. He was changing the bottom end of the time, and he knew it.  Joni Mitchell – Musician Magazine

It’s all in the hands; in order to get that sound, you have to know exactly where to touch the strings, exactly how much pressure to apply. You have to learn to feel it. And then it just sings.” Jaco Pastorius 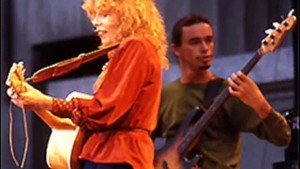 Jaco Pastorius, the Florida kid who grew up to be the greatest bassist of the modern era, had many different sides to him musically.

There’s Jaco the road hog, showboating at the front of Weather Report stage with his virtuoso solos and feedback leaden tributes to Hendrix.  There’s Jaco the jazz man with versions of Charlie Parker and John Coltrane, and Jaco the band leader – his Word of Mouth band had a successful tour and record and featured up to 20 different musicians.

As a soloist Jaco changed the game for electric bassists everywhere.As players they were long used to pounding the beat and rooting the chords, bassists discovered melodies and harmonics, and began to stretch their muscles.

It was as a sideman and collaborator that he truly shined. Weather Report you’ll likely know about, but he worked with Herbie Hancock, Return to Forever’s Al Di Meola, PatMetheny and Ian Hunter and a host of others.

Joni Mitchell had broken her relationship with jazz drummer John Guerin and was looking to make a change to her music. Two friends were about to drive across the United States and in impulse she decided to join them, then drove back to the west coast alone, writing songs along the way that eventually became Hejira.

The word Hejira was arabic, and summed up her mood at the time.

“Hejira was an obscure word, but it said exactly what I wanted. Running away, honorably. It dealt with leaving a relationship, but without the sense of failure that accompanied the break-up of my previous relationships. It was a new attitude” – Joni Mitchell.

The solution to her musical dilemma came in the form of a new approach to bass playing. She’d developed strong opinions about what the bottom end of the musical spectrum should do, yet rarely met a bassist who could go in the directions that she wanted. She said “I didn’t understand why the high end could have so much freedom and the low end was so locked in. And I would make suggestions to bass players—couldn’t they, you know, leave some holes, more like classical music, and go sailing up into the high end and be more expressive.”

Joni’s previous bassists tended to play by-the-book styles. Jaco came recommended off-hand as some weird bass player in Florida, and his appearance transformed the four Hejira tracks that he worked on.  Coyote, for instance,  is so different from her prior recordings – Jaco’s propulsive dance rhythms fit smoothly alongside Joni’s acoustic strumming and half-spoken verses. It’s a blending of two very different artists’ styles into a genuine hybrid of musical cultures.

The bass players that I worked with before just kind of played through it like four beats to the bar, you know, polka-dotting along. And they couldn’t see the shapes of the music or where the pressure points were. They couldn’t grasp it. So you had to wait for somebody like Jaco to come along who had one foot in rock ’n’ roll and one foot in jazz. And when Jaco came in on the dates, he was doing what I wanted, which was a more classical counterpoint to my melodies—and leaving space— it was personality that deserved to be in the foreground. We were conceptually kindred. Joni Mitchell 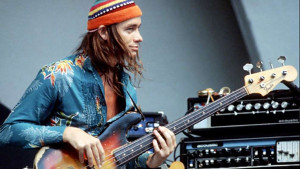 For Jaco Pastorius it was a challenging setting for his talents. He had made a rock album before – Ian Hunter’s All American Alien Boy was made when he was barely 21 years old. “He had a huge ego, but he was nice with it,” said Hunter later.  “He could be a flash bastard in the studio, but people forget that he would always service the songs. He’d never show off just for the sake of it.”

On Hejira Jaco showed his abilities not only as a soloist but as a sensitive accompanist to Mitchell’s poetic storytelling.  Joni’s approach to her increasingly jazz arrangements was to brief her band members to follow the words; to get in between the words. “You can’t scribble over them, You can’t dominate them, You got to support them and in the breaks where there are no words…Bam!” she told Malka Marom in the book In Her Own Words.

“I didn’t even know anything about Joni Mitchell. I hadn’t even heard her music. It was really fun coming in from nowhere and adding this thing! It was a nice combination, especially on the Hejira album. The cut Hejira itself, I really like. I think that was the first thing I played with her.” Jaco Pastorius 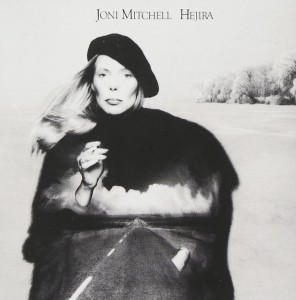 The recording also captures Jaco’s use of pinch harmonics some time before he used the same technique on Weather Report’s track Birdland, taking his use of the fretless bass guitar into a new dimension. Joni recognized that Jaco was helping realize a musical vision by using a more classical counterpoint to her melodies and leaving her space to move. “It was if I dreamed him,” she said. “I didn’t have to give him any instruction. I could just kind of cut him loose and stand back and celebrate his choices.”

Jaco learned from Joni’s habit of multilayering her guitars. He mixed four separate tracks of his bass parts, then at certain moments would mix them all up together. Jaco and Joni’s layers of guitars and basses was used to great effect on the four Hejira tracks they made together, then and its double-album follow-up Don Juan’s Reckless Daughter.

Biographer Bill Milkowski in his book Jaco: The Extraordinary and Tragic Life of Jaco Pastorius says that the collaboration didn’t stop there in the studio. Jaco and Joni had a full-blown affair that contributed to the break-up of Pastorius’s marriage to his first wife Tracey.

It was also said that this extended period of success was the start of Jaco’s personality change. Dr. John, who was living in Florida at that time had seen Jaco often before he made it big. “I noticed right away that something had changed. He wasn’t the same sweet guy I had known from Miami. He just started acting obnoxious saying he was the greatest bass player in the universe…”

God Must Be a Boogie Man

Jaco went on to work with Joni Mitchell on three more albums, including one of Joni’s most challenging projects – her collaboration with jazz great Charles Mingus, then suffering from Lou Gehrig’s Disease (yes, the Ice Bucket Challenge was to raise money for this condition, also known as ALS) a nervous system disease that weakens the muscles. 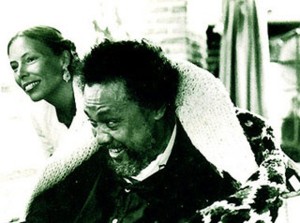 Mingus was 56 years old, and creatively at the top of his game, yet ALS had taken over to the point where he couldn’t play. His last two years was spent composing, creating and collaborating with other artists, and he approached Joni Mitchell to help realize his final project.

Mitchell, herself a survivor of childhood polio, identified with Mingus’s position, and wasn’t intimidated by his reputation as a violent, tempestuous character. Four songs on the album were unfinished Mingus compositions, three of them new tunes, while Joni wrote the lyrics. Back in the studio she brought together the cream of jazz fusion talents. Herbie Hancock on keys, Wayne Shorter on sax,  Jaco Pastorius on bass and a crack percussion team with impeccable jazz credentials. 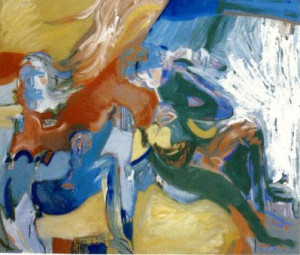 “You have to understand he was very ill then, so I couldn’t tell from his responses whether he knew Jaco’s work or whether he liked it. I couldn’t get any real feedback. All I knew was that he was very prejudiced against electrical instruments, but when he articulated his prejudices on a tape that I heard, Jaco transcends them all.

He felt that with an electrical instrument you couldn’t get the dynamics; that the dynamics were all done by pushing buttons and so on. But Jaco completely defies all that; he gets more dynamics than any bass player… he’s phenomenal, he’s an orchestra. He’s a horn section, he’s a string section, he’s a French horn soloist — as a matter of fact when you have a job for the bass player, you almost have to hire a bass player!” Joni Mitchell

There was a lot of improvisation going on in the studio, despite the involvement of Minus and Mitchell. Jaco was all about the first take, and more or less improvised the famous blues backing track with Peter Erskine’s brushed drums to The Dry Cleaner from Des Moines. 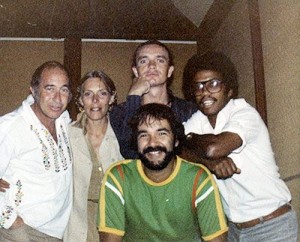 The album, was a big shock to Joni Mitchell’s folkie audience, who still expected her music to be the same kind of folk-pop that had made her name. Jaco would then tour with Joni Mitchell,s Pat Metheny, Michael Brecker, Don Alias and Lyle Mays during 1979 on a tour that would become the last of the Joni and Jaco collaborations, the live album Shadows and Light. His sound and technique was clearly not a studio-only phenomenon . This proved that Jaco Pastorius was, indeed, the real deal.

“Fear. They’re limited in their thinking, listening or playing… a lot of people and critics who come to see her have listened to her first few albums — which I haven’t even heard– and they want to hear her like that because that’s where they’re comfortable. They don’t want to grow, but she grows and they put her down, you know? It doesn’t make much sense…a form of fear.” Jaco Pastorius 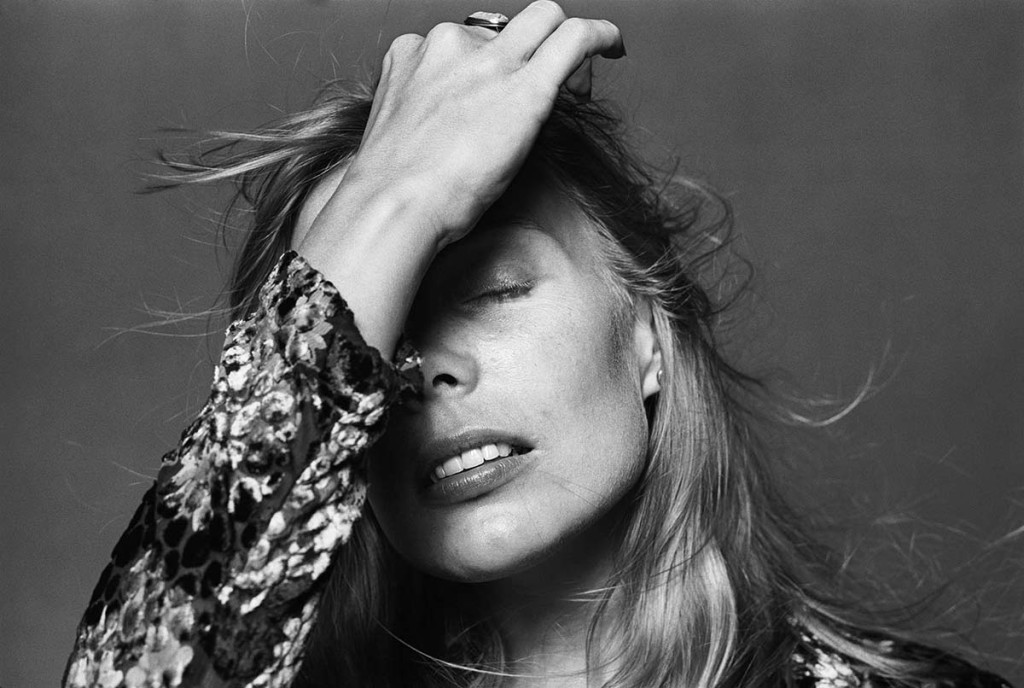 Portrait of Joni Mitchell by Norman Seeff’s photography retrospective The Look of Sound. Buy it here. 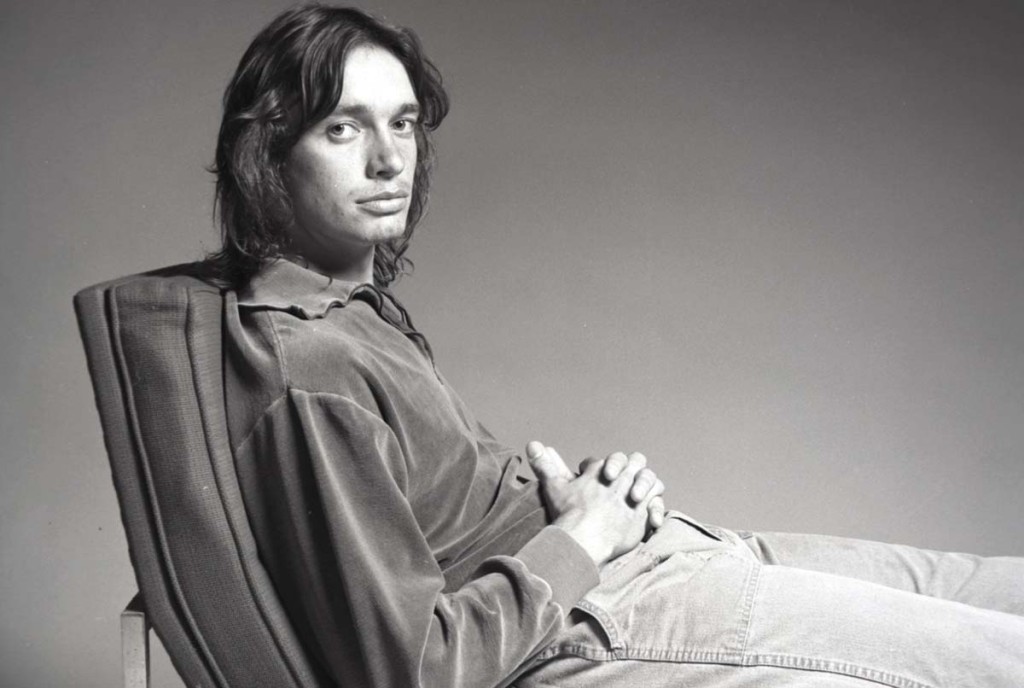