Leitzel: Queen of the Air

Home » All entertainment » Leitzel: Queen of the Air

Leitzel: Love and tragedy in the circus.

In the early twentieth century, the name of Leitzel was famous. And yet few people today know her story. Born in Germany in 1892, she became the darling of the circus. 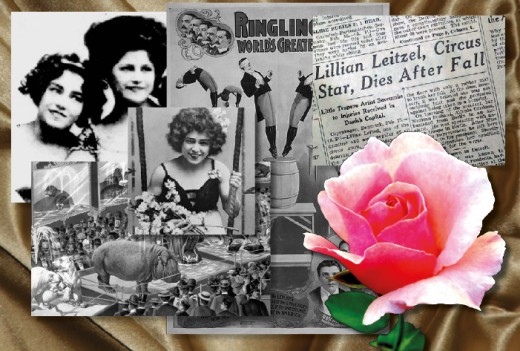 Yet her rags-to-riches story is fascinating, as was the story of the love of her life … and her tragic end.

She was born into a performing world and soon became a talented acrobat.

She was the product of a female acrobat and the circus boss – Leitzel was born just before her mother turned thirteen years old.

The circus life was almost an inevitable one for the young girl but life the members of tiny circuses in Europe was not an easy one.

When she was only a teenager she travelled to the United States – as part of her mother’s acrobatic troupe – and with them, found success.

She was a tiny girl which made her feats in the air even more astounding.

We have to remember that in those days, there were little, if any. safety precautions taken in circuses so the daredevil performances genuinely were death-defying.

Leitzel had a turbulent love life in her early years – she married and divorced twice – but her third husband was the one for her. He was Alfredo Cordona and also a circus performer. A Mexican trapeze artist, his name was as well-known as Leitzel’s in those early circus days.

With a couple whose day-to-day jobs involved dangerous, high-flying work, it was almost inevitable that their partnership would come to a tragic end.

Both she and Alfredo were performing in Europe but in separate locations. Due to a fault in the equipment, she fell as she performed and Alfredo rushed to her side but she died from her injuries two days later.

Alfredo, when they were performing at the same venue,always checked her rigging himself. This time, he had not been able to do so.  Despite a further marriage and successful career, he never recovered from her death and shot himself six years later.

You can read more here.