Who was Lettice Curtis? 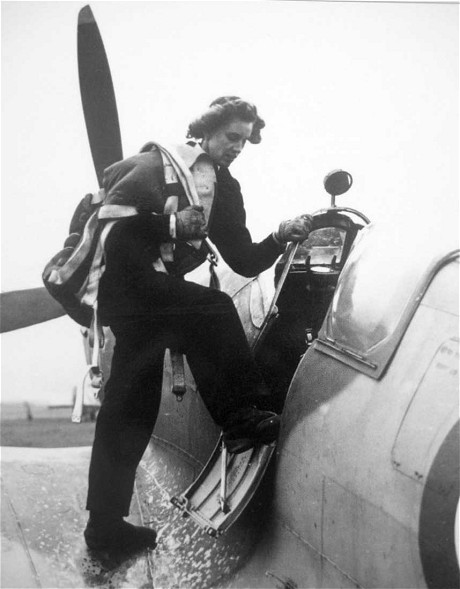 During the Second World War the Air Transport Auxiliary was formed to move new, damaged or repaired aircraft to where they were needed by the Royal Air Force. Civilian pilots were used so that the trained fighter pilots could concentrate on winning the war.

One hundred and sixty six of the pilots employed by the ATA were women and Lettice Curtis was one of the first to join up. By the time the war was over, she was also the most experienced, having flown every type of wartime aircraft.

She had qualified as a pilot just a couple of years before the war and when war was declared she was working as a surveyor, flying and photographing the British Isles.  But it was soon realised that every available pilot was required to work towards the war effort.

The ATA had to deliver new planes from the factories, ferry staff from place to place, take damaged aircraft to be repaired and on some occasions act as air ambulances. The only air service they didn’t provide was delivering planes to aircraft carriers as landing onto flight decks was a job that required specialist training. Nevertheless, the pilots of the ATA were a vital part of the war effort.

In the early days of the war,the female ATA pilots did not fly operational aircraft (for some strange reason) but the authorities soon realised that it was essential for them to do so. Lettice was the first woman to fly a Lancaster in addition to the hundreds of Spitfires, Mosquitos, Wellingtons, Halifaxes and Hurricanes in addition to the US B-17 Flying Fortress. It’s estimated that she transported about 1,500 aircraft during the war years.

These pilots flew without navigational aids and plotted their routes using maps and the observation of landmarks on the ground. Usually, they flew alone and had to fly the aircraft and perform their own navigation.

After the war the ATA was disbanded and Lettice continued to work in aviation. She also flew as a hobby –  in races and air shows throughout the country in a variety of different aircraft.

In 1992 she gained a helicopter licence. That is not a typo, by the way, she was seventy seven years old. But three years later she decided to retire from flying. She died in 2014 at the grand old age of ninety nine.