The Liberation of Auschwitz

Home » Society » The Liberation of Auschwitz

The liberation of Auschwitz 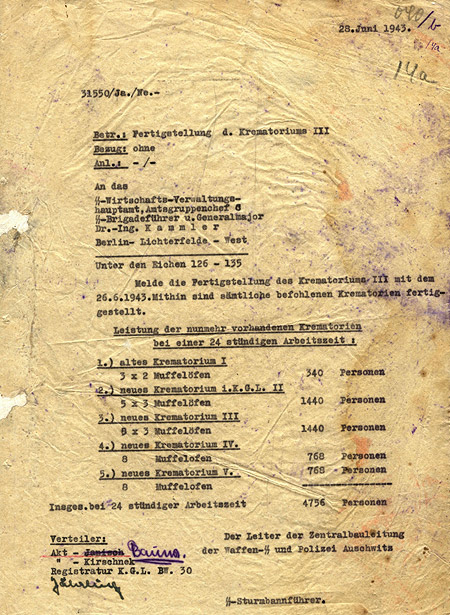 On 27th January 2015, hundreds of survivors of the Holocaust met at the Auschwitz concentration camp to commemorate the seventieth anniversary of its liberation.

There were three hundred in total, mostly in their eighties and nineties.

The very fact that there are still three hundred survivors of that terrible experience who are still fit and well enough to travel there shows just how huge the exterminations were.

Of course, they were children when they were in the camp.

That’s because every Jew (or gipsy) was a suitable subject for the gas chambers. Only those who were useful, were kept back.

That usefulness could take many forms. As the public discovered to their horror after the war, some victims were ‘useful’ because they were subjected to barbaric medical experiments.

Take a look at the genuine documents you see here. You don’t have to understand German to be able to interpret ‘krematorium’.

This too gives us some idea of the scale of the horror.

When the survivors gather, they wear scarves striped in blue and white. That because their scanty uniforms were made from a blue and white striped material.

Although the people who attend the memorials are remembering the family and friends they lost, their main focus is looking to the future. As one survivor said:

The following video explains that ten years ago, there were 1,500 survivors who attended the memorial. In 2015, this number had dwindled to just three  hundred. 2015 might be the last time that large numbers of holocaust survivors get together. Soon there will be no-one left who remembers the horrors at first hand.