Life Outside The Box, By Marilyn R Wilson

Home » All books » Life Outside The Box, By Marilyn R Wilson

After over one thousand interviews, Marilyn R Wilson compiled the collection we find in Life Outside The Box.  It is a fascinating look at how differently–and creatively–men and women alike solve the problems they face and find success.

Currently on a virtual book tour spotlighting the second edition of her popular book, we are pleased to join iRead Book Tours in sharing the release.  Ms. Wilson can be found at a variety of sites for articles and interviews.  You will find the schedule below.

Stop in and see what you think.  It is always inspiring to see the route one takes to reach his/her goals.

Marilyn has written a post for Jaquo today as well, which you will find right below.

Wait – You’re Not a Tailor?

Over my decade of interviewing, I’ve conducted more than 150 interviews. All moved along smoothly except for one. This one turned left in a way I never expected and I still laugh remembering how it all unfolded.

For almost five years I co-owned and ran a fashion magazine promoting local talent. Instead of regular fashion articles, we featured interviews with local professionals working in the field – designers, fashion grads, models, hair/make-up artists, stylists, pattern drafters, event producers, etc. After about two years, I decided to launch a new column called Behind the Scenes that would offer longer articles sharing the stories of professionals who had worked in their field for at least 20 years. It was an instant hit.

Variety was the key to this column. We had a former fashion editor for a local newspaper, a hair stylist that began in the industry at the age of 15 and a 92-year-old retired fashion designer who had a 40 year career before closing her shop at the age of 72. Her family fled Germany when Hitler came to power. Then she and her husband had to flee Shanghai as Mao was entering the city. What a story!

One day I came across an interesting lead. There was a recently published author who had worked in media. A few years ago he decided to become an apprentice at the oldest Chinese tailor shop in Vancouver – a historic icon in our city. The man’s book shared the meaning his father’s suits held for him and how he remade one so he could wear it. It also included his journey as a tailor’s apprentice at this unique shop. Intrigued, I set up an interview and brought a photographer along to snap some candids to accompany my article.

My interviews are always very biographical and usually begin with where they grew up and what they were like as a child. From there I just let the story unfold. Early on I began to get an inkling something was off. Some of the man’s remarks weren’t making sense and the confusion built as I tried to sort it out on the fly. My photographer and I glanced at each other a few times.

When the moment of clarity finally hit I was stunned. I was there to hear the story of a man who changed careers and became a tailor. Unfortunately, this was only a side note in his life working in media. Although the two tailors who owned the shop him treated him like a son, they didn’t feel he had the ability to be a tailor. They had fired him a while back.

The man wasn’t a tailor at all. He chose to hold the interview here to promote his friends’ business and because part of his book was about his time working with them. He on the other hand assumed I was there as media to cover the launch of his first book and was confused by some of my questions. We were both wrong!

Fortunately we were able to laugh at the mix up and then continue on as if nothing strange had occurred. As his book did talk about the history of the suit and his time as a tailor’s apprentice, I was still able to feature it in our next issue.

That is the first, last and only time I had an interview go this way and the memory still brings a smile to my face.

This second edition offers new content added to each and every chapter – personal author reflections from behind the scenes.

Get inspired to step out of your box and embrace your potential. From the corporate world, to the arts, to working with the disenfranchised, the message is clear: there is no such thing as a normal way to live your life and no one right solution to any problem.

Selected from over a hundred interviews, the stories shared here open a window on the journeys of seven women and three men who have charted their own paths, including Ruthie Davis–top US luxury shoe designer and the winner of the 2014 AAFA Footwear Designer of the Year award; and Geir Ness whose perfume is a staple in Nordstrom, Disney World, and on Disney Cruise Lines. Enjoy a glimpse behind the scenes into the unique ways these individuals have chosen to deal with life’s challenges and how they define success in their careers. 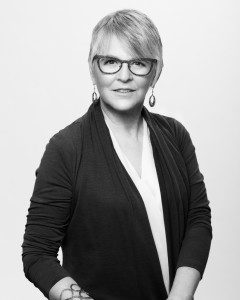 Marilyn R. Wilson is a freelance writer and speaker with a passion for interviewing. Her career as a writer began in an unusual way, by answering a Craigslist ad. It was while conducting her first interview the world shifted – she had found her passion. Since 2006, she has interviewed over 150 people from as near as her hometown of Vancouver, Canada, and as far away as South Africa.

Whether through a random encounter on the New York subway or via a one-on-one interview with an internationally recognized artist, the goal is the same-to give wings to the unique journeys of inspiring individuals. This goal first led the author to co-launch a successful, innovative magazine focused on professionals working in the fashion industry paired with photography and illustrations by local artists. Then in 2015, Wilson took her passion to a new audience with the release of her first book, the first in a series featuring the lives of real people living real lives.