Remains of the Old London Bridge

A bridge has spanned the Thames between the City of London and Southwark on the site of a natural causeway since the original Roman crossing was built in AD50. Since the conquest it has evolved over time and existed in countless different forms, one of the most famous being the medieval ‘Old London Bridge’ which was finished under the reign of King John in 1209 and survived until 1762. Though only 8m wide it was 270m long and by the Tudor era hosted a haphazardly placed row of more than 200 shops. Drawings depict comical ratios between the bridge foundations and seven-storey high buildings overhanging the river and encroaching on the street – making crossings last up to an hour! 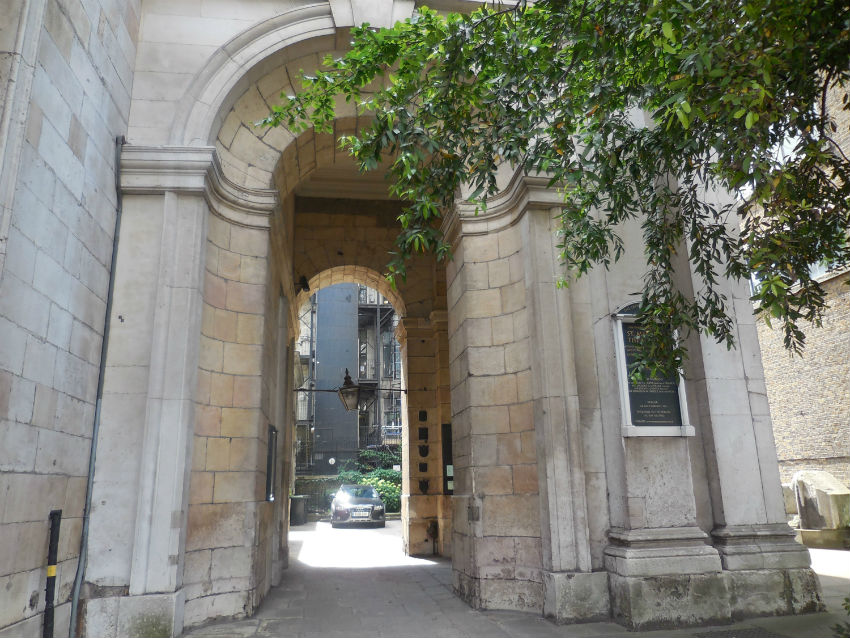 At the end of the 18th century it was over 600 years old and congestion was becoming so serious the mayor ruled that all traffic from Southwark should keep to the west side and traffic from the City should keep to the opposite side; it is said this is the origin of driving on the left in Britain. The precariously stacked buildings of the old bridge have long since been demolished, yet a few fragments of the stonework remain scattered across the city. One of the best surviving examples is the old pedestrian entrance which now forms an arched pathway under the St Magnus the Marytr’s church tower. 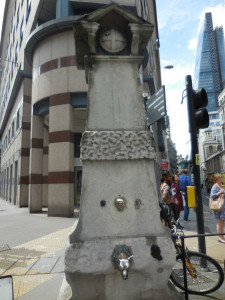 A water pump was first installed here upon an old well head in the sixteenth century and then in the eighteenth century replaced by the stone water pump seen today. Despite standing overlooked at a bustling junction in the financial district, Aldgate Pump remains a hidden statue to the areas gruesome past. Today the pump is no longer functional but in 1876, before being linked to the mains water supply, it was served by an underground stream. At first the people of Aldgate, unaware of the oncoming horror story, said the water contained healthy minerals but soon began to complain of an unusual taste which was quickly linked to the many recent deaths in the area. An investigation made the shocking discovery that, as the water was being channelled past the new cemeteries in the city; calcium had leached out from human bones and into the water! Yet by the 1920s the water quality had been turned around to the extent Whittard’s tea merchants even filled their kettles at the pump – declaring it the best water for tea tasting. Today the pump also resembles less grisly events such as marking the official point at which the East End starts and where mileages east of London are calculated from. 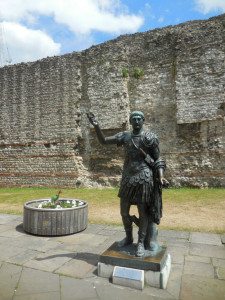 Around 2000 years ago there was a 4km defensive wall built by the Romans around the settlement of Londinium. William I’s march on London 1000 years later found the enclosed City of London to be harder to conquer so eventually special privileges were granted to encourage peace with the city. For example, it is said the City of Westminster was expanded in an attempt to draw power and wealth west from the City of London. Today the City of London still holds special rules and customs – one is that the Queen has to ask permission before entering as the people ‘still retain their ancient privilege of being able to bar the Sovereign from entering their streets.’ The ancient wall was only maintained until the 18th century but around fourteen sections have survived and now sit in a disjointed arc above the Thames.

The oldest church in the City of London was founded by the Abbey of Barking in 675AD. It became known as ‘All Hallows Barking’ and then in 300 years ‘All Hallows-by-the-Tower’ due to its proximity to the Tower of London. In future decades it would survive explosions, fires and the Blitz but still continue its job as a church. In the 1500s it was popular with monarchs, such as Edward IV, who made it a royal chantry meaning executions at the Tower were sent for temporary burial at All Hallows and in 1797 John Quincy Adams, sixth president of the USA, was married at All Hallows. Over the years it has undergone many reconstructions to become a mix of architectural styles and despite its dramatic history still sits on Roman foundations against the surrounding walls of 21st century glass. 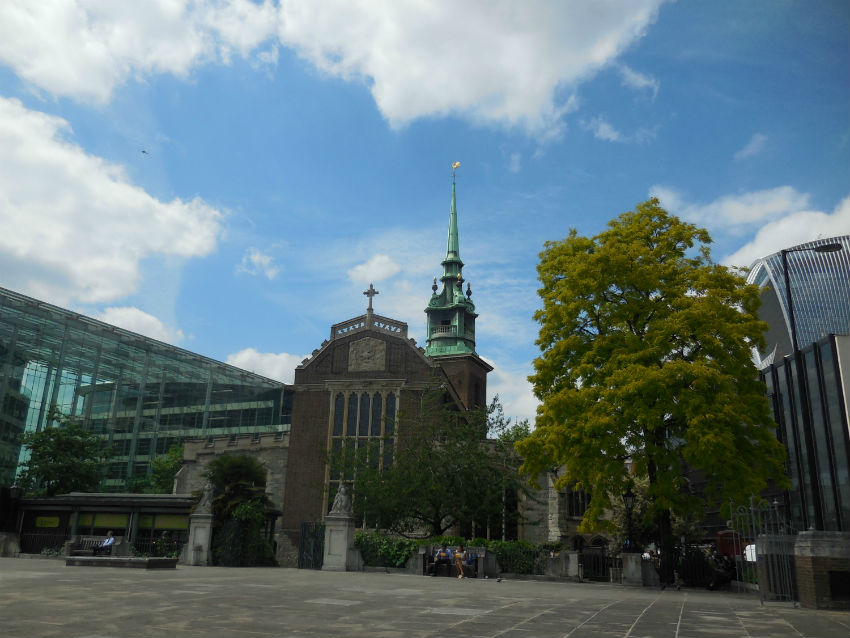