Who was Louis de Rougemont? 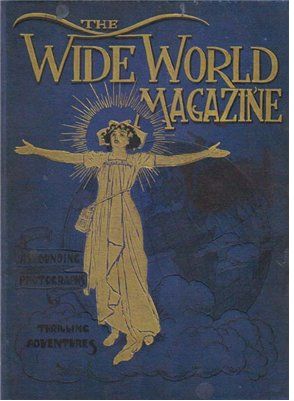 Louis de Rougemont achieved fame in 1898 when London’s Wide World magazine published a serialised account of his adventures.Readers were electrified.

For the magazine told that Rougemont had spent thirty years living with cannibals in Australia –  as their king and leader.

It all began in the 1860s when Rougemont was shipwrecked when he was pearl hunting in the Pacific. He and his trusty canine companion had lived a la Robinson Crusoe, surviving on fish, living in a hut manufacturer of oyster shells and using giant turtles as transport.

When Friday came along, it wasn’t a man but a woman – called Yamba. She and her husband and young children had also been blown onto the island in their small boat. They were aborigines and naked, but very friendly.

Together, this new team built a boat and escaped to the mainland where the grateful tribe make de Rougemont into their king and leader. Yamba achieved the aboriginal version of a divorce and became his queen. Delightful though the natives  were, they were perfectly happy to eat the flesh of their enemies. Whether de Rougemont joined in, he didn’t reveal, but he did describe his culinary adventures eating emu and worms.

But being a king must have been tedious – or maybe it was the diet – because de Rougemont and Yamba undertook an arduous overland trek in order to find civilisation.

This part is a bit gruesome, actually. On the journey, de Rougemont fell victim to malaria. Yamba was in a quandary. She had her newborn with her but she couldn’t care for both a baby and a sick husband so she killed the baby.

However, despite being so desperately ill, de Rougemont killed a huge bull buffalo because he was convinced it would effect a cure. He ripped the carcass open (I did warn you) and ‘crawled into the interior, fairly burying myself in a deluge of warm blood and intestines’. There he stayed until the next morning when he woke up completely cured.

The problem was though that rigor mortis had set into the beast and he was stuck. The ever-faithful Yamba had to dig him out. (Will you have weird dreams tonight? I’m sure I will). As you can imagine, by the time this story was serialised in the magazine some readers were becoming somewhat sceptical. And I’m not surprised.

Our friend de Rougemont was the liar of the century

Not a word was true. His name wasn’t even Louis de Rougemont. He was a Swiss called Henri Louis Grin. He had worked mostly as a servant but some of the time in Australia where he gained a little knowledge which he enhanced thanks to research at the British Museum.

The Daily Chronicle exposed him completely. The Wide World magazine had to publish an extensive apology for fooling their readers and Grin, who had make himself a packet from public appearances, disappeared. He travelled the world trying to make his way with no success.

He died at the age of seventy three in London. The last time he was seen, he was selling matches in Piccadilly.