What Really Happened to the Mary Celeste?

Home » All society » What Really Happened to the Mary Celeste? 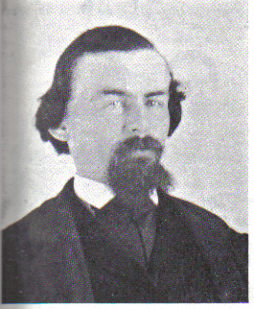 In 1872 a Canadian ship, the Dei Gratia, spotted another ship close by in the North Atlantic Ocean. The crew thought that there was something odd about the ship so they approached and boarded.

They found a mystery that still endures. Although the ship, the Mary Celeste, was fully seaworthy, there was no-one on board. There were no signs of a struggle or attack, no damage and very little was missing from the craft except its lifeboat — and the people.

The captain (pictured) of the Mary Celeste was an honourable and experienced man. He considered the ship to be seaworthy and the voyage to be a safe one, so much so that on that last trip he was accompanied by his young wife and their two year old daughter.

Over the years there have been many explanations put forward, some bizarre theories and even hoax stories. Amongst the theories out forward are these:

There were many more. But none of these theories explain satisfactorily why ten people, one a small child, should disappear without trace. The ship was in good condition and there was no reason to abandon ship.

Some suspected Captain Briggs of some sort of insurance fraud or that he was involved in a piracy (or salvage) scheme but he was a respected seaman with a good record.  When people discovered what his cargo was, a popular theory emerged. The cargo was barrels of alcohol.

The theory that developed was that the crew had made the most of the alcohol stored on the ship and had freely partaken of it. In a drunken frenzy they had killed the captain and his family then either fought amongst themselves or escaped in the lifeboat and met an unknown fate.

There was one major flaw in this theory. The alcohol the ship was carrying was for industrial or medical purposes and impossible to drink even for the most hardened boozy sailor. The most probable theory takes into account these facts:

Can you come up with a theory from those facts?

The most plausible theory

Captain Briggs was a careful and responsible seaman under every circumstance and he was probably even more meticulous when his wife and daughter were aboard. Knowing this, theorists have puzzled over why he would abandon ship. The weather was good, the Mary Celeste wasn’t damaged but the really telling question is, why did they take so little with then when they left in the life raft?

There can only be two answers to that. One is unlikely – that they left in a hurry. Why would they do that? Even in haste, if they were abandoning the ship for good they would have at least taken navigational equipment, food and wet weather clothing.

The other answer is far more likely. They took nothing with them because they expected to return.

The question now is why. When they experienced bad weather in the earlier part of the voyage, nine of the barrels of alcohol were damaged releasing the chemicals into the ship’s bilge. And during the bad weather, the hatches to the cargo area would not have been opened. This was not ideal because ventilation was required but it was not possible to open the hatches in poor or stormy conditions.

When good weather arrived, these hatches were opened to ventilate the cargo but 450 gallons of the alcohol was floating in the bilge. Medical or industrial chemicals in those days were likely to be methanol, formaldehyde or similar. You can imagine what the fumes must have been like when those hatches were opened.

The fumes from such a quantity of industrial alcohol would have been overpowering. At best it would make people feel dizzy or nauseated. It would make their eyes water and make them cough. It would be especially hazardous for the captain’s two year old child.

Captain Briggs had to make a quick decision. He was responsible for the ship, its crew and his own family. There were overpowering noxious fumes spreading throughout the ship — and there was no breeze to dispel them. He ordered his men to open all the hatches, window, doors and portholes to ventilate the ship. Then he ordered that everyone should get into the lifeboat.

They took nothing because they intended to return

Of course, a seaman of Briggs’ experience would never leave a ship in a lifeboat without being tethered to the ship itself by a tow-line. The peak halyard was available as the mainsail was down so he attached this to both the ship and the lifeboat.

Then, when he thought that they had left the ship alone long enough for the fumes to dispel, the crew could winch themselves back to the Mary Celeste using the rope. But you’ll remember that the peak halyard was found one the deserted ship, broken and hanging over the side.

Records show that on that day – it was November 25th 1872 – there was a dramatic change in the weather. The morning had been calm and still but in the afternoon a storm brewed. The occupants of the lifeboat might at first have greeted the small breeze with pleasure but it was soon a gale.

The Mary Celeste still had four of her sails set. The growing wind filled the sails and  the ship began slowly to move. As the wind picked up, the speed of the ship  increased. When the crew realised what was happening with the weather, they must have grabbed the halyard to pull their lifeboat back to the ship. But as we know, it broke. They would have then used the oars to try to row to the ship but it was now travelling at speed in the increasing wind.

The crew struggled in the storm as the waves broke over the tiny lifeboat but eventually, they will have seen the ship disappear from view. The captain, his wife, child and seven crew members were alone in a raging sea.

The fate of the occupants of the Mary Celeste

If the above scenario is true – and the facts indicated that it most certainly was – then we’ll never know what the eventual fate of the people who were stranded in the lifeboat. The tiny craft may have been engulfed in the waves almost at once.

Or they might have survived the raging sea only to succumb to lack of water and to exposure to the elements.

But what we do know is that in the years to follow there would be countless theories – each more fanciful than the last – but none of these bizarre theories could have equalled the horror the people on the lifeboat experienced when they realised that the Mary Celeste had left them to die.