Monaco? Forget it if You’re a Criminal

Home » All books » Monaco? Forget it if You’re a Criminal

Is Monaco a police state? 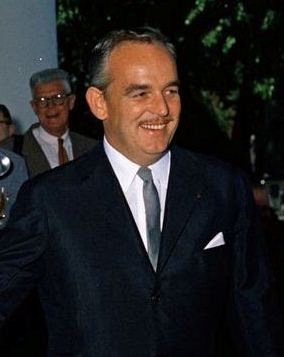 When the book you see below was published – and it wasn’t too long ago – the author believed that the gorgeous, fairytale principality of Monaco was a police state.

The home of the wealthy and the playground of the famous, Monte CArlo is famous throughout the world for its glittering,luxury lifestyle. It’s also claimed that it’s one of the safest, crime-free places in the world.

This is largely due to Prince Rainier, who you see on the left. As you know, he married the American actress Grace Kelly in 1956 and between them, the couple did a great deal to rid Monaco of its rather scandalous reputation.

Rainier, who has now been succeeded by his son, Prince Albert II, was an absolute monarch.

This meant that he was in overall charge of his principality and despite the constitution and an elected government, he had overruling powers. Because Monte Carlo had the reputation it did (his own mother for example, was the notoriously eccentric and rather dodgy Princess Charlotte) it took extreme measures.

The author of the book below describes it as ‘part police state and part Disneyland’. The latter aspect is revealed by the fact that gardeners are employed to remove any wilting flowers from the immaculate flowerbeds of public buildings early in the morning to preserve their perfect appearance.

At night, a recording of the cries of a bird of prey are broadcast in the skies about the gardens to scare away any sparrows who might have the temerity to poop in the parks.

The policing policy is very tough though.There is one policeman for every one hundred residents. In consequence, the average murder

rate is one every ten years or so. There are so few robberies that there are no meaningful statistics. However, there are those who say that if a dead body is found in Monaco, the police haul it over the border to France to let the French police deal with the problem.

I love the fact that if an internationally-wanted criminal is spotted in Monte Carlo,he won’t be arrested until he leaves the country. He is monitored closely but Rainier prefered the criminals to lose all their money in the famous Monte Carlo casino before they were taken into custody.

It’s commonly said that in Monaco a wealthy woman can stroll through the streets wearing expensive furs and jewellery – even in the early hours – and be perfectly safe. The tiny principality had the most sophisticated surveillance system which is monitored every minute of the day. With fibre optic cameras, the watching police can zoom in to even see what documents or newspapers are being read.

Phones aren’t exactly tapped, but there isa system whereby certain trigger words will spark off recordings in the phone system.

I wonder – is this unacceptable or an impressive way of keeping crime and terrorism at bay?

The residents have no objections. They are not committing crimes so have nothing to hide. Objectionable literature is banned for example, but can always be purchased just a couple of miles away over the French border. Doors can be kept unlocked – you never have to worry about your car being stolen. It sounds like a nightmare for the criminal element but isn’t that the idea?