Eye of newt, and toe of frog: A potential cure for MRSA?

Home » Featured » Eye of newt, and toe of frog: A potential cure for MRSA? 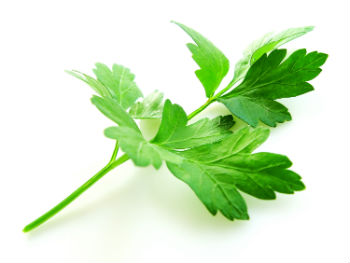 It’s the 9th century and instead of green smoothie recipes and how to teatox there’s a hot new natural remedy book topping the best sellers list. What ‘Bald’s Leechbook’ book doesn’t tell you about natural remedies just isn’t worth knowing, I mean, have a read of the precision in this extract (that has been translated from Old English) for treating an eye infection;

“If eyes be tearful, add to sweetened wine ashes of hart’s horn. Work an eye salve for a wen, take leek and garlic, of both equal quantities, pound then well together, take wine and bullocks gall, of both equal quantities, mix with the leek, put this then into a brazen vessel, let it stand nine days in the brass vessel, wring out through a cloth and clear it well, put it into a horn, and about night time apply it with a feather to the eye”.

A bit of cow’s stomach and some mashed up onion with garlic – really?! Fast forward to the present day and that extract quickly turns into the easily dismissed ramblings of some odd medieval folk who probably stood chanting recipes round cauldrons and knew nothing of actual medicine. However don’t be quick to judge like me, as this year it was lifted from the ancient pages, tested and it actually worked!

I was shocked to find this as without being aware of its effectiveness it’s easy to isolate the text in the past (and so ignore its possibility to work) or just judge it against modern recipes and medicine administration guides. These views leave the ancient text appearing as a comical potion so ‘of both equal quantities’ and ‘let it stand nine days’ are dismissed as random numbers and dates when sat alongside the more amusing instructions such as ‘apply it with a feather to the eye’. Yet upon closer inspection the precise methodical recipe implies Anglo-Saxon doctors may have practiced a method of trial and error very similar to the modern scientific methods of today.

Today the Leechbook is regarded as one of the oldest surviving medical textbooks, despite being far from medical textbooks nowadays. But, as mentioned above, the Anglo-Saxon remedy for eye infections has been found to effectively kill bacteria and, most incredibly, MRSA. This is ground-breaking as MRSA is an antibiotic resistant superbug which means treating the infection (which can cause infections in different parts of the body such as at the lung or joints) is incredibly challenging. Therefore, even when viewed from the perspective of the era it was written in or brought into the present day to be analysed alongside medical textbooks – it is incredibly useful. It is not just a historical document capable if illustrating medical practices throughout the ages but equally or more importantly, an invaluable scientific document.

The modern day recipe, apart from the style of writing, is strikingly similar;

“Equal amounts of garlic and another allium (onion or leek), finely chopped and crushed in a mortar for two minutes. Add 25ml of English wine – taken from a historic vineyard near Glastonbury. Dissolve bovine salts in distilled water, add and then keep chilled for nine days at 4°C.” 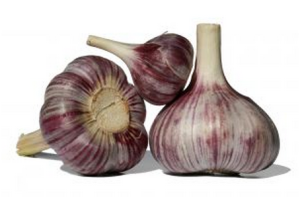 In UK the original text was translated to create the recipe above which could then be tested on bacteria in Petri dishes. In the US research was continued as it was tested on infected tissue from lab mice. Both teams found that the recipe was far more effective, compared to when the quantities of ingredients or method was changed, as it killed around 90% of MRSA bacteria (more even than a modern medicine, called vancomycin, which is strictly reserved for serious infections).

The future holds clinical trials if the compound is to be licensed as antibacterial, though its natural ingredients may allow it to be eligible for an accelerated approval process for plant-based products called the Botanical Drug Pathway. This shows how though it has been miraculously rediscovered for use in the present day there are still hurdles to overcome. Another is the discovery of how the mystery behind its effectiveness can be bottled and labelled as a safe and viable product for the modern pharmaceutical world.

In the meantime what does the discovery mean? As well as the obvious potential to improve lives, it illustrates the importance and benefits of joining modern research with past research and non-scientific writings in a combined exploration of the arts and science. Who knew back then it would have the potential to help in centuries to come? For me that is the most fascinating thing – how it has existed for one thousand years, far longer than antibiotics let alone antibiotic resistance and today has the potential to halt the relatively new threat of antibiotic resistant MRSA. It’s also wonderful that the answer may lie in such simple and natural ingredients.

So while it may not always be wise to believe in the latest natural cures or go rub potions in your eyes because the medieval wise woman told you to, it proves the wisdom of past should not be so easily dismissed.