The Kidnapping of Princess Anne

Home » All society » The Kidnapping of Princess Anne

The 1974 kidnapping attempt on Princess Anne.

Princess Anne is the only daughter of Queen Elizabeth II and in March 1974, four people were shot by a man who was trying to kidnap the princess for ransom.

Anne, or the Princess Royal as she is known today, is not one of the younger, more popular members of the royal family such as Harry, William and Catherine, but she’s widely acknowledged to be the most hard-working member with a workload which includes valuable work for numerous charities.

But when the kidnapping attempt took place she was a young woman of only twenty three and had been married for only a few months. Her husband, Captain Mark Philips, was with her when the attempt took place. They had been attending a charity event in London and were being driven back to Buckingham Palace in the early evening. 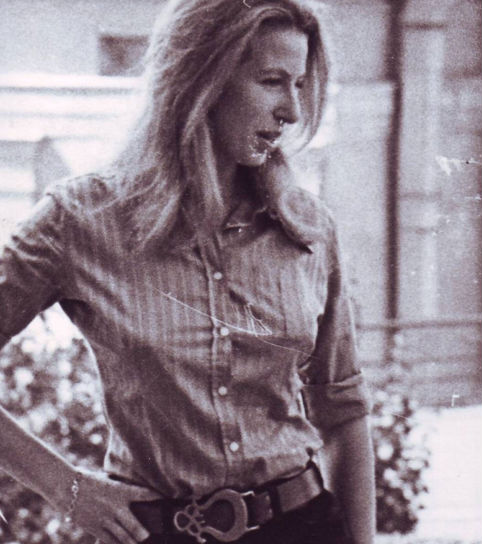 A car overtook theirs and the driver slammed on the brakes causing the royal car to stop. A man got out of the car and at the same time, Princess Anne’s policemen also got out of the royal limousine.  The would-be kidnapper was firing his pistol.

The policeman also fired and Princess Anne later believed that the bullet came through the car. But when he tried to fire again his pistol jammed and he was shot by the assailant. The car’s chauffeur also tried to intervene and he slumped back into the driver’s seat when he too was shot by the kidnapper.

He then shot a passer-by who also tried to help and then opened the back door of the car and demanded that the princess go with him. Princess Anne refused and with the straightforwardness for which she is well-know said ‘not bloody likely!’

A tug-of-war ensued. The man was pulling on the princess’ arm trying to get her out of the car. Her husband was pulling on her other arm to prevent her from being dragged out. She later recalled that her dress split up the back and humorously, that this was when she really got angry.

Her injured policeman managed to get back into the car and the gunman shot him again.

In the melée, she ended up flat on her back with her husband half on top of her. The car door was now closed with the gunman being outside. Princess Anne reached behind her head, opened the car door and did a backwards somersault onto the road hoping to surprise her attacker.

A policeman nearby was alerted by a member of the public and tried to intervene. He two was shot but had the time to radio for assistance.

He was, and moved to the front of the car giving the princess time to get back in. By this time, the police had been alerted and arrived in force. The would-be kidnapper fled but was soon apprehended.

See Princess Anne talking about the kidnap attempt with her customary humour in the video below.

By the way, it’s rumoured that the royal family’s nickname for Anne’s husband, Captain Mark Philips, was ‘Fog’ — because he was ‘thick and wet’.

All the men who were shot during the kidnapping attempt made full recoveries and were awarded medals and honours for their bravery.