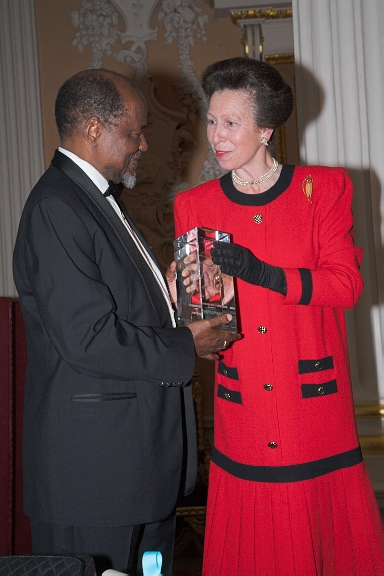 These days, we are more aware of the more ‘glamourous’ members of the royal family. In particular, this applies to the younger generation, royal babies, fashions and lifestyle.

But one of the older members of the family, Princess Anne, has had an interesting life, a touch of scandal and yet is known for being one of (if not the) hardest working of the British royals today.

Born in 1950, she was always a rebel and a tomboy. She was never anyone’s idea of a beautiful and compliant princess. She had a fairytale marriage that went badly wrong when her husband had an affair and an illegitimate child. It has been suggested that her second child was born to a lover and not her husband. She was almost shot and kidnapped in 1974 and she is now on her second marriage.

Yet she is one of the most admired members of the royal family because of her gruelling workload, her former sporting achievements and her work with charities.

Clothes,makeup and jewellery are not her thing and she’s happiest when she is in the countryside wearing jeans, old boots and a sweater, face devoid of makeup and hair loosely pinned back.

She is also forthright, blunt, intelligent and funny. She’s a no-nonsense sort of girl.

Her first husband, Mark Phillips, was a rather dashing army captain. When they married he refused a peerage from the queen, probably at his wife’s suggestion. This meant that their children have no royal titles and when it came to naming them, Anne had no time for the conventional royal Jameses or Alices- her children are Peter and Zara. See the second video below.

It’s also said that Prince Charles, then in his mid twenties, nicknamed Mark ‘fog’ – meaning he was thick and wet.

Princess Anne, who still rides, was a competitive rider and was part of the 1975 British equestrian Olympic team. Like her father, she was impatient with reporters and photographers. During one country event, where her horse threw her and deposited her in a muddy stream, the cameras clicked away. She told the reporters to ‘naff off’. This apparently is a euphemism – the newspapers did not report her actual words – well, not the first word anyway.

She was and is fearless on horseback and likes to drive fast too but she’s not above the law. Princess Anne had had her fair share of speeding tickets. Speaking of driving, she also has a HGV (heavy goods vehicle) license which enables her to drive horse transport. It also entitles her to drive commercial trucks – she once joked that if royalty was abolished, she could make  living as a truck driver.

One evening, Anne and Mark were returning home after an event and a car swerved in front of their chauffeur-driven vehicle bringing it to an abrupt halt. The kidnapper shot for men (not fatally,fortunately) and insisted that Anne accompany him- he intended to hold her to ransom. Her response was ‘not bloody likely’.

You can see her talking about this, in her own amusing style, in the video further down the page.

Her marriage didn’t go well. Her husband had an affair and fathered a child. This was proved by DNA testing. There were also rumours that the princess was conducting her own liaison. Needless to say, the couple were divorced. Remember this was years before the ‘scandals’ of Charles and Diana, Prince Andrew and Fergie.

Anne remarried and was the first royal to divorce and remarry for almost ninety years.

See the videos below to learn more about this forgotten royal.