Who is Princess Gabriella?

You see, the thing is this. I have decided who Prince George ought to marry. OK, I know that he was born in 2013 so marriage is hardly on his list of priorities right now.  So yes, I’m a bit premature. Marriage might not be on the cards for another twenty five or thirty years by which time I might no longer be around (I’ll be amazed if I am) so I’m going to get my selection in now.

I know that people (even those who might be king one day) should marry for the best of reasons. Gone are the days of royal arranged marriages. But still….

And of course, there’s no reason these days for a member of the royal family to marry a girl of a similarly regal background — that was Queen Victoria’s plan, to conquer Europe by marrying off her many children to European royal houses.

Gabriella is a year and a half younger than George and as her name and title suggests she has an immaculate pedigree. (Sorry if that makes her sound like a racehorse). She is royal, rich and I’ll bet that she’ll be incredibly beautiful. (And sorry, but the British royal family could do with a genetic shot of beauty).

As well as the royal blood that runs in her veins, there’s also European, African and American so she will also be a perfect princess (or even queen) for today’s diverse Britain.

The chances are that she’ll be stylish too.

The photo above was taken on her wedding day when she wore the best royal wedding dress ever.

Both Gabriella’s parents are fit and sporty – another aspect that will go down well with the British royal family. The photograph above give you an idea about the genes provided by her mother but what about her dad’s side of the family? Here’s a paternal cousin.

What about dad himself? Well, I’m going to show you an older photograph of him because now he’s in his late fifties and bald.

So dad was pretty gorgeous in his day too. But let’s get back to baby Gabriella.  She’s royal (fourth in line to the throne) and if she takes after the rest of her family she’ll be smart, sporty and fun. And if she has her mother’s style …. below see one more photograph of mum…

Look at that hat! That button detail! The peplum!

But in addition to getting style and beauty from her mum, Gabriella will also get a huge boost in the gorgeous gene department from her paternal grandmother. 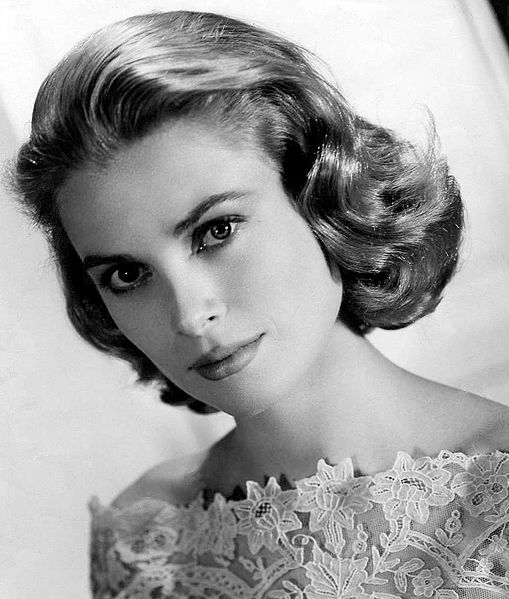 So Prince George – once you’re old enough to read this – I highly recommend that you keep your eye on Monte Carlo and the growing-up of Countess Gabriella. And if the above hasn’t convinced you then remember there’s a bonus too:

The best seat in the house every year at the Monaco Grand Prix!