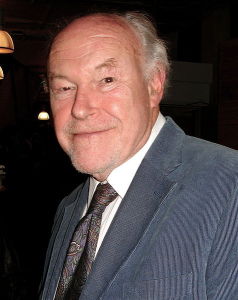 Renown British actor, Timothy West, recently revealed that his wife was suffering from ‘mild Alzheimer’s’. He was more than happy to discuss this in a television documentary.

The couple, who celebrated their golden wedding anniversary in 2013, are determined to continue their lives as normally as possible.

They were greatly applauded by the Alzheimer’s Society for bringing her condition to the public’s attention and for raising awareness. Previously, well-known sufferers have completely retired from any sort of public life after being diagnosed and the way this ‘showbiz’ couple deal with the problem can hopefully be an inspiration for others who are facing the same thing.

Of course, the condition Prunella suffers from right now is mild, but the fact that the couple do not hide it shows that they are determined to simply adapt to the problem and therefore give hope to others. 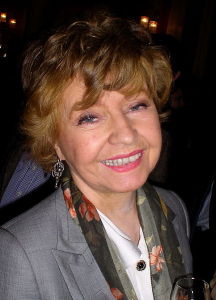 Her condition was actually diagnosed fifteen years ago but it is only recently that the couple decided to be completely open about it.

Being interviewed with his wife in December 2014, Timothy West explained that his wife would ask a friend ‘how is your mother?’ when the mother in question had died several years before. The next time she saw the friend, she would ask the same question. ‘Oh God, I don’t, do I?’ his wife exclaimed.

When he explains that she might tell the same anecdote three times in one evening, she murmurs ‘how dreadful’.

Then he he explains that she can still beat him at a game of chess.

But the interview had light-hearted moments.

When asked whether his wife could still cook, West replied that it was getting more difficult because she would ‘forget where the sultanas are or something’. To which Prunella responded ‘What nonsense. I could take you into the kitchen right now and show you exactly where the sultanas are’.

She explained that, as a still-working actress, she was finding it more difficult to remember her lines. Wondering about the extent of her memory,the interviewer asked ‘do you remember Fawlty Towers?’ Prunella asked ‘Do you mean my lines from Fawlty Towers?’

She explained that she could remember lines from plays she had been in fifty years ago.

As in the very best of marriages, this situation has caused a shift but not an insurmountable crisis. Pru has a huge whiteboard in her kitchen to remind her of the things she needs to do, or on which to make notes. There are sticky notes everywhere in the house and Prunella keeps a notepad by her bed.

There’s no doubt that this is a harrowing disease but the couple are showing that it’s nothing to be ashamed of and can be handled with grace and humour in its earlier stages.

The couple are lucky enough to be able in indulge in their favourite hobby – messing about in narrowboats on the canals of England. Indeed, a documentary series was made about their experiences.

In the video below, they briefly speak about Pru’s condition. Her husband says that they are determined to enjoy life to the full for as long as they can.

Pru admits that the problem can be a bit of  nuisance at times but  she can still open a lock gate or make the skipper a cup of tea. Marvellous.