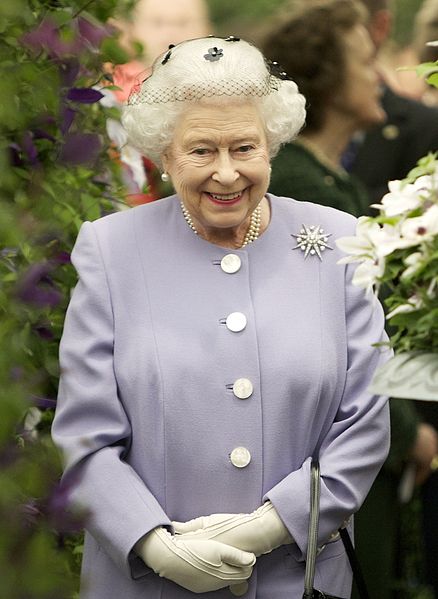 On 9th September 2015, Queen Elizabeth II  became the longest-reigning monarch in British history. On the date, she had been on the throne for almost sixty four years. At that time, she was eighty nine years old.

She surpassed the current record holder, her great-grandmother Queen Victoria, who was on the throne for 63 years 216 days.

You might admire the royal family or it may be that you think that the royals are an out-of-date establishment but whatever your thoughts,you’ll have to agree that this is a wonderful achievement. One worth celebrating, in fact.

But this won’t happen.Certainly not as far as the palace is concerned, anyway.

The queen, in common with her great-grandmother Victoria, has expressed the wish that there should be none of the British royal celebrations we have become accustomed to over the years.

Victoria received letters and telegrams from all over the world congratulating her one her milestone and she received them graciously, saying that she was grateful and moved by the correspondence.

But she felt that to make a fuss of the achievement was disrespectful of the former longest-serving monarch (her grandfather, George III) and it seems the queen today feels the same way about her predecessor.

There may well be celebrations organised by the public (you know what we Brits are like – any excuse for a party is a good one) but there will be no official celebrations, no formal parties or banquets, no commemorative merchandise that is authorised by the royal family.

A fine example to older people

The older I get myself, the more I admire what the queen does today and has done ever since she ascended to the throne. Even though she is approaching her nineties, she is remarkably active and bright.She invariably takes an interest in the people she meets – yes, after sixty three years of public engagements, she remains interested and alert. I’d be bored to tears.

For sixty three years she has entertained visiting dignitaries at posh banquets when I’m pretty sure that she would rather be curled up in front of the television with a slice of cake and a gin.

Usually accompanied by her husband, the Duke of Edinburgh (who was ninety four when she reached her milestone) she travels all over the world on state visits. I’m sure that her planes are fitted out far more wonderfully than those cramped cabins with crying babies that you and I have to tolerate but a long haul flight is a long haul flight, no matter how much you travel in style.

When I get off the plane, bedraggled and grumpy, I don’t have people waiting to photograph me for the front pages of newspapers. I don’t have to look immaculate or smile nicely at boring people. The queen can’t relieve the boredom of air travel by overdoing the red wine (my usual habit) because she has to be bright and breezy, without a hair out of place, the minute she steps off the plane.

The queen has been in the public eye ever since her uncle, Edward VIII, abdicated putting her father in the position of king, and then Elizabeth herself in the position of heir to the throne. Yet during all those years, she has never put a foot wrong to the best of my knowledge. She has never insulted anyone. There hasn’t been a whiff of scandal. She has been, in the words of the national anthem, ‘our gracious queen’.

It’s easy to forget too that she is also a mother, grandmother and great-grandmother. She hasn’t only had to put up with the state of the world but she has also had to wend her way though her own personal tragedies and those of her family.

Her father died when he was only in his fifties. Her younger sister died before her time. Her husband’s uncle was murdered. Gradually, she lost all her relatives including her dear mother. There was the Diana debacle. Three of her children went through divorces, two of them being very messy and public. The fourth child was often mentioned in the papers as being gay. The media frequently lambasted her and her family; they bugged their phones and recorded private calls that were made public. All her family were under permanent scrutiny. If her grandsons, quite normally for the teenagers they were then, got a little worse for wear in nightclubs, photographs and quotes were broadcast worldwide. Like many other parents and grandparents, she had to see one grandson going off to the battlefields of Afghanistan and another undertaking dangerous air-sea rescue work. Years before that, one of her sons had seen active duty in the Falklands War. Her daughter and a granddaughter were both injured in equestrian sports. One granddaughter was born prematurely and was lucky to survive.  Her heir, Prince Charles, was often described as ‘loony’ because of his early concerns for the environment. Her personal home suffered extreme fire damage. These are just the tip of the iceberg.

And yet, to use a well-worn cliché, Queen Elizabeth remain at the helm of the ship, steering it into calm waters.

All this is without even touching on her role as an ambassador throughout the world. The queen has been through personal issues that would be enough to sap anyone’s strength and spirit. She must know that it’s likely that she will be a widow within the next ten years or so. She and Philip were married in 1947, before most of us were born. When the queen reaches her milestone, they will have been married for almost seventy years.

No matter what the palace says about there being no official celebrations for this event, I believe that it is something that everyone worldwide should give at least a passing thought.

It’s not necessarily about Queen Elizabeth. It’s celebration of older people everywhere. We’ll all be there one day – hopefully