Book Two in “The Tag” Series is Here!

Peter Riva is back once again with a novel science fiction story that will have you tilting your head, wondering, “Did I read that right?” In this amazing continuation of The Path, Simon Banks will once again need all of his vast computer skills, this time to save Earth.

Part of the pleasure in science fiction is in giving your imagination free rein. Another part is how an author makes his theory seem believable or possible, once you allow for the premise.

Simon starts as an ordinary guy, just doing his job in a future that is run by computers. Soon everyone will realize he is not so ordinary after all. If you haven’t read The Path (review here), I do suggest you grab a copy of it first, so you will understand how it begins.

In this second book, Simon has been in a coma—for a hundred years. When he awakens, he quickly faces new problems. Fortunately his brain, accustomed to the most challenging computer systems, is very creative with solutions.

The Universe: A Vast Computer Network?

Our lives can so often be related to things of nature, from seeds bursting through the soil to the seasons of the year. But have you ever considered how our universe compares to the brain? In another clever twist, you will find yourself connecting the two. Cell by cell…could our earth be considered one?

Now take it a step further. Could our universe be a part of a computer system, each planet, star, and living being a part of the complex program or system? The comparison will leave you contemplating interconnections in a new way.

Meanwhile, as you consider that, Simon Banks awakes aboard a giant spacecraft heading to a far away planet that appears livable to humans. His nemesis-turned-pal Cramer was rescued and brought aboard as well. As the two of them try to comprehend what is ahead, they face numerous difficulties that will need all of Cramer’s bravery and strength, Simon’s skills—both inside and out of the computer, and the help of his best friend, Apollo, left behind on planet Earth.

Because Simon knows he will once again have to find his way into the heart of a new system, unlike anything he’s experienced before, one that may be controlling every planet and every life.

The author’s creativity for this well written story is astounding. It fascinates me that an imagination can be so thorough in detailing out a science fiction plot. Even in part where it was out of my understanding, the idea was well described and understandable.

The characters charm you, foibles and all. Simon’s determination, even though the cost may be too high, makes him all the more likable. Whenever he sees what needs to be done, he takes that step, no matter what. Not a reluctant hero, more an unexpected one, who doesn’t quite understand what all the fuss is about.

Apollo is proof that Simon’s assignment in The Path has been a great success. Apollo, a system itself, has become so human that you don’t question their friendship.

It appears I could go on and on. Instead I will just suggest you read Reaching Angelica, and The Path, as soon as you can. It’s so well written, a fast paced, action filled tale, that will leave you thoughtful, asking “what if…” Much as other ‘far fetched’ science fiction stories from the past have become realities, perhaps Mr. Riva will find his series too is all too real.

Very well done, Peter Riva! So looking forward to the next one. 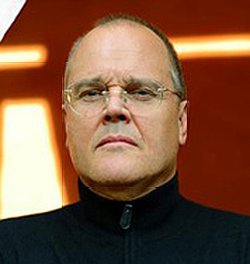