Reading The Riot Act: What Does This Mean?

Home » All society » Reading The Riot Act: What Does This Mean?

What is the origin of the phrase ‘reading the riot act’?

Just about everyone in the English-speaking world has either said or used this phrase. But where did it come from?  For example, someone might say ‘her behaviour is terrible – I need to read her the riot act’.

The phrase has its origins in 1714 in England.

Those were turbulent times in the British Isles. There were riots and revolts for several reasons. You know what the English are like with the history of their monarch – when George I ascended to the throne this is just one matter that caused rioting. So the government of the day developed the Riot Act. This act was in force until it was repealed as late as 1967.

The act proclaimed that if a group of more than twelve people convened for the purpose of (or even the suspicion of) creating mayhem or unruly behaviour, the Riot Act could be read. This is the proclamation that, by law, had to be read aloud to the assembled group. 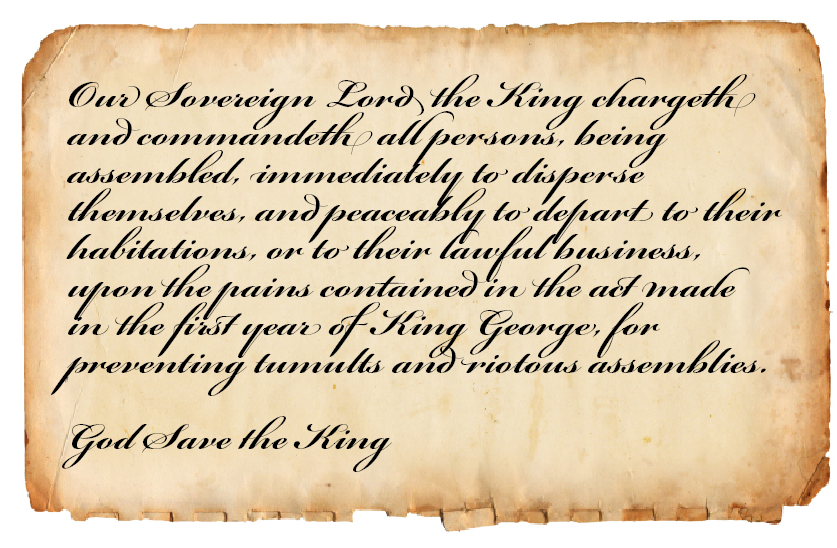 Once the Riot Act had been read, the group had one hour to return to their homes or otherwise disperse.

Having been given what was considered to be a fair warning,it was deemed that should the assembled crowd not disperse after one hour, then they could be legally arrested or forced to leave.

After that hour had passed, the forces of the law were basically allowed to use whatever force necessary to make sure that the crowd offered no danger.  They were indemnified even if they killed rioters when dispersing the crowd, as you can see below: 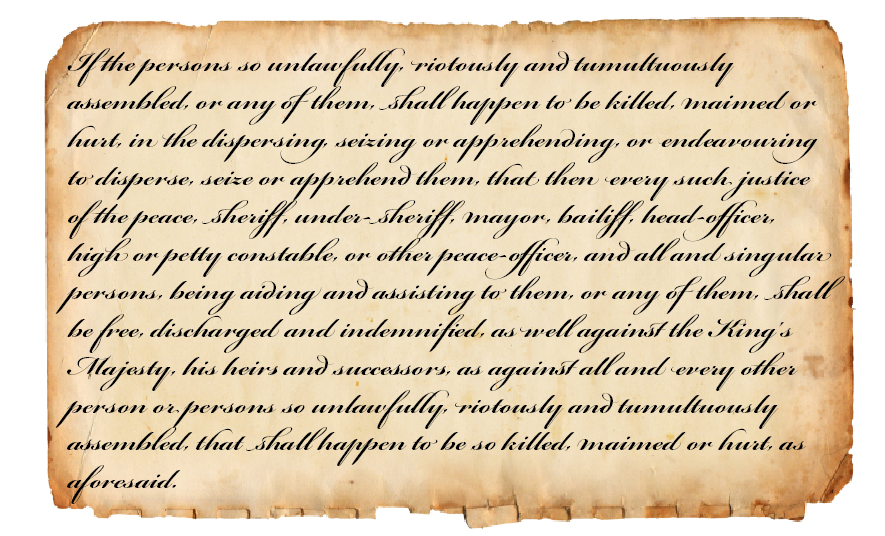 Essentially, this meant that the law-keepers were perfectly within their rights to open fire on any rebellious crowd who had been given their one hour warning by the reading of the Riot Act. And this did happen. There were fatalities.

The reading of the Riot Act was a feared occurrence and in later years was used only in extreme circumstances but nevertheless gave the police immense powers.

Think of this next time you use the phrase!