I hate to see good food dumped. This goes back to my 1950s childhood when rationing still affected Britain so there was very little food to waste. It was also bought on as-needed basis from local shops and cooked that day or the next.

But today food waste is prolific – and shocking. One third of all the food in the world gets dumped, amounting to a staggering 1.3 billion tonnes a year. Yet nearly 8 million of the world’s population doesn’t get enough to eat. And it’s not just in the Developing World this happens. In Leeds, West Yorkshire, a city near me, over 22,000 people, including children, were diagnosed as malnourished in 2012.

Against this backdrop, one local person said ‘Enough’. Local chef, Adam Smith, spent a year working in Australia and saw how much food was wasted by farms and kitchens, and on his return to Britain decided to do something about it.

In 2013, Adam and others co-founded the Real Junk Food Project (RJFP). 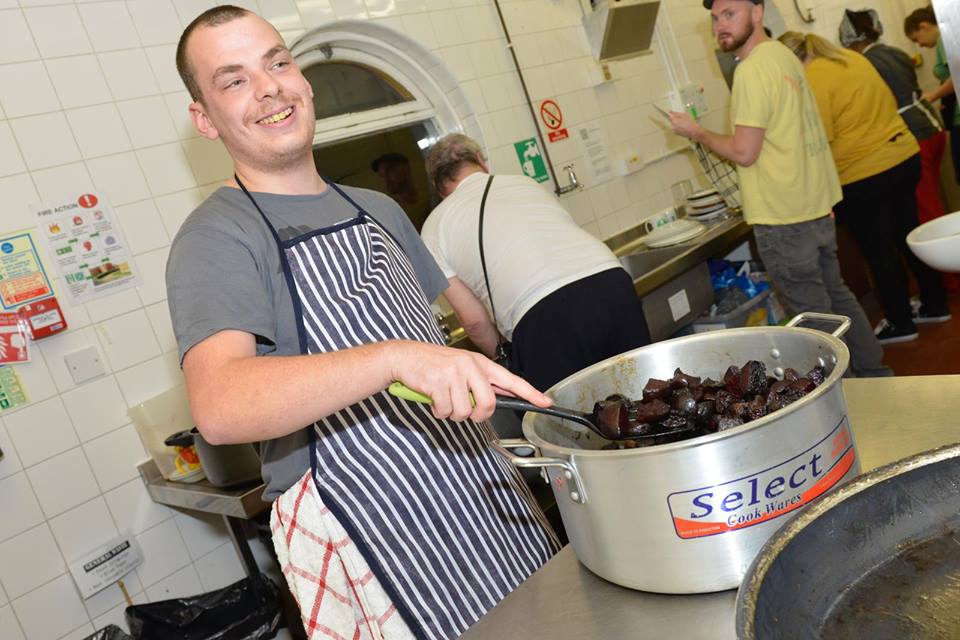 They opened a café in the Armley district of Leeds, one of the most deprived areas of the city, and cooked and served surplus food gathered locally on a pay-as-you-feel basis. People could eat a substantial and healthy meal, and pay what they could afford. Or if they couldn’t pay, they could do something else in return – wash dishes, peel potatoes, help out in the café.

Surplus food was gathered from restaurants, cafes, catering functions and events, as well as supermarkets. The food from supermarkets was usually past its sell-by dates, but as Adam Smith argues, these dates are often more marketing orientated than real: designed to encourage consumers to dispose of food showing old dates and buy more. The real test, according to Smith, is how safe is the food to eat. He argues that anyone who cooks regularly will know, by using their eyes, nose, and taste when a food is no longer fit for consumption.

The idea quickly took off and just under 3 years after the launch of the first café, there are now over 100 RJFP cafes in Britain and overseas. The cafes are not charities, but run as companies and staffed by a combination of paid and voluntary staff. All the cafes have professional chefs employed to plan and cook the food, with volunteers helping out behind the scenes or front of house. 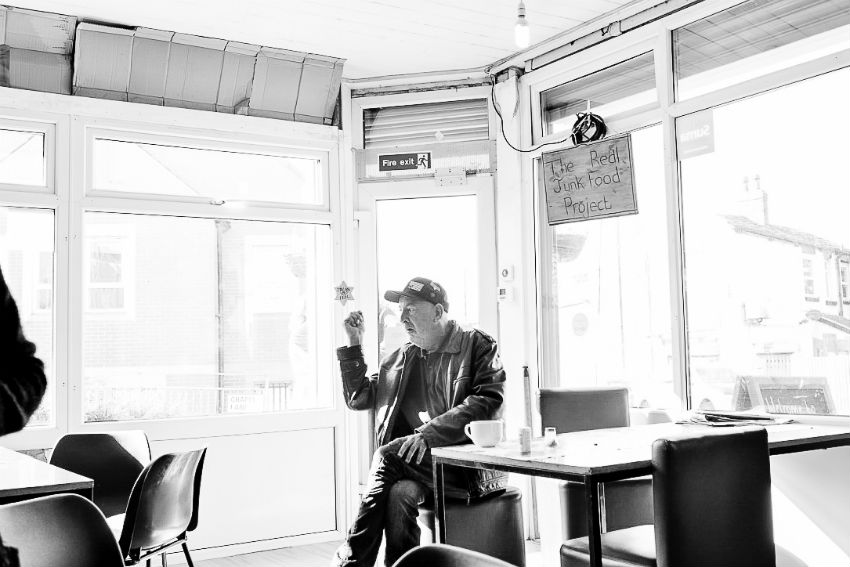 In my home area, the ‘Saltaire Canteen’ café is part of the RJFP, and one of the volunteers, professional photographer, Shy Burhan, quickly saw the social history potential for photographing the day-to-day life in the cafés. 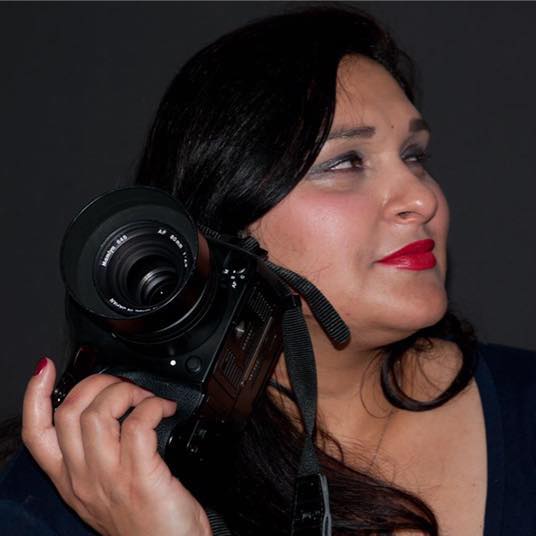 In 2015 Shy embarked on a three month circuit of RJFP cafes in Britain, culminating in an exhibition of 300 photographs at the ‘Saltaire Canteen’ during 2015/16. You can see some of her work in this article. 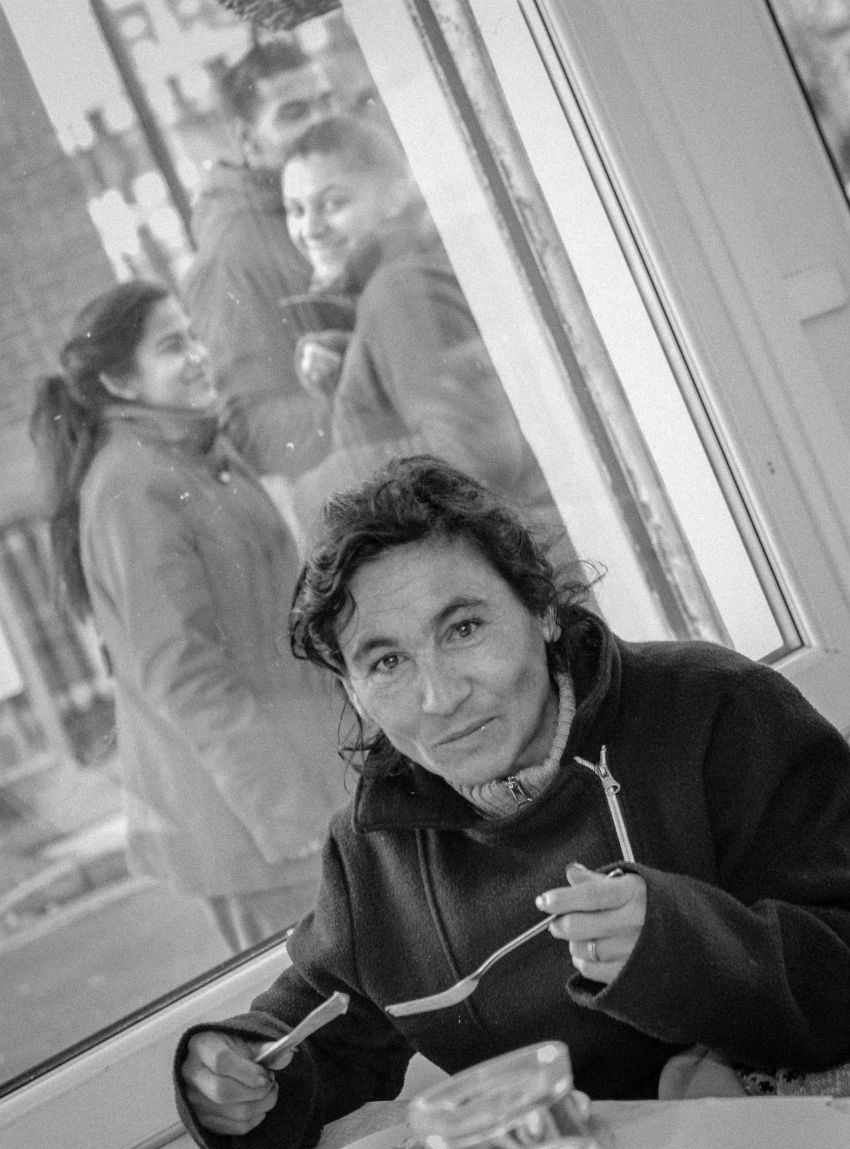 Shy’s photographs show a real sense of community in the cafes. However, as Adam Smith says a main aim of the RJFP project is to draw attention to the waste food issue in society and he would be delighted if there came a day when the café was now longer needed.

As he says, their business model must be the only one around where they hope to go bust in the future. 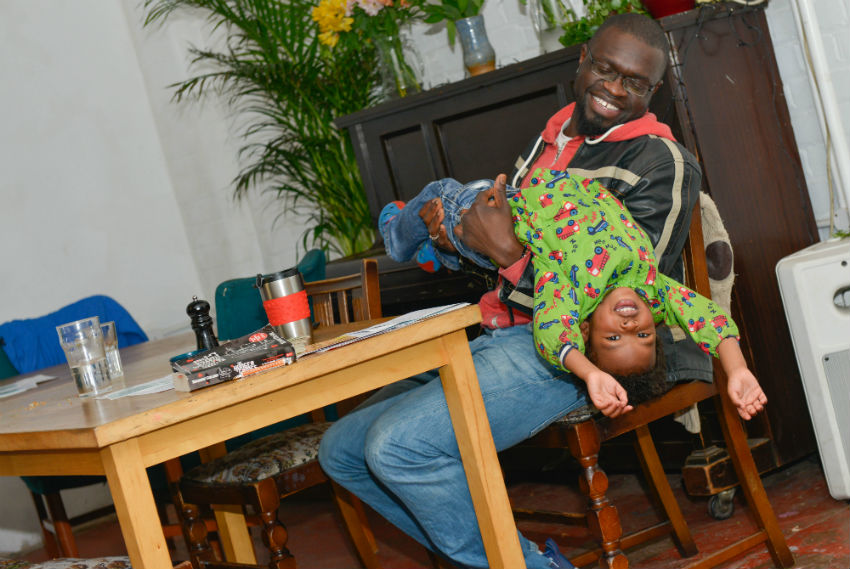 Read more about Shy Burhan and her exhibition of photographs at ‘Not Just Hockney. 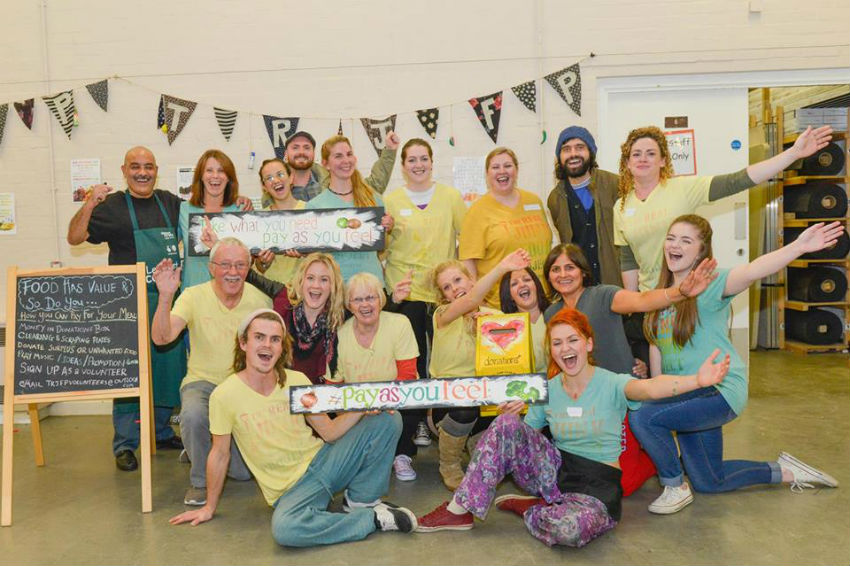 Editor: STOP PRESS! I am delighted to hear that the Real Junk Food Project will shortly be starting a location in the USA – in Indianapolis. Please come to Fort Lauderdale soon – I want to volunteer 🙂