The Murder of Sal Mineo

Who was Sal Mineo? 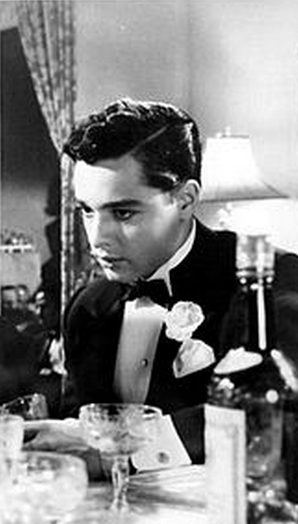 Twenty years before he was murdered, Sal Mineo had been a Hollywood heartthrob. He specialised in playing young toughs such as his part in the James Dean movie, Rebel Without a Cause. But by the time of his murder in February 1976 his career had spent some years in decline.

But he wasn’t depressed about his situation. True, he had sold his palatial home and was living in a $75 a month rented apartment but he was optimistic that his career would be revitalised.

On the evening of February 12th, he pulled his car into the parking lot behind his rented apartment and walked down the dark alley leading to the entrance of the building. But someone was watching him.

Suddenly, residents of his building heard screams and a cry for help. Many of them dashed to the alley and found that Sal Mineo was on the ground, blood gushing from a chest wound.

His Hollywood nickname had been’the Switchblade Kid’ and now he had been killed by  blade –  a single knife wound had ended his life. Some of those who had dashed to help said later that they had seen a young man with long blond hair running away from the scene.

The police arrived on the scene, examined the body and interviewed witnesses. But they could see no motive for the murder and none of Mineo’s possessions were missing from his body. They only had one tenuous lead. Sal Mineo was interested in prison reform. Had he been killed by a prisoner that he was trying to help?

As they continued to investigate, they followed another lead. Could the murder be drug related? Cocaine was enjoying its heyday in Hollywood. Was Mineo a user? Was he the victim of a drug deal gone wrong? Or was the murder related to his gambling habit? He regularly went to Vegas. But the police soon found that the drugs and gambling theories were dead ends.

It seems that at this stage, the police had not yet investigated Sal Mineo’s apartment so they decided to do so to search for additional clues. What they found astonished them. They remembered Mineo from his heartthrob movies and his reputation as something of a stud.

But in his apartment they found that the walls were covered in photographs – of nudes. Nude men. Some of the subjects of these photographs were dressed in female underwear. The police also found homosexual magazines and books. Mineo had been known for his long term on-off affair with actress Jill Haworth but now it seemed that this had been a sham – a cover for his homosexuality. They returned to the theory of the long haired man who had been seen by witnesses on the night of the murder. Was he a spurned lover? The police interviewed every known gay man in the area – with no results. Mineo’s sexual preferences were splashed all over the newspapers – at a time when America was less tolerant towards the gay community. 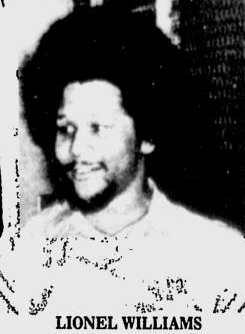 It turned out, two years later, that Mineo’s murder was not gay-, drugs- or gambling-related. In 1979 a twenty two year old former pizza delivery man, Lionel Williams, was charged with the murder.The chief prosecution witness was a prison warden. Williams had been serving an eight month sentence for passing bad cheque when the warden heard him boasting that he had killed Mineo.

Williams said that he had no idea that his victim had been a well known movie star. He also said that his motive for the attack had been robbery – but yet nothing was taken from Mineo’s body. His wallet was intact.

He was convicted largely because of two pieces of evidence

The first was, of course, the evidence that he had been overheard boasting that he had killed Mineo. The second was that on the day of the murder he had rented a yellow Dodge Colt and that a car of the same make, model and colour had been seen in the neighbourhood.

But Williams was five feet five and black.When the police had arrived on the scene on the night of the murder, several reported seeing a taller white man with long blond hair running away.

Yet he was sentenced to fifty seven years in jail.

The chances are that we will never know the truth about the circumstances of Sal Mineo’s death. It’s sad that he same to such an end at the age of only thirty seven – but it’s also a shame that his private life was reported with such glee by the press.