Regular readers – all three of you 😉 – know that I was brought up in Barnsley in South Yorkshire. I’ve recently been looking into the history of a certain address, the reason being that in the 1950s my dad used that address as part of his business.

Here’s a photograph from those days.

That’s my old man’s business on the right of the picture – Service Garage Ltd. I don’t know if you can read the sign on the building to the left, it’s the Three Travellers Inn. (Later, we’ll see what that area looks like now). In his autobiography, my dad says that when he was a kid ‘there were seventeen pubs and music halls on just that one street in those wild days, so they say, and the street was only about four hundred yards long’.

It used to be said that it was impossible to have a pint at every Shambles Street establishment and then find your way home.

But what I’ve recently discovered is that the building that housed Service Garage was once also a pub called The Three Crowns. I can’t find out exactly when it was opened but the first mention I find of it was in 1822. (The three crowns, incidentally, refers more than likely to the Magi – I wonder if they were also the ‘three travellers’.)

The building almost certainly dates from before that date – in 1976 workmen unearthed a fireplace in the Three Travellers and found that it was dated 1404. The facade of number 34 that you see in the photograph above hides a much older building. The building had an archway in the middle which gave access to the stables and yard in the rear. You can see in the photograph above that Service Garage glassed in the archway.

The Three Crowns closed down in 1903. The rooms on each side of the entry were converted into shops. The one on the left, the future home of Service Garage was occupied by J.W Beaumont, a temperance hall proprietor and herbalist. Here’s a photograph. 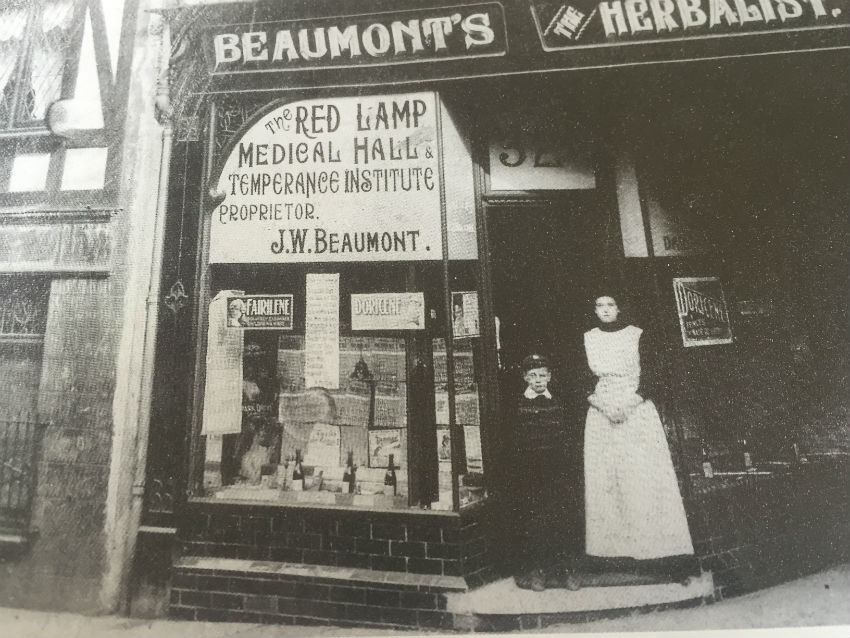 Isn’t that a fabulous photograph? And you can just see the Three Travellers on the left – look at the leaded windows and, if I’m right, stained glass in the lower windows. Exotically, the shop on the other side of the arch was occupied by one Isidore Cafolla of the Italian ice cream making family.

After Cafolla, a photographer moved into the place in 1912 and another of the same profession in 1914, Mr A.J.Roberts. Buried within many a Barnsley mother’s biscuit tin were family portraits with the ‘A.J. Roberts’ insignia inscribed upon them. (In those days, mothers always kept their photographs in biscuit tins – to protect their precious memories from fire, quite possibly).

The next photograph is from the nineteen sixties and Mr Roberts’ shop was still there and Service Garage had been replaced with Downend and Lister. 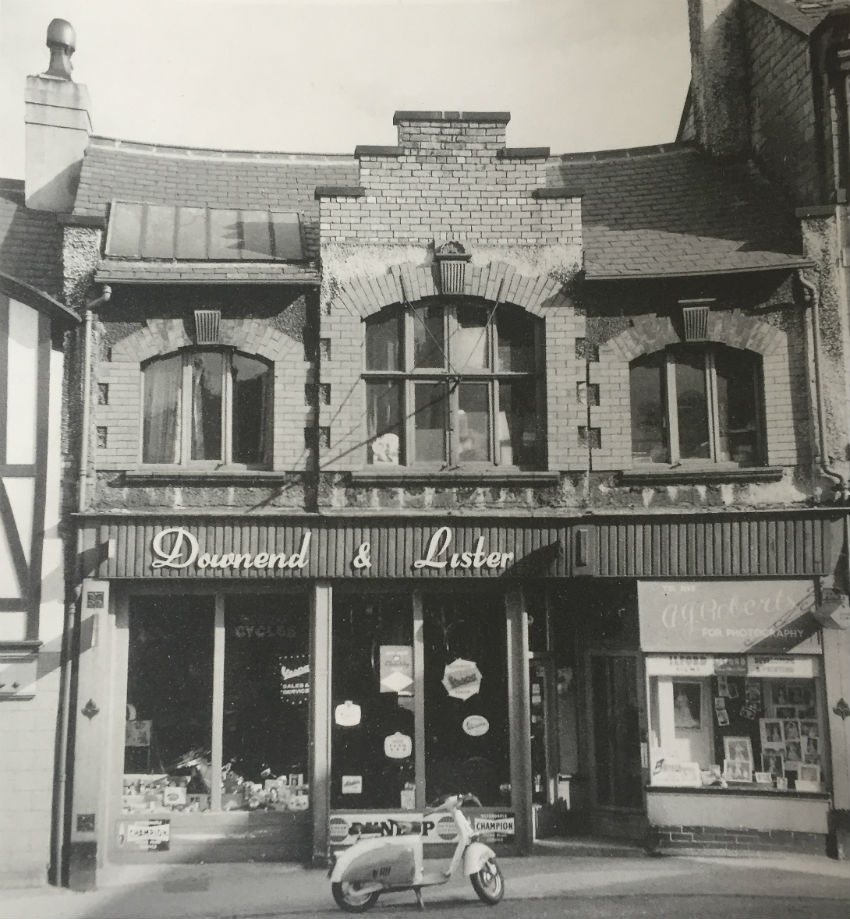 You can just see on the left that the Three Travellers is still there.

Mr Roberts was there until 1972 by which time he must have been a ripe old age. And so must I be too, because my mum’s biscuit tin had photographs of me, my sister and brother taken by Mr Roberts.

What happened to 34 Shambles Street?

The year after Mr Roberts moved out the building was destroyed by fire.   And what did Barnsley decide to put in its place? Just wait until you see the next photograph (screenshot from Google maps). It became the Gas Centre and at time of writing is empty.

What possible planning permission committee approved that monstrosity? And look what’s happened to the poor old Three Travellers. It stood fast as a pub until 2010. It was had a couple of other names in its latter days when it was known as Draycotts and then Isaacs.

Now it is a restaurant called Red Ginger and it’s remarkably ugly. Here’s how it looked when it was Isaac’s. 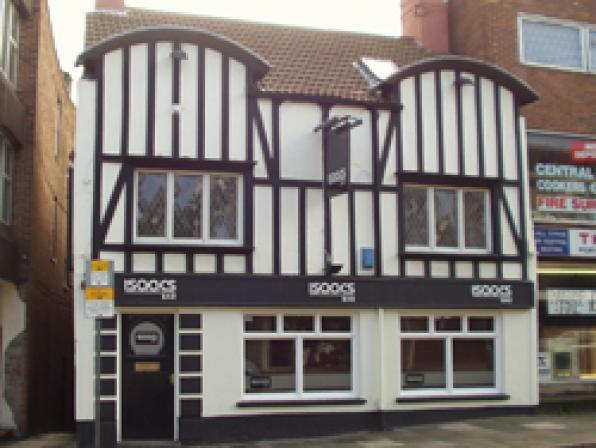 Quite tasteful really. But now? Once again, the people at Barnsley Council who are in charge of planning permission have totally messed up a gorgeous old building on a traditional, historical street. Can you imagine a property in York or Chester being painted in that pathetic magnolia colour with the beams painted over?

Barnsley is very lucky that I now live more than three thousand miles away – I’d start a campaign otherwise.