Should the throne go to William and skip Charles?

Home » Featured » Should the throne go to William and skip Charles?

Should William be king instead of Charles?

Every time the press bring up the idea of the queen abdicating – as they do increasingly as she was born in 1926 and getting no younger – there are invariably those who say that if she was to do so, the throne should go directly to Prince William and miss out Prince Charles altogether.

I simply don’t get it. Quite apart from the fact that succession simply doesn’t work that way  (we do not elect our monarchs)  I think this is a crazy (and uninformed) idea. We don’t choose our monarchs because we ‘like’ one over the other. 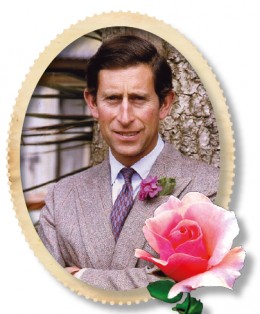 Prince Charles, ever since he was a small boy watching his mother being crowned, has been carefully brought up for the role he will eventually undertake. Like the queen, he has an exceptional sense of duty.

I don’t think he was ready to be king in his younger years but now he has a sound and stable marriage,  his views and causes are firmly in place and I believe that he will be an excellent king for modern times.

When he was younger, he was considered nuts because of his enthusiasm for the environment, for organic foods & farming methods and  for the planet in general. Isn’t that wonderful for a monarch of today?

He may seen like an old fuddy-duddy to some, but he is an enlightened and sensitive man who has the qualities needed to be the sovereign.

He was born in 1947 so he won’t enjoy a long reign like his mother. As a king-in-waiting he has studied the role, studied the world and developed his own interests and passions. He knows what he wants to achieve for the world and this means the world, not just Britain. He is not insular.

He encourages all faiths and nationalities. His initiatives, such as the Prince’s Trust, help young, disadvantaged people find their strengths and their confidence. Prince Charles truly cares. 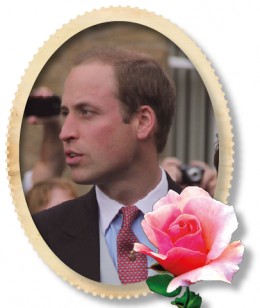 Prince William is his father’s son in every way and shows every sign of being a wonderful monarch in the future. He has a gorgeous and genuine young wife and, like Charles and Camilla,their relationship has stood the test of time.

He has a young family and should be able to enjoy it without the burdens and responsibility that being the king would entail.

Those who say that they should ‘give’ the sovereignty to William (as though it was a charming gift to bestow) seem not to realise that this isn’t a pleasant ‘gift’ to receive.

It is an extremely hard job of work.

Catherine too needs time to adapt to her role and should be entitled to the advantages most of use have – enjoying  a growing family. (Can you imagine what Diana would have been like as a queen? Catherine does not have Diana’s insecurities and instabilities of course, but ‘Queen Diana’ would have been a disaster).

William, like his father, has been brought up knowing what his eventual role will be. But please, can’t we let him enjoy life first?

The life of a monarch

It’s easy to think that the life of  a king or queen is the most wonderful existence. You don’t have to worry about where the next meal is coming from. You have staff working for you. Your live in wonderful palaces (which are not actually yours; they belong to the nation), you have crown jewels (ditto), you travel the world.

But the downside is that your every movement is reported in the media. You have zero privacy. You have to be interested in everyone you meet. Any failure or minor slip-up is reported worldwide. You can’t have an evening at the pub with your mates. Everywhere you go, you are shadowed by bodyguards … and the media. You are misquoted, the media speculates about every aspect of your life, your every move is analysed.

You have to attend boring meetings and ceremonial dinners. You have to be on your best behaviour at all times. Dance with someone at a party and you’re having an illicit affair. (And don’t even think about having a real affair).

You can’t pop round to see your sister for a cup  of tea and a gossip. Everything you wear will be criticised so you need to look your best all the time. Fancy a night in with a bottle of wine, a takeout pizza and an old movie on TV? No chance. Oh,but you can’t eat pizza anyway. The press will report any weight gain and, if you’re female, speculate that you’re pregnant.

Let’s allow Charles to rule and let’s allow William to enjoy his family.