Home » All society » The Murder of Sir Harry Oakes

This story of a brutal murder has all the ingredients required to make an excellent thriller or film – but these events actually happened.

The victim was a hugely wealthy businessman, we also have a Nazi spy, a beautiful socialite, the Mafia, exiled royalty and more fascinating characters and the scene is set in the beautiful Bahamas during the Second World War.

The murder took place in 1943 when millionaire Harry Oakes was viciously slain as he lay in bed during a violent thunderstorm. To add to the drama, he had made his fortune thanks to discovering and mining gold in the early part of the twentieth century. Furthermore he had a much younger wife who he’d married after a whirlwind shipboard romance.

So who killed Harry Oakes?

First, let’s have a look at the murder itself. On that fateful night, 7 July 1943, Sir Harry’s family were away. But he had an overnight guest, Harold Christie.They were old friends and it was because of Christie that Oakes had moved to the Bahamas and become a British citizen. (Oakes had been born in Canada). Bear in mind that at this time.the Bahamas were British.

A few friends had been at the Oakes’ home that evening. It was just a casual gathering. When the other guests had left, Christie bade Oakes goodnight and retired to his room. He later testified that he had heard nothing during the night, apart from being woken for a few moments by the tropical storm.

When he woke in the morning, he ventured into his host’s bedroom. He said that this was at about seven in the morning and that he wanted to find out about when breakfast would be served. But he found a grizzly scene. His friend Harry Oakes had been brutally attacked. Not only that, the perpetrators had tried to burn the body.

Who  was Harold Christie? 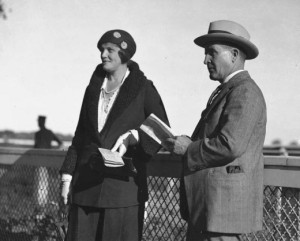 He was a respected businessman on the Bahamas. He was largely known for being a property developer. He was a close friend and also a business associate of Sir Harry’s. Because he was such a well-known figure, he was not considered a suspect in the case.

During the Second World War, the abdicated king of England, now known as the Duke of Windsor, was the governor of the islands. He was sure that the local police couldn’t investigate the murder properly.  He wanted to call in Scotland Yard but with the wartime situation, this was impossible. Therefore, he recruited detectives from nearby South Florida. 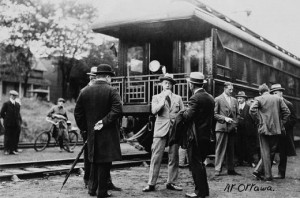 They were not a success. Their immediate suspect was a man called Freddie de Marigny. He was the son-in-law of Oakes and had married Oakes’ daughter Nancy when the couple had eloped when she was only eighteen years old. Although Freddie called himself Count Marigny,  the police were suspicious because he had no real claim to that title. the Marigny name came from his maternal line.

Marigny was sent to trial

Oakes’ daughter, Nancy, refused to believe that her husband had anything to do with the murder of her father. But there was surprise in the court when the Miami detectives claimed that they had found Marigny’s fingerprints on a screen in Harry Oakes’ bedroom. But of course, it was likely that a son-in-law could have been in Oakes’ room and a screen was a removable item.

But fingerprint experts disagreed that this ‘evidence’ had validity. The Miami detectives couldn’t prove their claim. They lost even more credibility when de Marigny that he had been at a party on the night of the murder in front of many witnesses. He freely admitted that he had driven another guest home and in doing so, had driven by the Oakes’ residence. His bride Nancy was questioned also, favourably. The court decided that de Marigny was not guilty of the murder of Sir Harry Oakes.

Can you solve the crime? Who murdered Sir Harry?

It was later claimed that Harold Christie told close friends that in fact he had murdered Harry Oakes. Christie owned a lot of land in the Bahamas and Oakes’ objections to opening casinos could have affected his wealth.

This was believable because he was supposedly in the next bedroom when a brutal murder was committed but heard nothing.But there’s another question that preys on my mind:

Who would go into their host’s bedroom at the early hour of seven in the morning to inquire about what was for breakfast? 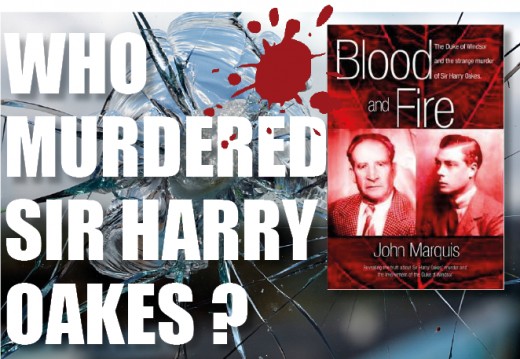 Blood and Fire: The Duke of Windsor and the strange murder of Sir Harry Oakes