The Boy in the Song: Someone Saved My Life Last Night

Home » All entertainment » The Boy in the Song: Someone Saved My Life Last Night 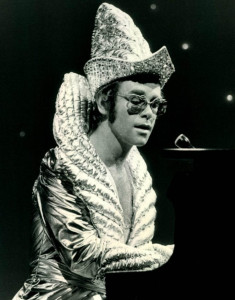 In 1975, Elton John released the album Captain Fantastic and the Brown Dirt Cowboy – which was an autobiographical record of his songwriting partnership with Bernie Taupin and his earlier days in the music business.

So who was it who saved Elton John’s life? And was this literally or figuratively? Well, it was a bit of both. Mainly, it referred to a time when Bernie Taupin and singer Long John Baldry saved Elton from what would surely have been a disastrous marriage.

Notwithstanding the fact that Elton was gay, or at the very least bisexual, he had become engaged in 1967 to a woman he had met in  Sheffield. Her name was Linda Woodrow and she was rich. She was the heiress to a fortune – from a pickle company of all things – and lived on a pleasantly comfortable trust fund. The couple moved in together and Taupin was their lodger.

Long John Baldry was a friend of both men, being  prominent on the nineteen sixties blues scene in London. And it became evident to all three men that the proposed marriage was a mistake. Elton John said:

“I went out and got drunk with Long John Baldry and Bernie and they said I shouldn’t get married. I knew they were right but didn’t know how to get out of it, so I just  got drunk and went home and said I’m not getting married.”

This momentous meeting happened at the Bag o’ Nails club in Carnaby Street in London. But it worked. Elton John didn’t marry his pickle heiress. Bernie Taupin explained that part of his motivation for talking Elton out of the marriage was something that had happened just a week previously. He had come home to find that Elton had staged an almost laughable cry-for-help suicide attempt. He’s found Elton on the kitchen floor with gas pouring out of the oven. He said:

“But I started laughing because he was lying on a pillow and had all the windows open”.

Astonishingly, despite his escape from nineteen sixties matrimony, Elton John walked down the aisle in 1984 with another woman, Renate Blauel, in Australia. Back home in England the press were having a field day and the Sun newspaper reported with wedding under the headline of ‘Good on Yer, Poofter’. Political correctness was not an issue in those days. But this marriage ended in divorce four years later. By this time Elton John was willing to admit that he was ‘comfortable being gay’.

He met his partner David Furnish in the nineties. On the first day that civil partnerships were made legal in the UK (21st December 20, 2005) they legalised their union. On the ninth anniversary of that date, they entered into a marriage, that then having become legal in Britain. They now have two sons, birthed by the same surrogate mother, who bear the surname Furnish-John.

See what Linda has to say.