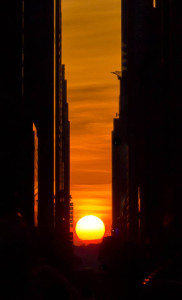 There’s this wonderful description of a New York morning hidden in an F Scott Fitzgerald short story, May Day, which he published in a long lost magazine. Smart Set.

“Dawn had come up in Columbus Circle, magical, breathless dawn, silhouetting the great statue of the immortal Christopher, and mingling in a curious and uncanny manner with the fading yellow electric light inside.”
F. SCOTT FITZGERALD

The restaurant is long gone, so Scott’s literary snapshot is all that’s left of Child’s Restaurant on the west side of Columbus Circle. 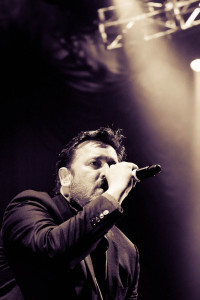 Nearly a century later Northern English singer Guy Garvey (of the celebrated band Elbow) had split up with a long time partner and decided to get away for a while. He wound up in New York City. Garvey done the John Lennon thing, an “escape from attention into blessed anonymity” in a teeming city where he wasn’t a celebrity. Where he was just some guy, hanging out in diners and writing songs.

“I enjoyed hanging round these diners, which very much reminded me of the places in Manchester where I decided to do what I did with my life, where everybody’s a writer or a sculptor or a painter, and holding down a job in order to support that. I enjoyed being that nice older English guy who comes in every day, like Ralph Richardson in the corner on his laptop!”
GUY GARVEY

Out of these New York wanderings came New York Morning. Garvey had lived in the city long enough to feel a part of the community and to feel the pulse of life in the big apple. There is a sense of real collective optimism within these lyrics. He channels Ralph Waldo Emerson into a line in this song, “Everybody owns the Great Idea, and it feels like there’s a big one round the corner”. A universal truth to be found in a New York Minute.

That every man modesty is a part of Guy Garvey’s appeal. He’s not in this for fame and fortune, and it’s one of the reasons that his songwriting continues to evolve and develop. He’s always had that knack of transforming the trials of life into something lyrical and wonderous. And clearly it’s not dependent upon being back in his native Manchester.

I  think that the reason that I love this song is that I think I’d share its sense of wonderment and joy. I’ve never visited New York City, but it remains a huge cultural presence in my life. On the day that Lou Reed died I wrote a short eulogy on my web log, and I recognized just how deep my cultural connction with the city actually is. I know that when I get there I’ll be walking the streets, days and nights without end.

Many of the writers and books that I hold dear are intimately tied to NYC. Great Gatsby. Manhattan Transfer. The Thin Man. Breakfast at Tiffanys. Another Country. Last Exit to Brooklyn, The Godfather, Bonfire of the Vanities, City of Night, Underworld... Don’t even get me started on music.

New York Morning is a song that talks of the city’s million voices, where within that talk there are answers and big ideas. It’s nothing less that a love song to city and its people.

While the sharing of ideas is accelerating, I love the idea that it would probably arise somewhere like New York where people are forced to mix and work together in order to get something done. It feels like the beginning of a sneeze, inevitable that somebody will speak the truth and we’ll all go, ‘Of course!’, and all live happily ever after. GUY GARVEY

Rather than have endless shots of Guy Garvey and the blokes wandering around gawping at the scenery Elbow decided to do something different. They made a movie about Dennis and Lois, a New York couple whose forty year plus involvement in the East Village scene saw them befriend a host of bands from The Ramones to Blondie and beyond.  The film makers met them as they were running the merchandise stand for another Manchester band, Doves, on an American tour.