Chicago is where I first set foot in America.

I arrived at O’Hare International Airport and entered the city via an airport shuttle. The sun was just breaking through the morning rain and I was dropped right in the center of town, close to the Wrigley Building. I walked around like a chump for days just gawping at the place. 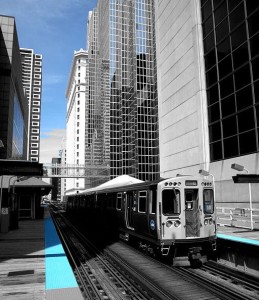 It was so fitting that Chicago was my first experience of an American city. I’d been a follower of NBA Basketball, and particularly Michael Jordan’s Chicago Bulls for years. Arriving in the city mid-way through the Bulls / Jazz playoffs added an extra frisson to the experience. Yep, I was in the bars on game days, and in the United Center itself for one of the games.

I’d also been hooked by the great TV documentary Hoop Dreams, which followed the fortunes of two inner city Chicago kids aiming to follow their basketball dreams. It was a great introduction to the poorest part of town, and was connected to earlier reading I’d been doing about the Mississippi delta migrations in the 1940s – when millions of black Americans headed north to swap rural poverty for an urban one.

The romantic notion is of musicians heading to Chicago en-masse on picturesque paddle boats after the closure of New Orleans’ Storyville. The reality was much grittier. A generation came straight to Chicago’s 12th Street station via the Illinois Central Railroad, escaping failing crops, discrimination and old Jim Crow.

No song captures the spirit of the times better that Robert Johnson’s classic.

Johnson looks fabulous in the one photograph that history’s given us. Big lapels, pinstripes, snazzy tie with a metal clip. Neatly folded handkerchief and a cocked hat. He’s looking good. Successful even. The modern bluesmen in their workshirts and overalls, hunching over guitars in some vain attempt at portraying downtrodden minstrels on rambling porches are wide of the mark.

The song, though, is quite another matter. Here’s a man trying to talk his girl, (or his audience) into joining him on that journey to the promised land. California can be seen as as a metaphor for gold and better times, or a reference to North California Avenue on the west side of Chicago, a lesss than fashionable stop on the L. The song is full of off-the-farm optimism with a hunger for that big city glamour. Full of hopes and big dreams.

Ida was a big deal in the teens and twenties – a vaudeville headliner married to a blues pianist, she worked consistently through the depression years, appeared with many of he greats, and took the stage at Carnegie Hall. Her song – also recorded by Bessie Smith – is a sad story of a runaway in fear of her life. Here Chicago is just a pipe dream –
“Late last night, I sold away and cried
Had the blues for Chicago, I just can’t be satisfied…”

Paul Whiteman’s Orchestra was the most popular band in the 20s, the biggest white band in a segregated world. He billed himself as the King of Jazz even though the stuff he played was far from that. But fair play to the fellow – he commissioned Gershwin to write Rhapsody In Blue and gave starts to the likes of Bix Beiderbecke, Jack Teagarden and Bing Crosby.

Star here though is the song. I’m not sure if “toddling” means walking with difficulty (vis a vis alcohol), or to strolling along the shore of Lake Michigan in a leisurely fashion. This is big time, swingin’ Chicago, ballroom jazz for the champagne set.

To me, walking around North Michigan Avenue, toddlin’ in the grandness and splendour of it all, the song fits the bill perfectly.

Frank Sinatra – My Kind of Town

Now we’re talking. Frank did a fine version of Toddlin’ Town but he surpassed it with this huge hit.

My Kind of Town feels very thirties – but that is partly to do with it’s role in a 1964 music film starring the core members of the famous Rat Pack.

The movie transplants the Robin Hood legend to a 1930s prohibition Chicago, and let’s face it, it’s not a classic. The song is sung in the context of an aquitted mobster but once Frank took it to top of the charts no-one remembered the movie.

Doris Day – Just Blew In From The Windy City

Calamity Jane. The biggest noise in Illinois singing about Chicagy. Whip crackaway. Great memories of this – my mum being such a Howard Keel fan. Doris is just fabulous in this one.

With a brother called Nat he spent most of his career in the shadows of fame, but he’s still touring with his Freddy Cole Quartet. Southside is a slow, nostalgic blues piano, with a cinematic reach and a supreme supper club vibe.

Elvis Presley – In The Ghetto

The darker side of Chicago came to light via an unexpected source. Elvis Presley had a comeback hit with this moving song about generational poverty: A boy grows up hungry, steals and fights, purchases a gun, steals a car, attempts to run, but is shot and killed just as his own child is born. It put Presley to the top of the charts with his first socially-conscious lyric.

Another song to continue the up-from-poverty theme – this time from a first-hand witness. Lou gives us the 411 on ghetto life – learning to fight before you’re six and overcoming unbelievable odds to just live another day. Lou’s ghetto-bred observations came to a beautiful climax in this grammy winning ditty.

In 1968 the counter culture burst onto the news screens thanks to clashes between police and anti-war protesters at the Democratic Party Convention. The ensuing trial of the Chicago Eight degenerated into a genuine happening, with an out-of-touch judge and a farce of a trial. Graham Nash happened to be in the city at the time and wrote this striking song about it. It was typical of this positive spirited singer that he’d use the song to inspire.

“We can change the world./ Rearrange the World”.

For the millions of Irish descent, the Great Famine is still a very real history and tragedy. Between 1845 and 1852 a potato blight in Ireland spread and destroyed the crops, the main source of food. Unable to pay the rents many were evicted from their homes and had to live out in the elements.

Things got very bad very quickly. Outbreaks of cholera and typhus set the county into crisis. Families could stay and die of starvation and disease or board the ships and emigrate to America. It was not much of a choice – the ships were by no means an easy option. With little more than the clothes on their backs, they boarded the coffin-ships not knowing what the future would bring.

Luka Bloom’s song is one of the finest compositions about Irish emigration to America.

All in all these songs are all about travelling to new places for a better life, yet some also show that the big city doesn’t necessarily fulfill the promise of that dream. Chicago is still a tough working town at heart – the harsh winters demand it. But judged by its music the city seems to have always attracted the hard workers and the dreamers, and has a nostalgia for  hopeful journeys past.

My own trip filled me with that big city ambition too, one of which was to move to the USA to work one day. Little did I know that within three short years I’d be flying over permanently, making my own dreams come true. It was totally unexpected, but when the opportunity arises… 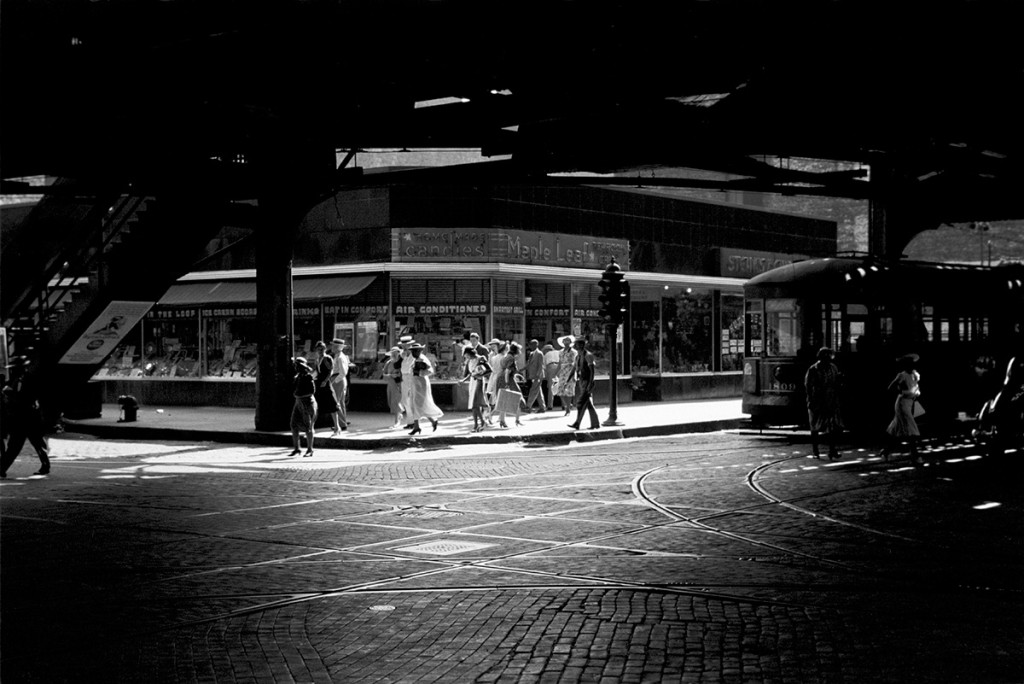