Spotlight On: Kings or Pawns, by J. J. Sherwood

Home » All books » Spotlight On: Kings or Pawns, by J. J. Sherwood 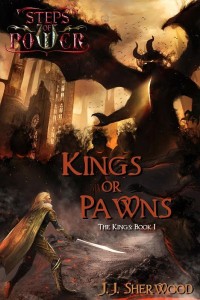 We are delighted to be a part of iRead Book Tours’ current virtual book tour for J. J. Sherwood’s debut novel, Kings or Pawns.  This amazing fantasy series is already gathering excellent reviews.  The first in a series of four, Kings or Pawns will be on tour for most of January.  Stop by iRead Book Tours to read reviews, interviews, and learn more about the book and the author.

Book Description for Kings or Pawns:

J.J. Sherwood’s debut novel KINGS OR PAWNS: THE KINGS, BOOK 1 is the first in a high fantasy epic series sure to please fans of both the science fiction and fantasy genres.

The year is 8994 P.E., and the city of Elvorium is corrupted—rotted to the core by the machinations of depraved politicians. With his father dead and the country facing a rebellion, Price Hairem becomes the king of the elven world of Sevrigel in one of its most turbulent points in history.

Young and daring, Hairem is determined to eradicate the corruption festering in Elvorium’s self-serving and all-powerful council, which thwarts his best intentions at every turn. But Hairem’s problems are far more sinister¬—and deadly—than merely political. The loyal members of the council are being savagely murdered by an assassin loosed within the city—an assassin whose brutality knows no bounds. Outside of the city, the Lord Saebellus wages a vicious rebellion against the capital. He has been thwarted thus far by the brilliant General Jikun, and Hairem is certain that the general can crush Saebellus.

But instead of continuing the campaign against the warlord, the council orders Jikun’s army to be split, sending him on a mission that furthers only their own wealth and power. Jikun knows that the council’s demands will leave Elvorium vulnerable to an attack from the formidable warlord. Although Saebellus has been recently defeated, he is far from vanquished. As corruption and death threaten to tear the city apart from within, the rebel Saebellus seizes the opportunity to lay siege to Sevrigel’s eastern capital and unleash his most powerful weapon yet: a demonic beast that neither weapon nor magic can kill. With the elven world crumbling around him, Hairem is grasping for his own power to fight against the forces that threaten Sevrigel.

Will Hairem overcome the council’s scheming and duplicity? Can General Jikun defeat the warlord Saebellus? Will this be the war that finally brings Sevrigel to its knees? KINGS OR PAWNS offers action, intrigue, mystery, and suspense—a thrilling story that will leave readers hungry for the sequel, Heroes or Thieves, to be published in February 2016. 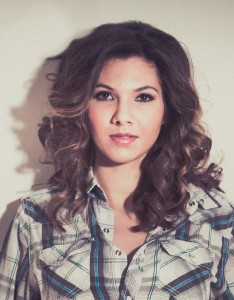