Home » Featured » What is Synesthesia? 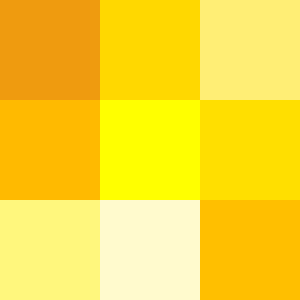 For many years, people thought I was weird –  and I’m not going to say that they were wrong in some respects – when they realised that I associated different colours to letters of the alphabet. It just seems normal to me.

Now I stop them in their tracks (Me? Weird?) with this simple sentence ‘I am a synesthete’. You might be too.

Synesthesia describes a phenomenon which, when a person is exposed to one sense, they are taken along to another,too.It’s actually quite cool. It’s not purely letters and colours by any means.

Some people might associate certain musical notes with a colour. For example, when they hear Middle C, they associate with with the colour blue. Sometimes, it’s mental images – certain people might hear music and instantly visualise a seascape,or clouds or a forest.

This has nothing to do with the associations that we have learned throughout our lives. They are instinctive and fly into the brain unprompted and with no warning or deliberate thought.

Until relatively recently, this wasn’t seen as being a ‘proper’ phenomenon (we’re just weird, right?) But nowadays, scientists are taking the study of synesthesia very seriously indeed. They realise that many functions of the brain are uncharted territory. In the books below, you’ll learn that some investigators of this phenomenon have summised that several famous people from the past have been synesthetes – this is shown, for instance, in the works of some writers. Names include Vladimir Nabokov, Duke Ellington, Nikola Tesla, Charles Baudelaire and Rimsky-Korsakov.

If you’ve ever read the novels of Joanne Harris (Chocolat for example) then it’s interesting to know that she is a synesthete – she automatically assigns colours to scents. Some people see words as shapes, tastes as touch or everyday sounds (such as  doorbell) as colours. Happily – and another counter-attack to those who see synesthetes as weird, they are likely to work in creative jobs.

Seeing colours in letters makes every word different. It’s like having a box of paints in your head that instantly mixes the colours as the word develops in a split second. For example,you might imagine that the names ‘Louise’ and ‘Louisa’ would be the same to a synesthete. Not to me – that last letter makes all the difference. ‘Louise’ is a very pale and watery yellow. ‘Louisa’ is a much more robust yellow, a little like fresh egg custard. And ‘Louis’? Yellow too but tending to head more towards gold.

Interestingly, the sound of the word is immaterial.’Louis’ is yellow-gold but ‘Lewis’ is almost green. ‘Louie’ is such a pale yellow it’s almost magnolia. I like or dislike names because of their colours. ‘Diane’ I don’t care for much as it’s a sludgy brown. ‘Diana’ on the other hand is rich brown so I prefer the name. ‘Helen’,and ‘Helena’ are the same, ‘Helena’ is a much more vibrant colour. “Helena’ is a chocolate brown but ‘Elena’ is a gentle leaf green. Its close relation ‘Eleanor’ is far more dirty-yellow, though.

Very well, maybe I am weird!

Do you experience this crossover of sensations? I have two mild physical synesthesia aspects too. I can feel high pitched sounds in my throat and there is just one taste (Gold Label Barley Wine) that I can feel  in my shoulders.

Do you experience synesthesia? Do you think it really exists?