Uncle Klaus’ Bear Family: Every Family should have one Uncle Klaus! 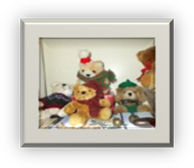 My uncle Klaus, is a one of a kind, but I’m sure others have someone like him in their families too! Our history goes back quite a long way, and every once in a while, I get a note in the mail (snail mail) with some old pictures and a little story attached to it. It always has something to do with our time together and is a memory that he holds dear.

On my part, these notes are sometimes embarrassing, as they will have a picture of me on them that I thought had been destroyed in the Great Floods of Noah’s time. Alas, once I’m over the shock of seeing myself some 50 or more years ago, I get a good chuckle and sit back to enjoy what he remembers and how much that time meant to him. After all it’s not about me so much, as it is about him. 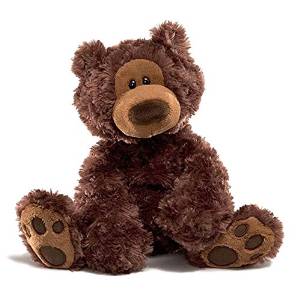 He has been with me through all kinds of trials, tribulations, good times and the hard times too! There is nothing in my life that he has not been aware of, but through everything, he just is my Uncle Klausi! If I ever need someone to lean on, who doesn’t make judgements, and is always there just to listen, it’s him.

The only ones he shares my troubles with are his amazing array of Bears, Doggies and Bunnies. That’s okay too, because the bears, bunnies and dogs, aren’t very much into talking about what they hear…..

The bears have ears and they have mouths……..but, the best thing about them is they don’t speak! So whatever us going on in your life, whether it is good, bad or indifferent, they will listen, smile and just take everything you say in and it stays there. No gossip required. That is until the lights go down! Who knows what those bears are talking about amongst themselves.

According to Uncle Klausi, they do talk amongst themselves at night. In the wee quiet hours of the morning, he can hear them whispering to each other and sometimes even giggling.

He seems to think that the bears are very wise and what humans are getting all bent out of shape about, is a whole bunch of nonsense.

The next day, whatever troubles you have laid on the bears, seems to look and feel completely different in the morning light.

There are some people who have made bear collecting a hobby and for those people, they know their bears!

Bear Collecting – How do you know which ones are the ones to keep or the ones to play with?

A Collector’s History of the Teddy Bear

You need to know the history in order to appreciate what the bears are all about.

Judith Miller has a comprehensive Collectors Guide to Teddy Bears that you might find interesting. There is lots of history about the makers of some of the most famous bears and more.

A Collector’s Guide to Teddy Bears

Who hasn’t had a teddy bear, that became their best friend? This bear is just like my granddaughter’s bear “Alfie”. Alfie, has been a great help and a great friend to her, especially when she was hospitalized….

Some bears are collected for profit, but, not everyone collects bears for profit. Some collect bears just because they are irresistible!

Myself, I fall into both of those categories. I can remember my mother in law, she loved china dolls, but once she had had enough of those, her eyes and heart turned to the one toy that really speaks to all boys and girls. Where the china dolls were more geared to the girls, Teddy bears had a universal appeal to both boys and girls.

My Uncle Klausi, would not have any china dolls, but bears…..bring them on! He still has two or three of them on his bedside table and will not go to sleep without making sure they are covered up. And no he is not senile, he just loves his bears.

Even my own grandchildren, have their special bears. Neither one of my granddaughters will go to bed without their special bears, right there on the pillow, sharing their blankets and their dreams. Coco and Alfie belong with their respective girls and heaven help anyone who cannot find them at bedtime.

Do you still have your teddy bear? – What’s the one toy that you still have from your childhood?
Bears are so much fun, and their faces and bodies speak volumes. My own son had a bear named “Raffiki”! He named the bear after reading, that the name meant “friend” in Swahili! He lost this bear somewhere ( no I don’t know where it went) and to this day is still looking for one that is just like him. My greatest hope is that one day I will find one just like it, but that hasn’t happened yet!
I’m still looking.

What is your favourite childhood toy?

Let me know in the comments, I would love to hear from you!