Home » All society » The Glass Delusion 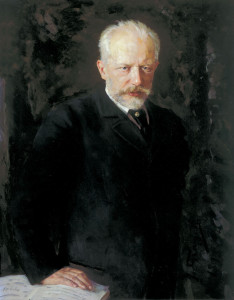 Towards the end of the 14th century in the Parisian royal residence of Hôtel Saint-Pol, Charles VI, once ‘the Beloved’, became known as ‘the Mad’ due to his bouts of insanity. He suffered many delusions from forgetting his own name and title to, most unusually, wearing reinforced clothing as he believed he was made of glass so likely to shatter into millions of pieces.

The curious condition spread through Paris to wealthier homes all across Europe and became popularly known as ‘The Glass Delusion’. Another famous sufferer is believed to be Tchaikovsky, as a common myth stated the young musician was terrified that if he did not hold his chin while conducting his head would fall off.

Following reports of fragile heads accounts of other glass body parts appeared, from hearts to arms, as the Italian monk Tommaso Garzoni recorded. Yet suddenly, by the late 17th century, the medical mystery of Glass Delusion vanished as strangely as it had appeared.

One explanation is that the mysterious condition is an illustration of how some illnesses can change or develop as new technologies appear.

This can be seen by looking through the history of glass.

The earliest records of naturally occurring glass date to the Stone Age where volcanic obsidian was crafted into blades but also polished to create mirrors. Then the first true glass was seen in Ancient Egypt. Isolated developments in the evolution of glass continued but it was not until the 1200’s when Venetian glass blowers began to create and popularise glass throughout Europe by making and trading stained-glass windows.

Glassmaking remained in Italy, but by the 14th century the island of Murano became the new home of luxury. Here many new techniques of production were developed and a healthy trade of ornaments and mirrors was established to the wealthy. The surge in popularity and exports of new glass items correlates with Charles’ delusion so, while explaining why as the wealthiest he was the first to afford it, could explain links between unfamiliarity towards the new types of glass and the creation of the condition by it latching onto this feeling. It could also be argued the kings delusion acted as a catalyst for the spread of the illness as Charles, while perhaps not at the centre of fashion due to his unpopularity as a weak monarch, was certainly in the public eye, so intrigue and news would have spread around glass with the new delusion attached to it.

The same idea applies to the 1440’s as, after the introduction of the printing press by Johannes Gutenberg, the increased numbers of reading glasses correlates with a spike in cases of Glass Delusion amongst the wealthy. Glass continued to grow in popularity in the 15th to 17th centuries so accounts for why the Italian monk recorded so many cases in Italy at the hub of production. The growing popularity would suggest an increase in cases, not the dramatic decline from the late 17th century. However, while still reserved for the wealthy, it was viewed less like a new technology and by the early 20th century the delusion vanished with the introduction of mass production as it had lost all novelty and unfamiliarity. It’s impossible to be certain of a causal relationship between the popularity of glass and cases of the delusion, but the history of each fit to create a story as intriguing as the illness itself. Technology is one of the most rapidly changing aspects of many lives and increasing numbers of activities require its use so, more than any other development, new technologies lend themselves to speculation from the 14th century to the present day.