Home » All society » The Last Taboo

How do you tell someone they … stink?

I think it must be as difficult today as it was for me 40 years ago.

In the early 1970s I worked as a clerk in an East London Youth Employment Service. My job was to register young people under 18 for work and help them find a job. They had to sign on twice a week to get their unemployment benefit, which included checking with me to see what vacancies were on offer.

At that time the employment scene was buoyant and there were jobs for most who wanted them. These included manual jobs that have long since vanished: van driver’s mate; traction trainee on the railway; chain boy on building sites (they held the pole for surveyors).

These were jobs that suited hulking lads with few qualifications who needed something practical, outdoors and well-paid. The few girls who registered tended to want indoor work – usually in offices or shops – and there were jobs in abundance for them, too.

So those who signed on for more than a few weeks tended to be hard cases, wanting some form of work, but on terms that rarely coincided with those offered by the employer.

They would start a job, try it for a few days, a week maybe, but someone or something would trigger their discontent. A sarcastic or harsh word from one, a ‘funny look’ from another, or the grinding reality of performing the same repetitive task, would trigger a bout of absenteeism, followed inevitably by their dismissal.

However, one young man, George, really wanted to work. He aspired to be a clerk, and on the surface this did not seem unreasonable. He had a GCE in English and a RSA in Civics, so in theory there should have been a job for him somewhere.

But George had a personal problem. He smelled bad – very bad. Every time I saw him I thought of that poster on the London Underground: ‘Someone isn’t using…’, followed by the name of a deodorant, which showed a sweaty person, oblivious to their own pong, with others nearby wrinkling their noses at the noxious offender.
George’s BO was also compounded by his rather discouraging appearance. He had a long lugubrious face, framed by a greasy mop of hair, and he peered through thick lens glasses that magnified his eyes. The rim of dirt visible on his shirt collar suggested the greyer things to be found at deeper levels, mercifully hidden from public sight, if not from noses.

I sent him for job interviews, but he was turned down every time, and I would often catch an earful from the employer for George’s visitation on them.

“Why don’t you do-gooders tell him to have a wash,” was the common refrain. But do-gooders rarely tell others to wash, and although I thought of polite ways to tell George he stank, I always chickened out at the last minute.

So I discussed the problem with fellow Bob Cratchits in the office. One or two of the more liberal sorts, tuned into the then fashionable study of sociology, sympathised with George, pointing to the poor neighbourhood he came from. But most had no time for such niceties. “Even if you’re poor, you can still keep clean”, was the most common refrain.

But George existed, he wanted to work, his surname had a ‘T’ in it, so was allocated to me, and I needed to either drag him down to the River Roding and set about his person with a bar of ‘Lifeguard’ and scrubbing brush, or find him a job.

This situation went on until a vacancy came through from a local employer.
“We’re looking for a male clerk. Females don’t stay five minutes here.”
I sent George. The manager phoned me later. ‘Yes,’ he said, “he’ll fit in nicely.”
I replaced the phone, not quite believing my luck.

The factory turned the skin and bones of slaughtered animals (and it was rumoured the bodies of murdered gangsters) into glue. The ordure from the site was notorious in the district. George had found his niche at last. 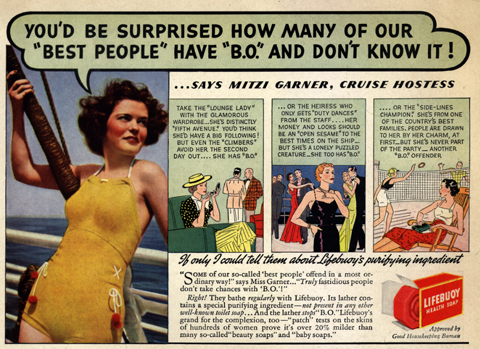