As I walked Blackstone Edge, above Ripponden, I could see the rain coming my way. It was falling on Manchester in the distance, but the wind was blowing it fast into Yorkshire.

I was on my way to see the ‘Rain Stone’ – my fifth journey to find the six ‘Stanza Poems’, all carved on rock, and all bearing poetry written by Yorkshire poet, Simon Armitage, and chiselled by artist, Pip Hall and her apprentice, Wayne Hart. 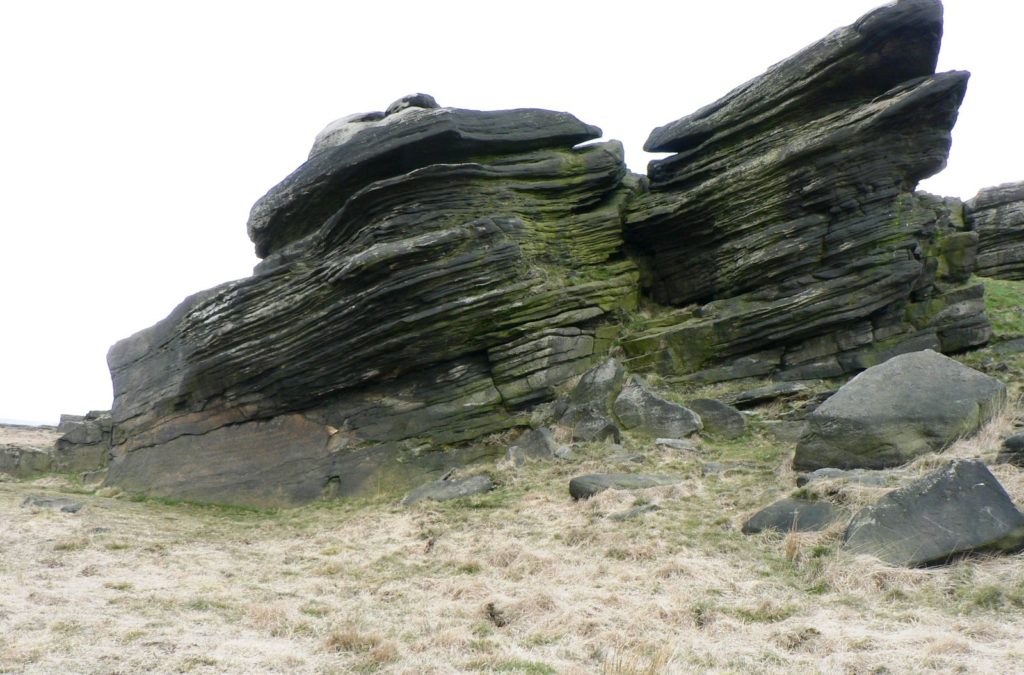 A mile or so along the Pennine Way, with views extending to the Welsh mountains on the horizon, I saw it ahead. At Cow’s Mouth Quarry, a stone outcrop dominates the skyline. 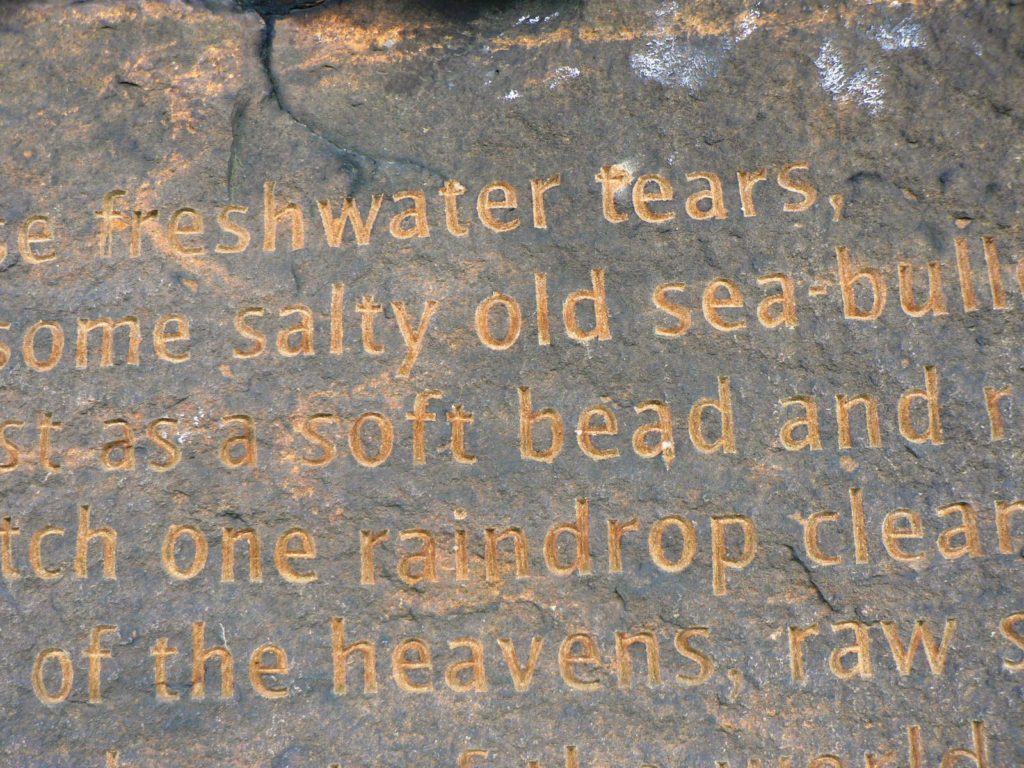 At its base the poem spreads across the rock:

Be glad
of these freshwater tears,
each pearled droplet
some salty old sea-bullet
air-lifted out of the waves,
then laundred and sieved,
recast as a soft bead
and returned.

And no matter how much
it strafes or sheets,
it is no mean feat
to catch one raindrop
clean in the mouth,
to take one drop
on the tongue, tasting
cloud-pollen,
grain of the heavens,
raw sky.

Let it teem, up here
where the front of the mind
distils
the brunt of the world. 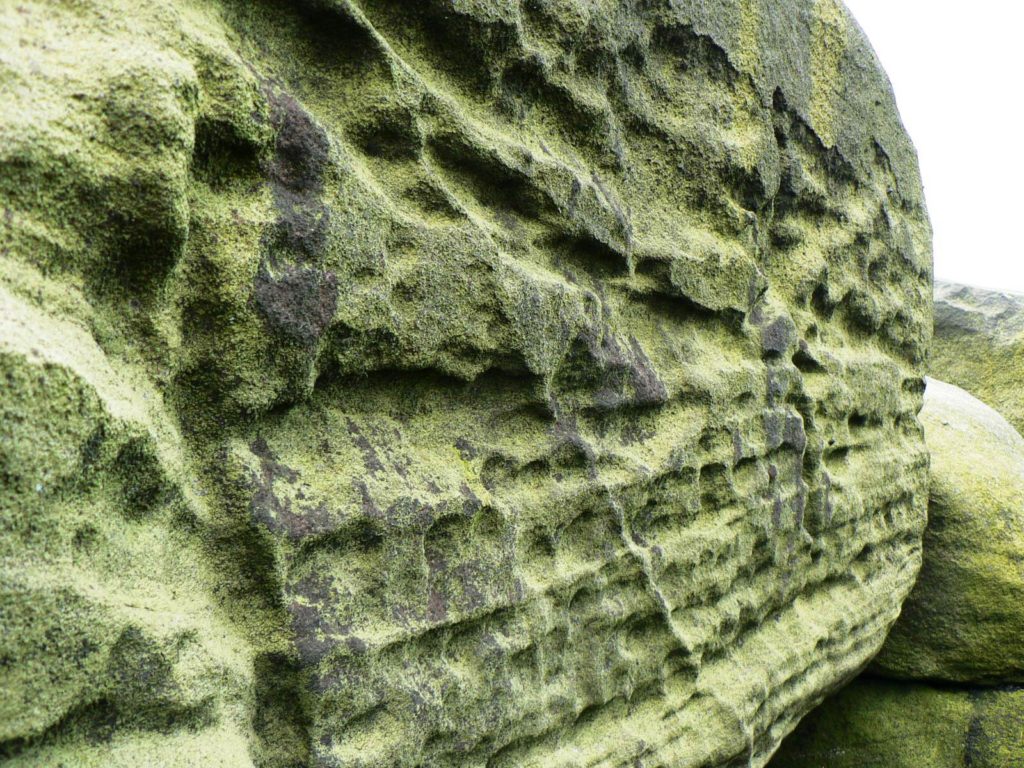 The six ‘Stanza Stones’ poems celebrate water in all its forms: snow, rain, mist, dew, puddle and beck and were commissioned in 2010 by the Ilkley Literature Festival in the run up to the 2012 London Olympic and Paralympic Games. 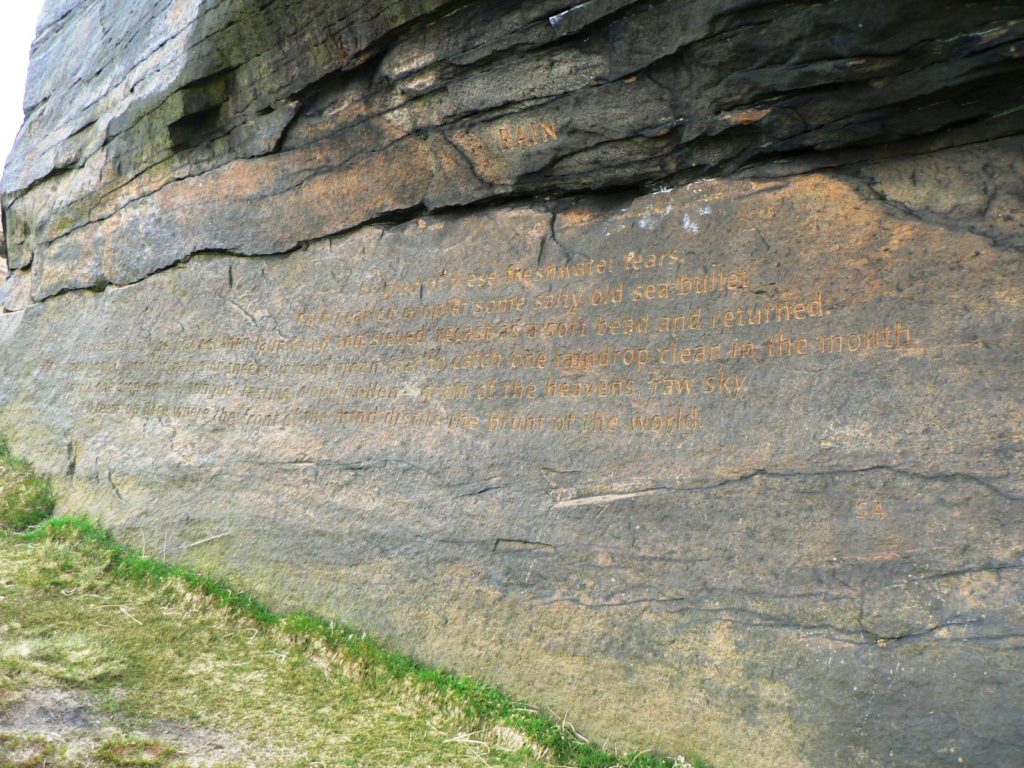 The stones were either placed in position or carved by Pip Hall on existing rocks at six publicly accessible locations across the Yorkshire South Pennines. A seventh stone, simply carved with the message, ‘In Memory of Water’, was placed in an unnamed location – waiting to be found. 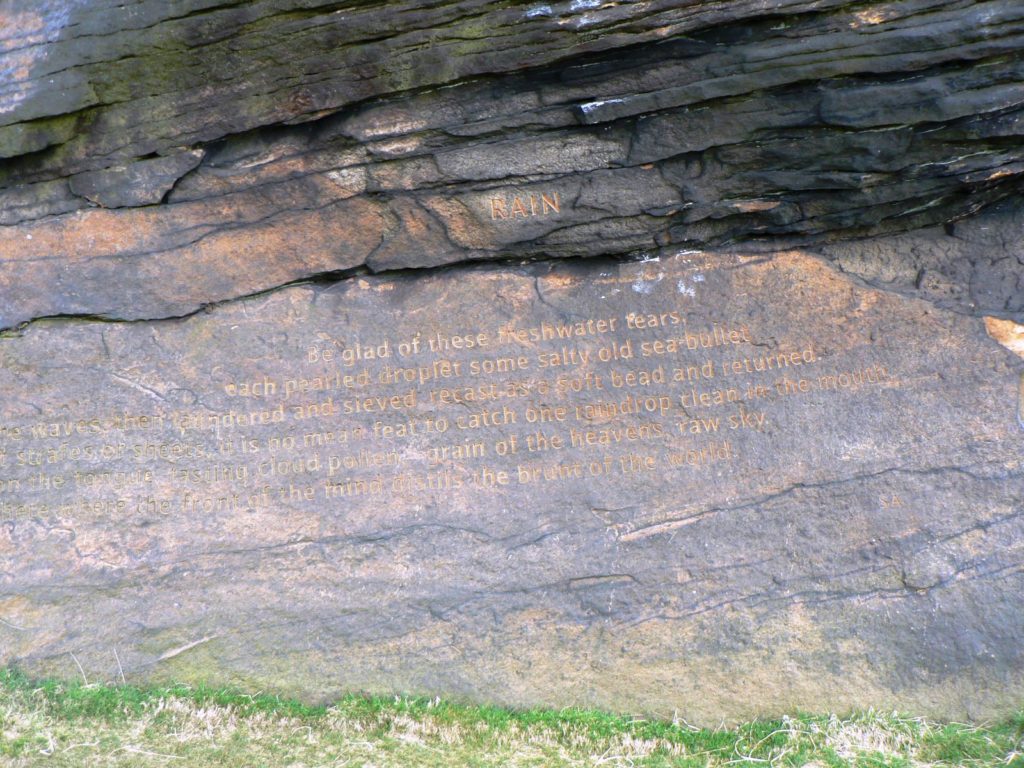 The ‘Rain Stone’ was carved directly on to the rock outcrop. Pip Hall said of her task:

‘This was the coarsest gritstone of all the Stanza Stones, and more than once the quartz crystals chipped my tungsten chisel.’

You can see abandoned evidence nearby of other carving efforts; Tony had given up early, and instead used white crayon to declare his love of Elsie. This will be soon worn away, as will the ‘Rain Stone’ in time.

” Let it teem …” Only the rain, the eternal persistent rain makes its long term mark on the landscape here. 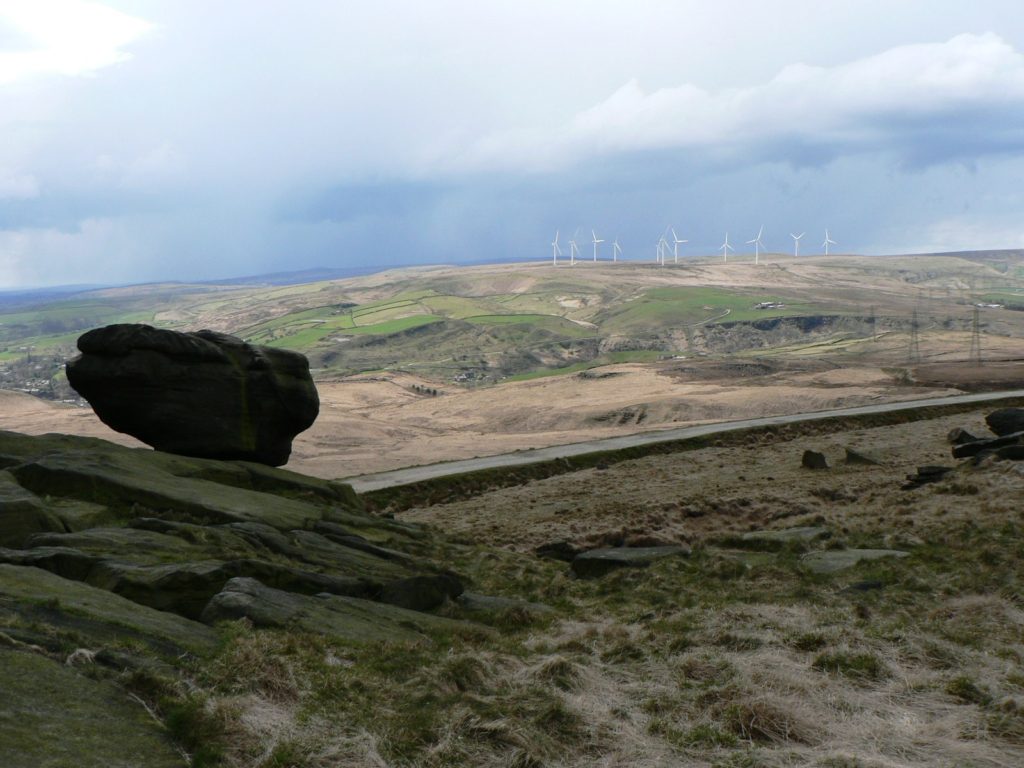 There is a celebratory book about the Stanza Stones, signed by Simon Armitage, found here.