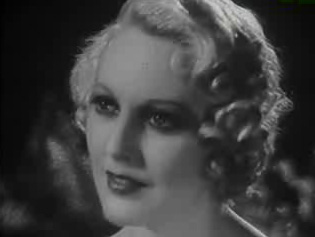 On a Monday morning December  1935, Thelma Todd’s body was found. She was in a car that was parked in the garage of her lover, Roland West. It was the exhaust fumes from the Packard convertible that had caused her death.

Police rushed to the scene above the Pacific Highway between Malibu and Santa Monica. They took photographs, questioned locals and discovered that Thelma had bruises and that her face was splattered with blood. Was this a murder scene?

Who was Thelma Todd?

Few people in America in the nineteen-thirties didn’t know her name. She was a Hollywood star who had been in movies with popular acts such as Laurel and Hardy and the Marx Brothers. She was known as ‘The Ice Cream Blonde’.

When the ‘talkies were developed in the late twenties, many movie stars could not survive because they had the looks, but not the voice. Thelma was an exception though and she specialised in the ‘wise-cracking dame’ roles.

But who would want to kill her?

Thelma was divorced.  Her ex-husband was producer and agent Pat DiCicco, known to be a violent man. She had several affairs after her marriage and also had  live-in lover – director and married man Roland West. Together they had started a business – the Thelma Todd Roadside Rest café on the Pacific Highway. They had unusual living arrangements upstairs. There were two apartments – they had one each – which were connected by sliding doors. West was still married to his wife actress Jewel Carmen and owned a home just behind the café, up a series of steep steps.

But the affair was beginning to fade away. West was eighteen years older than Thelma and she was without a doubt a party girl. She had been at a party – without West – on the Saturday night before she died. Her ex-husband had been there too and words had been exchanged. She had too much to drink – not unusual – and was driven home by a chauffeur.

Sid Grauman called West who was at home in his apartment to let him know that Thelma was on her way home. But Thelma and West had argued before she went to the party and he had locked the doors so Thelma couldn’t get in.

At the inquest several suspects emerged as did some very confusing evidence:

The investigation proved only that Thelma Todd had died because of the exhaust fumes. Here is the rough chronology of the case: 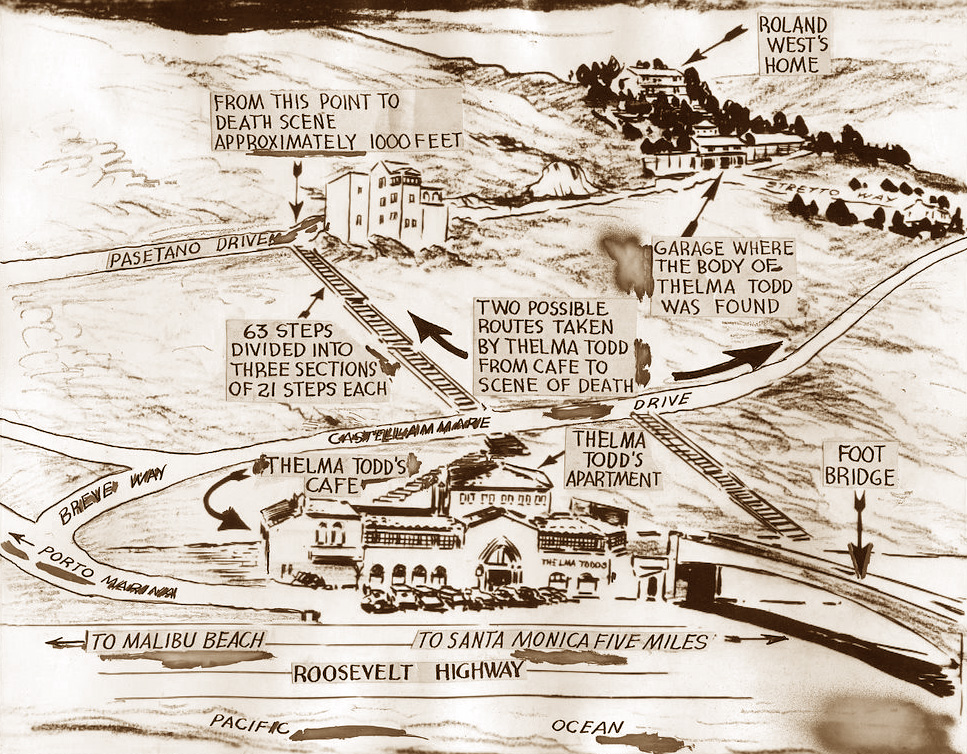 So who did kill Thelma Todd?

The Life and Death of Thelma Todd

No-one was ever prosecuted. But Roland West was assumed by many to be guilty and his career was ended. But there is another theory. Thelma was evidently approached by gangster Lucky Luciano who wanted to open a gambling establishment above the café. She turned him down

It’s said that several people knew only two well that she had been murdered by his cohorts but naturally no-one, including authorities, would accuse him for fear of reprisals. But in David Niven’s memoirs, he quotes fellow actor Clark Gable telling him that:

“Thelma Todd was knocked off by gangsters”.