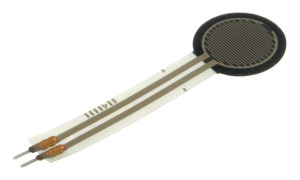 An example of a flat sensor

Kenneth Shinozuka gets my vote for young inventor, especially since his invention aids Alzheimer’s Caregivers.  He has invented a sensor to tell when someone with Alzheimer’s is getting up to wander.

Wandering can be a serious problem with Alzheimer’s.  Not only risky for the patient, but very difficult for the caregiver, especially when living at home.  It’s a very common occurrence, happening to about 65% of those with Alzheimer’s.  Some may only wander occasionally, others more than a dozen times a night. They risk falling, getting injured another way,  or even the danger of leaving the house and getting lost.

Young Mr. Shinozuka invented the sensor, then learned how to make an app for smart phones that would alert the caregiver.  Since the sensor is placed on the heel of a sock, shoe or the foot itself, the sensor would alert as soon as the patient put his/her foot on the floor.  Ingenious, easy to use with an app, and incredibly effective.  In his tests it worked every time! 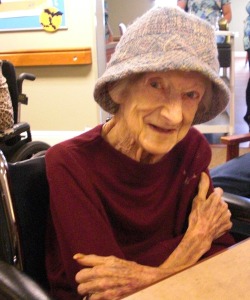 This young man has been inventing since he was only six years old.  At that age he invented an alert that would signal bathroom falls.  At age seven, he invented a smart medicine box with a flashing light and beeping sound that would remind a person to take a particular medication.  Another invention that would be a wonderful aid to so many seniors.  Even those without any dementia often have trouble remembering to take their pills, or IF they have already taken them.  Sometimes medications themselves can cause the confusion.  For the specific medication slot to light up would help immensely.  And this created at age seven!

Moving forward a decade, in 2014, at age fifteen, he was awarded the Scientific American Science in Action Award for his sensor.  With that award came a $50,000 prize.  The invention also put Kenneth in the Google Science Fair as one of fifteen entries out of thousands from ninety different countries.  While he did not win the overall award, he was named  the “Science In Action Award winner in recognition of the practical potential of his project ‘Wearable Sensors for Aging Society.’ ”

Since our family has had a family member with Alzheimer’s for over fifteen years, this particular invention is very significant to us.  It’s use in a family home or in a residential care facility would be of immense value.  While I don’t know how what the cost would range, it looks like it might be a lower cost method of watching our loved ones.  Since falls often cause head wounds or broken bones, a sensor could eliminate some of that risk.

I will so look forward to following Kenneth and his future inventions.  It’s a wonder to me to read of how early he started creating solutions to issues around him.  There is no doubt in my mind that the sensor will be available to many in the near future. It will be wonderful to watch him through college and career.  Bravo Kenneth!