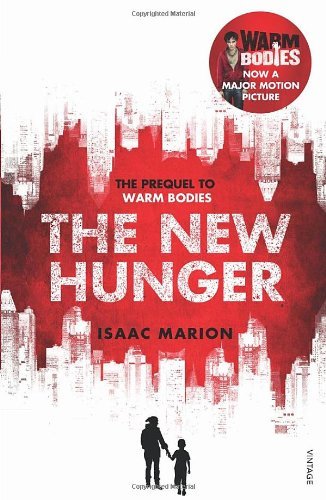 By Isaac (usa) Marion The New Hunger: The Prequel to Warm Bodies

If you’re lucky enough to be jetting off this summer but still battling with a tight luggage allowance, one thing that may get left behind is that pile of holiday reads. One solution is the eBook but another could be the novella. Novellas are far smaller than most novels but more substantial than a short story, allowing you to still become encapsulated in a literary world; making them a perfect way to indulge in a distraction whilst traveling. They can also be read easily in one relaxing morning as they are quite literally a ‘little novelty’ according to the Italian translation of the word.

They remain short by focusing on one character, rather than taking detours to subplots, and gradually unfold the linear backbone of the story to end with a conclusion – all within around 20,000 words making it readable in a cinematic timeframe. Good novellas are satisfying purely because of the chance to witness the author’s precision and ability to create the illusion of worlds and characters within a few sentences, compared to a few chapters, while still distilling the same emotion, not stifling development and remaining focused. When the seemingly simple but often challenging construction of the novella is revealed the many parts played by the author are even more laudable. So here follows three novella recommendations that, while small (and importantly light!), still carry their weight against most novels.

The New Hunger by Isaac Marion

The newest novella on this list is the prequel to the bestselling zombie love story Warm Bodies. ‘The New Hunger’ was released when the film adaptation hit cinemas in 2013 and tells the backstory of the main characters in the setting of a newly disaster-torn earth. When the author, Isaac Marion, was asked about why he chose to write a novella he explained that he wanted to develop the characters but said ‘stretching it into a standard-length novel would only dilute it’ and that ‘every story has an ideal natural length’.

The Royal Game (or Chess Story) by Stefan Zweig

Love or hate its precise colour pallets, perfect symmetry and use of the font Futura – one of the most successful films last year was undoubtedly The Grand Budapest Hotel. While most are aware of the signature brand of filmmaking, few are aware of one of the largest sources of inspiration behind it; the life and work of Austrian author Stefan Zweig. Up to now Zweig has been largely forgotten but thanks to The Grand Budapest Hotel I have been introduced to his work. You can easily acquaint yourself with his writing by picking up a copy of The Royal Game (also known as Chess Story); a story which, though literally light enough for a suitcase, possesses great depth. Passengers on a ship from New York find themselves in the company of an arrogant chess champion who challenges and defeats his shipmates until a mysterious doctor emerges to advise them and reveals, though out of practice, he is incredibly knowledgeable of the game’s strategy. Though only around 70 pages long, this story of a game of chess is a riveting psychological tale with plenty of room for the readers own thoughts and interpretations.

The Metamorphosis by Franz Kafka

This small book contains one of those typical plots that are hankered after in a good pool side read…well maybe not. In this famously absurd tale a man, Gregor Samsa, awakes to find he has transformed into a giant bug and thus loses his job while his family reacts in horror and he readjusts to becoming an outcast. Unexpectedly it promoted the most sorrow I’ve felt towards a character in a while and now if I ever encounter a cockroach I will look upon it fondly as I call it Gregor…well again maybe not quite. Nonetheless, it’s a short read that prompts the same feelings of sadness and incomprehension in the reader as it does in the protagonist and is strangely captivating enough to easily drown out the noise of a busy airport.